By Lewis Pennock For The Daily Mail

Family members of the late Lord Janner claim the Government’s child sex abuse inquiry risks becoming a ‘kangaroo court’ when it probes evidence against him.

They fear the inquiry could turn into a ‘macabre show trial against a dead man’ when hearings begin to assess allegations which date back to the 1950s.

Lord Janner, the former Leicester West Labour MP, was also accused of abuse by Carl Beech, the fantasist known as ‘Nick’ who concocted false claims of a Westminster paedophile ring.

A strand of the Independent Inquiry into Child Sex Abuse (IICSA) is expected to investigate why Lord Janner was never charged over earlier allegations.

His son, Daniel Janner QC, told an IICSA hearing yesterday: ‘He and he alone is the only individual singled out for a strand.

Mr Janner questioned why his father was ‘singled out for a three-week hearing of allegations with no right of reply’.

‘The public would rightly ask, ‘why devote a whole strand to this individual, if he was not guilty? no smoke without fire’.

‘This offends the golden thread of British justice. Innocence until proven guilty.’

The IICSA is to examine claims made against Lord Janner in sessions which are slated to begin in February.

But that element of the inquiry could be postponed until next October after it emerged a former police officer could be charged over the way original allegations against Lord Janner were dealt with.

Several claims of sexual abuse have been made against him dating as far back as the 1950s, earlier hearings of the inquiry were told. 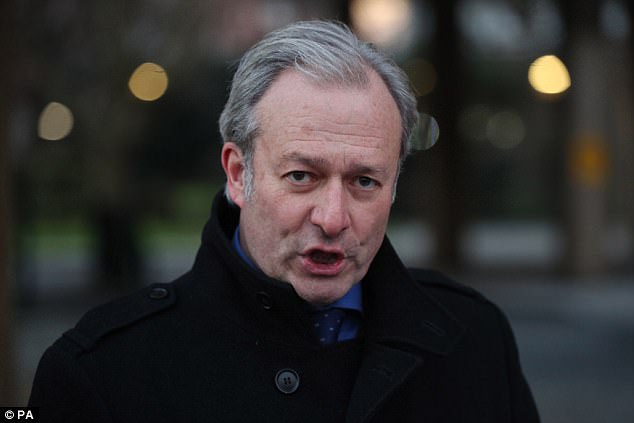 Lord Janner’s son Daniel Janner QC told an IICSA hearing yesterday: ‘He and he alone is the only individual singled out for a strand.

He appeared at Westminster Magistrates’ Court in August 2015, while aged 87 and suffering with dementia, over 22 abuse charges, but died that December before a trial of facts could take place.

A separate inquiry into the decision not to charge him sooner also found failures were made by prosecutors and police.

Mr Janner said the IICSA’s strand of inquiry into claims against his father was ‘patently unfair’.

Yesterday’s preliminary hearing was held to establish how the evidence against Lord Janner would be heard.

Professor Alexis Jay, the chairman, was told the February hearings may need to be postponed after the Crown Prosecution Service was handed a file for ‘consideration of criminal charges’ against a single officer involved with the initial allegations against Lord Janner.

The IICSA is expected to look at why Lord Janner was not charged sooner.