Hollywood star John Rhys-Davies shamed MPs last night as he accused them of ‘betraying democracy’ by failing to deliver Brexit.

In an extraordinary moment on the BBC’s Question Time last night the Indiana Jones and Lord of the Rings actor, 74, was given an ovation by the audience – and would later tear into those who oppose Donald Trump’s proposed state visit.

He said that in his life he had ‘never seen such a level of anger’ about MPs failing to deliver the result of the 2016 EU referendum.

He went on: ‘The mood of the people I’ve been talking to – and I do not mean hotheads or loose talk in the pub – I’m talking about considered grown ups who work for a living, who think for a living, and have had to make economic decisions for themselves, I have never seen such a level of anger’.

Addressing the MPs on the panel directly he said: ‘I do believe every member here went into politics in order to do their best for the people who elected them. But your primary objective is to preserve democracy and whatever you may feel, you have betrayed democracy’.

The acting star, who found worldwide fame starring as Egyptian excavator Sallah in Indiana Jones’ Raiders of the Lost Ark, was also involved in an incredible row with Caroline Lucas over allowing Donald Trump a state visit to Britain in June.

Confronting her over her opposition to the trip he said: ‘He’s elected head of state of a great democracy, the last best hope for man kind, of course. He represents the American people’. 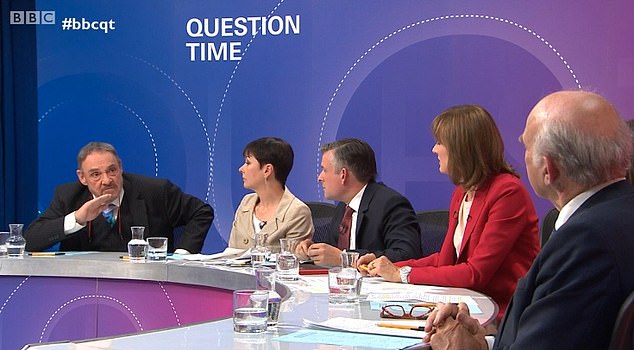 The actor, 74, turned to MPs on the panel including Sir Vince Cable, far right of picture, and told them: ‘Your primary objective is to preserve democracy and whatever you may feel, you have betrayed democracy’ 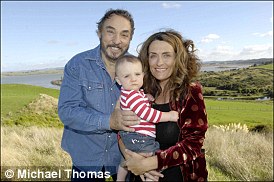 It is not the first time John Rhys-Davies has been involved in a political row.

In 2004 he became embroiled in a row after remarks about immigration.

He said Europe faced a ‘demographic catastrophe’ in the next 20 to 30 years because of Islamic immigrants coming to the continent. His comments were seized upon by the BNP, who made a Lord of the Rings inspired pamphlet based on his words.

Born in the Carmarthenshire-village of Ammanford, John Rhys-Davies was brought up in Tanzania where his father was a colonial policeman.

He became head boy at his minor public boarding school in Truro, Cornwall, before studying history and literature at the University of East Anglia.

He then taught for a year at a secondary modern school before deciding to train as an actor with RADA in 1967.

Professionally, he carved a niche playing character roles in films such as the 1980 hit Shogun, Raiders Of The Lost Ark in 1981 and the Bond movie The Living Daylights in 1987.

But it was his role as Gimli in the Oscar-winning Lord Of The Rings trilogy that brought him global fame – and also led to him finding love.

In 2004, while appearing on New Zealand television to talk about the films, he met his current partner Lisa Manning . They have a daughter (pictured together in 2007). John was still married-to his wife Susie, with whom he has two sons, Ben and Tom, now in their forties. Susie battled Alzheimer’s and died in 2010. They never divorced.

Susie, a former translator who was 13 years his senior and whom he met as an undergraduate, was ill for more than 25 years.

In a rare 2007 interview he admitted he was ‘a complete s***’ to his wife. ‘I was never there for her. She deserved far, far better than me. She was a remarkable and wonderful person and I was just too young and stupid to understand it’.

While John was pursuing his career in LA in the early Eighties, he and Susie decided their marriage was over. But they kept their estrangement hidden from their sons, who were at boarding school. For the sake of Ben and Tom, they continued to have family holidays.

When Ms Lucas replied: ‘He lost the popular vote by nearly three million votes’ the star hit, banging on the table shouting: ‘Oh woman! Any system of election has its problems’.

Viewers were split on the row – some supportive, others branding him: ‘Thuggish and sexist’.

Dr Lauren Gavaghan said: ‘John Rhys-Davies loses it & screeches ‘oh woman!’ like a petulant child at a dignified & calm Caroline Lucas when faced with nothing but a simple fact. This is precisely why facts are so key in public debate these days. ‘

Remain campaigner Femi Oluwole tweeted: ‘Did anyone else feel genuinely worried for Caroline Lucas in this moment? John Rhys-Davies may sound posh, but that was thuggish behaviour by anyone’s definition. (sexist too)’.

Mr Farage said yesterday he is planning to take on the Tories and Labour in the next General Election.

The leader confirmed he wants to run candidates for Parliament in future to stop MPs blocking Brexit.

His new party is on course to come top in next month’s EU elections just months after it was founded.

In an interview with The Sun, Mr Farage pledged to use the Brussels poll as a ‘springboard’ to take the party into power in Westminster.

Her ministers yesterday urged Theresa May to get on with delivering Brexit after she shelved vital legislation again in the face of continued opposition in Parliament.

No10 had hoped to bring forward the Withdrawal Agreement Bill next week to get a version of Mrs May’s deal through Parliament in time to cancel the European Parliament elections on May 23.

But it was missing from yesterday’s list of legislation to be considered by Parliament next week, and Tory whips have privately told ministers the idea has been put on hold for at least a week while Mrs May tries to secure enough backing for it.

Whitehall sources said the slow pace meant there was now almost no chance of avoiding the European elections, when the Tories are expected to take a pounding from Nigel Farage’s new Brexit Party. 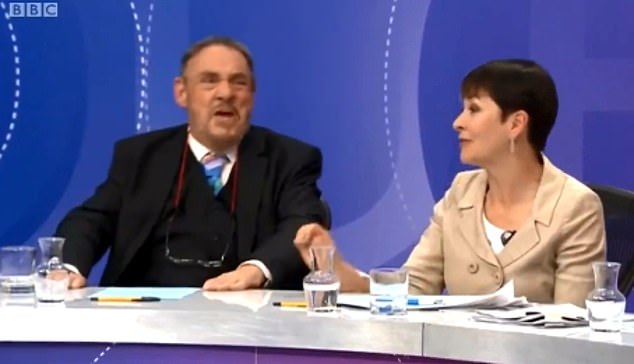 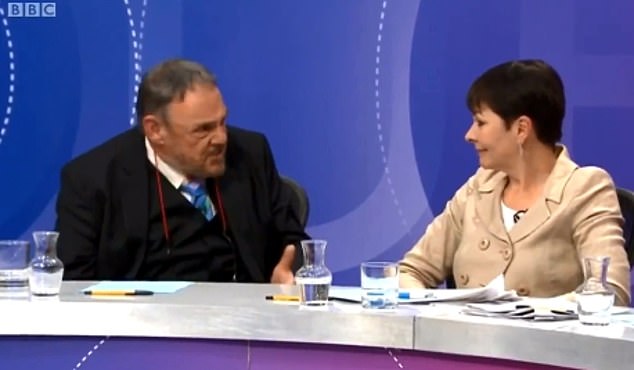 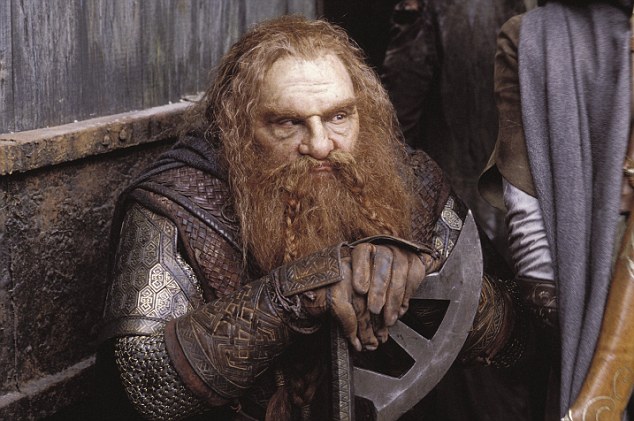 John Rhys-Davies, pictured playing Gimli in the Lord of the Rings trilogy, has enjoyed a glittering career on stage and screen

Mrs Leadsom told MPs she was ‘personally upset’ at the failure to deliver Brexit, urging Mrs May: ‘It is vital that we bring in the Withdrawal Agreement Bill, to give the House the opportunity to make progress on delivering on the will of the people.’