Lord Sugar insisted that every candidate on the new series of The Apprentice was double vaccinated as he reveals the show’s ‘Covid criteria’ was more stringent than Strictly.

The Apprentice boss, 74, revealed entrepreneurs competing for his £250,000 investment had to be jabbed after he counted taking a ‘harrowing’ total of 79 Covid tests since the start of the pandemic, leaving him with a ‘broken septum.’

Speaking to MailOnline, Lord Sugar confirmed viewers of the BBC One series ‘will not see one mask’ throughout the show’s 12-week run – after Strictly bosses allowed anti-vaxxers to compete on the dance show last year.

‘You will not see one mask’: Lord Sugar insisted that every candidate on the new series of The Apprentice was double vaccinated as he reveals the show’s ‘Covid criteria’ was more stringent than Strictly

Lord Sugar said: ‘Candidates did have to be double vaccinated before taking part this year. The Covid protocol was harrowing to put it simply.

‘My last count was that I have done 79 Covid tests, I haven’t got Covid, but I’ve got a broken septum in my nose. Obviously, the criteria were they had to be double vaccinated, absolutely.

‘One thing I can tell you is that you will not see one mask throughout the whole of the 12 episodes. It was a very difficult thing to do.

‘This shows you how great and resourceful people can be in problems, which is what us British are good at doing. The challenge of doing this thing through Covid, we took it in our stride. In a funny way, some great things came out of it. 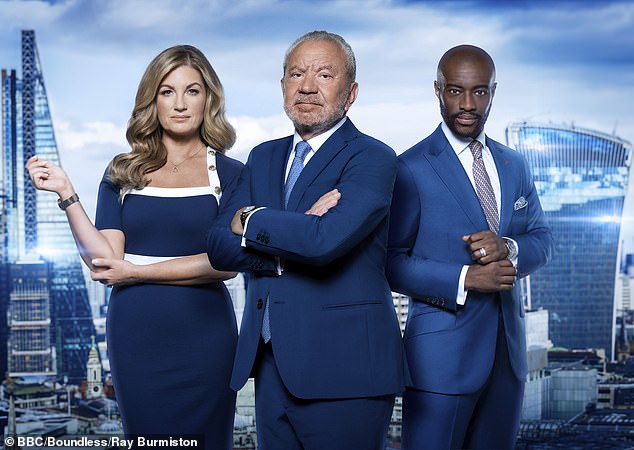 ‘I’ve got a broken septum’: The Apprentice boss revealed entrepreneurs competing for his £250,000 investment had to be jabbed after he counted taking a ‘harrowing’ total of 79 Covid tests during the pandemic

‘It is a great series and we’re all 100 per cent delighted to be back and when you’re away for a couple of years like we were, you get back into the swings of things very quickly so you can look forward to a few fireworks from me and some wonderful contribution from Karren and Tim.’

Lord Sugar’s business advisor of ten years, Karren Brady, 52, added: ‘It was a mammoth task in itself keeping everyone safe that was the priority of the production team and everybody involved.

‘As Alan said it was constant testing and we maintained social distancing where we could and we wore masks when we weren’t filming but Tim and I keep our distance anyway so they weren’t that close to us at any point aside from in the boardroom.’

The last series of Strictly was embroiled in controversy after it was reported some of the pro dancers had not been vaccinated.

It led to concerns their celebrity dance partners could pull out of the show as a result. Strictly bosses admitted they could not force the professionals to have jabs but insisted safety measures were always put into place. 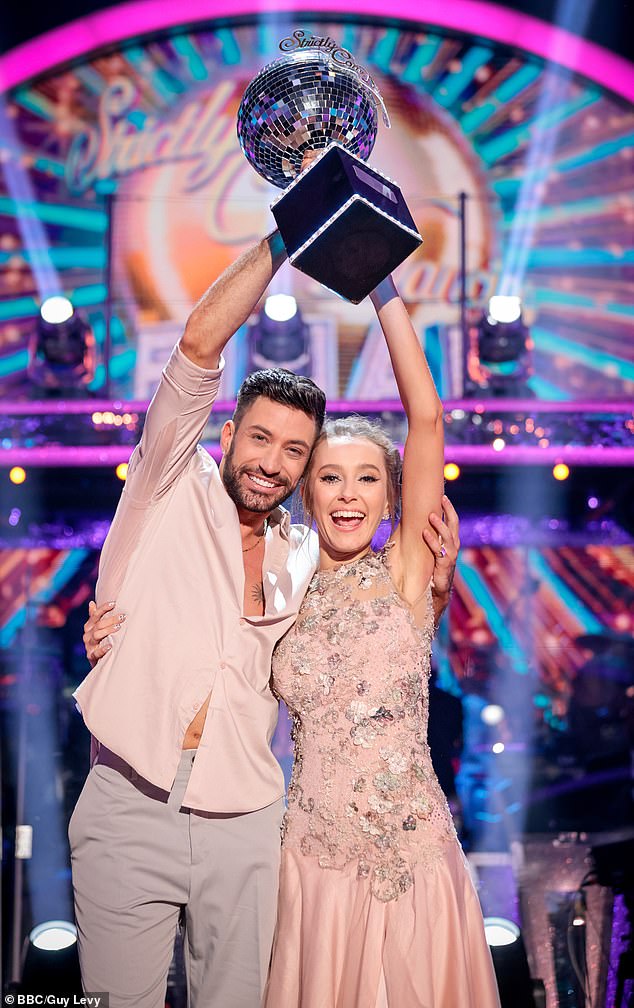 Cases: The last series of Strictly, won by Rose Ayling-Ellis and Giovanni Pernice (pictured), was embroiled in controversy after it was claimed some of the pro dancers had not been jabbed

Lord Sugar, who is joined by Karren and the first UK winner of The Apprentice Tim Campbell, 44, this year, admits he’s an ‘old fart’ and is against working from home, which he saw becoming more popular even before the pandemic.

He said: ‘I am a bit old fashioned of course, working from home was not just a Covid thing, it was a fashionable thing that started pre-Covid where you had all these hot desks and it’s not really my cup of tea to be honest with you but then I’m an old fart.

‘I’m a 75-year-old fart soon so you can imagine that it doesn’t really go down too well with me but I can understand the necessity of it but my company were exceptional and they did very, very well.’

The former Spurs chairman has vowed to front The Apprentice for 20 years, with the show’s 16th series launching on BBC One this Thursday.

Following years of challenging candidates with various tasks, Lord Sugar joked that his final request will be for contestants to plan his funeral – before assuring viewers the show will live on past his reign. 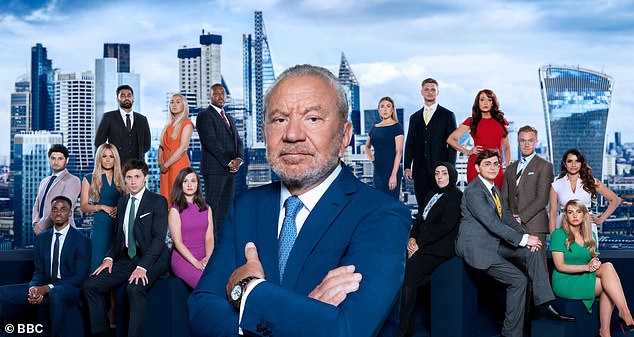 ‘I am a bit old fashioned’: Lord Sugar admits he’s an ‘old fart’ and is against working from home, which he saw becoming more popular even before the pandemic

He said: ‘First of all I have publicly stated that I really want to make it 20 years and this one is 16 so I have four more to do to achieve that goal.

I have already worked on the final task will be to arrange my funeral and to see how well candidates arrange it and what kind of coffin they will get from me.

‘No, I am going nowhere and the program is going nowhere, please enjoy this current series, which I am sure you will but I can assure you there’s going to be a lot more while I’ve got health and strength in my body I will carry it on.’