Lorde has scribbled her thanks to fans back home for embracing her Grammy-nominated album.

Her handwritten thank-you note was published as an ad in The New Zealand Herald on Wednesday with a friendly ‘Oh, Hi there’ greeting.

The 21-year-old star begins: ‘I’m writing this from New York City. Angelo and I sat in Madison Square Garden last night and saw a lot of crazy and wonderful things.

Grateful: Lorde has thanked fans in her native New Zealand with a full-page ad in a newspaper after the Grammy’s on Sunday

‘I just wanted to say thankyou, from the bottom of my heart, for loving and embracing Melodrama the way you did. My nomination belongs to you.

‘Thankyou, also, for believing in female musicians. You set a beautiful precedent! All my love, Lorde.’

The note includes doodles honoring fellow Kiwi musicians as well as sightings of other attendees at the Grammy ceremony such as ‘Jay-Z’s hands are really soft’.

Social media took Lorde’s absence among the night’s performances as a snub, since other album of the year nominees performed, as did classic rockers with no current nominations. 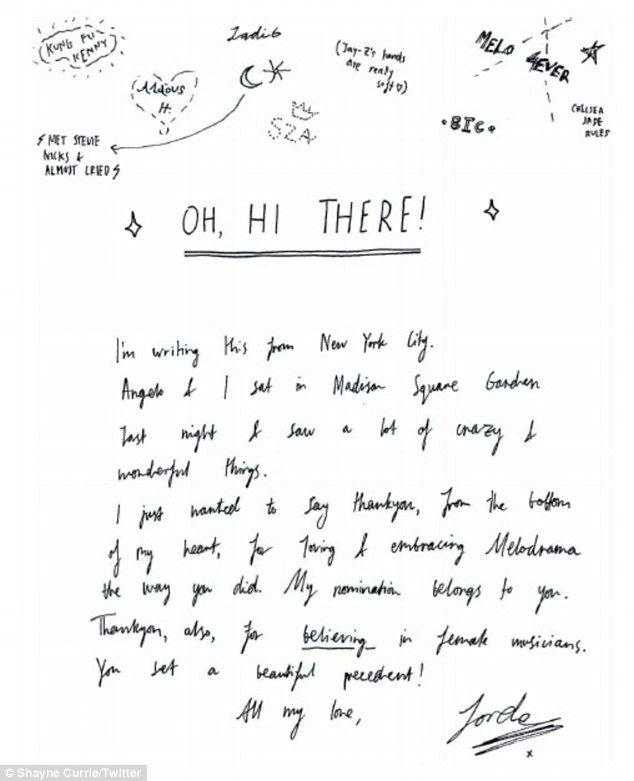 Just a note: This is Lorde’s ad that she took out in the New Zealand Herald on Wednesday thanking fans for ‘believing in female musicians’

Lorde was bested by Bruno Mars’ 24K Magic in the album of the year category.

Grammys producer Ken Erlich explained after the show: ‘I don’t know if it was a mistake. These shows are always a matter of choices, and we know we have a box and the box gets full and filled up,’

He told Billboard: ‘She had a great album, album of the year is a big honor, but there’s no way we can really deal with everybody. Sometimes people get left out that shouldn’t, but on the other hand, we did the best we can to make sure that it’s a representative and balanced show.’

It comes as artists hit back amid controversy that the Grammy Awards neglected women – a spat fueled by comments from the Recording Academy’s president seen as disparaging. 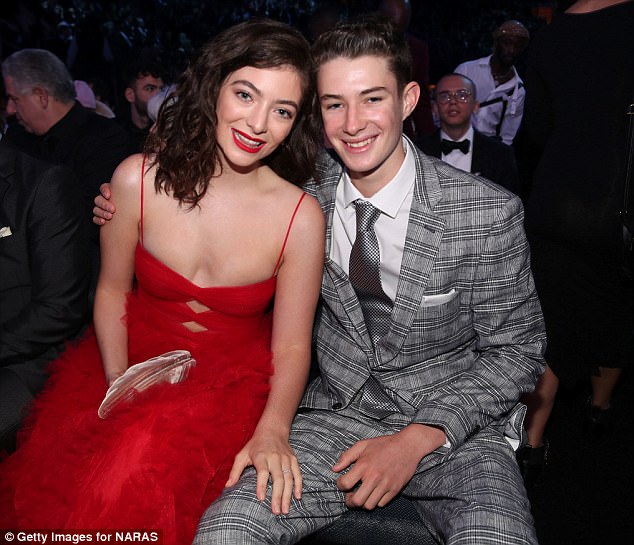 Family first: Lorde and her brother Angelo are pictured in the audience during Sunday night’s Grammy Awards in Madison Square Garden in New York

Neil Portnow told reporters that the music industry needed to show a ‘welcome mat’ to women, but drew controversy as he explained how female artists could win more awards.

‘I think it has to begin with women who have the creativity in their hearts and their souls who want to be musicians… to step up, because I think they would be welcome,’ he said.

Pop singer P!nk struck back without naming Portnow: ‘Women in music don’t need to ‘step up’ — women have been stepping since the beginning of time.’

Honoring women would show ‘the next generation of women and girls and boys and men what it means to be equal, and what it looks like to be fair,’ she wrote in a handwritten note on Twitter. 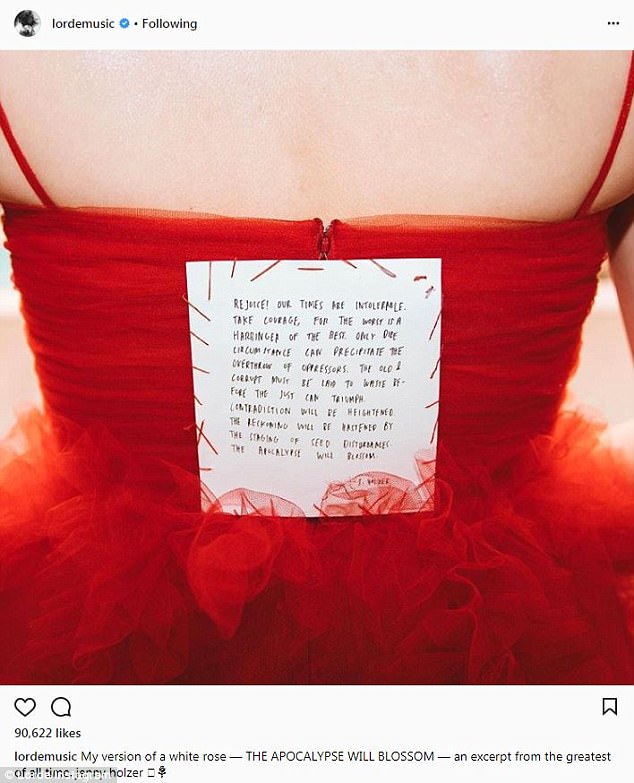 Read my dress: The songstress made a statement, like many women at the Grammys, regarding the Time’s Up movement