She’s the only female artist nominated for Album of the Year at this year’s Grammy awards.

But Lorde has been snubbed as a performer at the upcoming ceremony – despite reports that all the male nominees were offered performance spots.

On Friday, Lorde’s mother Sonja Yelich took to Twitter to throw some shade at the Grammys over the suspicious snub.

Don’t mess with mama bear! Lorde’s mother Sonja Yelich has spoken out after her daughter wasn’t offered a solo performance slot at this year’s Grammy awards

The 52-year-old tweeted out an article from the New York Times about the gender disparity between nominees, with the Times citing a report that claimed that out of the 899 people nominated at the last six Grammy Awards, only 9 percent were women.

The article also pointed out that Lorde was the only female artist nominated for Album of the Year this year, but isn’t scheduled to perform.

Tweeting out the article to her thousands of followers, Sonja cryptically wrote: ‘This says it all.’ 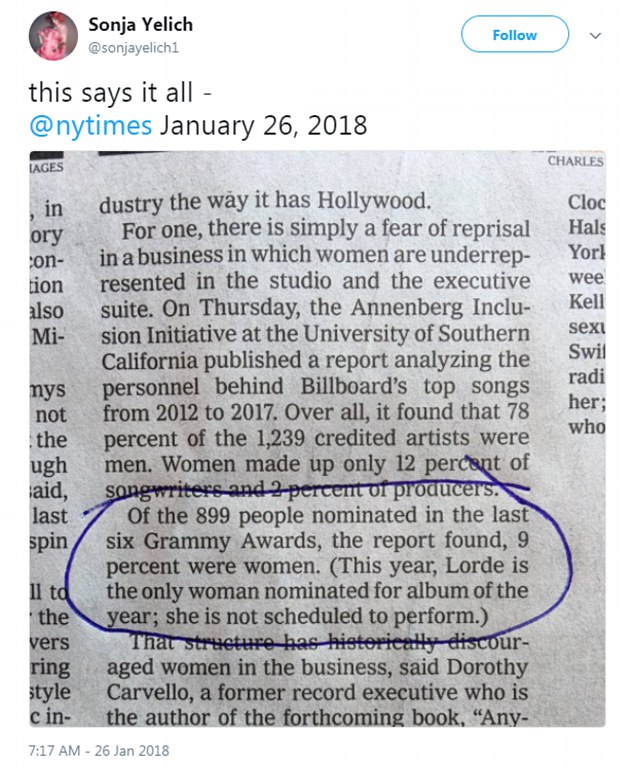 ‘This says it all!’ The 52-year-old tweeted out an article from the New York Times about the gender disparity between Grammy nominees over the years, possibly implying that sexism could be behind Lorde’s Grammy snub

A recent report in Variety claims that all the male artists in the Album of the Year category -Childish Gambino, Jay-Z, Kendrick Lamar, and Bruno Mars – were offered solo performance slots.

Variety goes on to say that Lorde was offered to perform in a Tom Petty tribute but declined.

Daily Mail Australia has reached out to Sonja for comment. 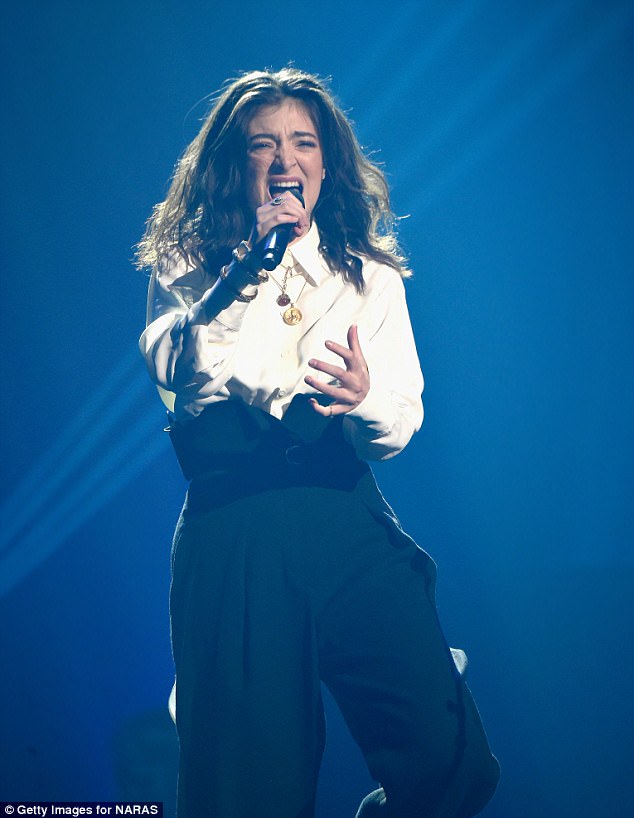 Left out: A report in Variety this week claims that all the male artists in the Album of the Year category were offered solo performance slots, while Lorde was only offered a spot in a tribute performance to the late Tom Petty

Lorde previously performed at the 2014 Grammys, where she picked up Song of the Year and Best Pop Solo performance for her hit Royals. 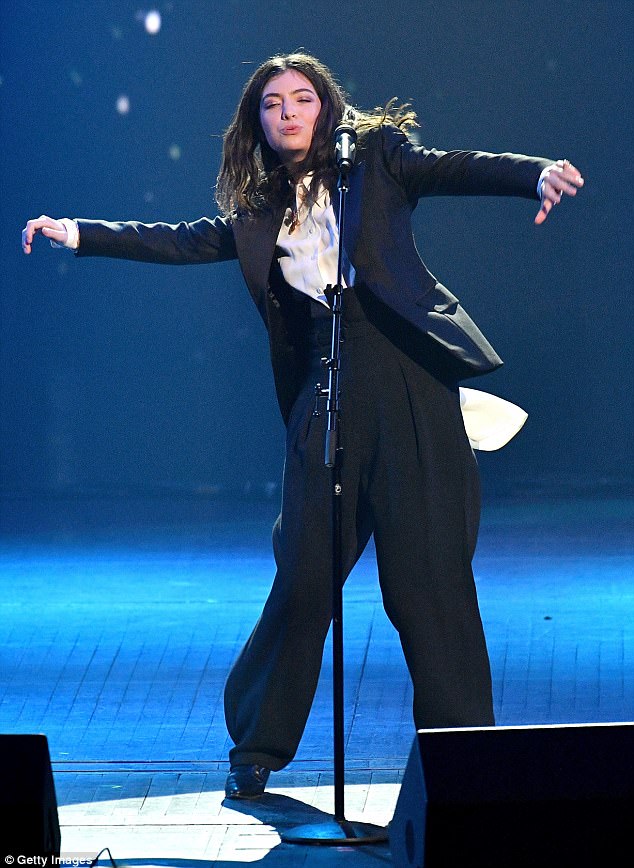 Will YOU be watching? The 60th Annual Grammy Awards are set to air on Sunday, January 28