Lori Loughlin and husband Mossimo Giannulli have their next court appearance, in connection to the college admissions scandal, on August 27.

At the hearing, they’re expected to waive their rights to separate attorneys and state that they understand the potential for conflicts of interest, according to Mercury News.

It’s all part of an effort, in part, to showcase a ‘united front’ and continue to be represented at trial by lawyers from the same firm.

Hearing set: Lori Loughlin and husband Mossimo Giannulli have their next court appearance, in connection to the college admissions scandal, on August 27; they are pictured in 2015

In court documents, the couple’s lawyers rejected arguments by prosecutors that a joint representation by Latham & Watkins LLP puts their clients at risk of any potential divided loyalties.

‘Giannulli and Loughlin are innocent of the charges brought against them and are eager to clear their names,’ the documents state.

‘And they believe their interests will be advanced most effectively by presenting a united front against the Government’s baseless accusations.’ 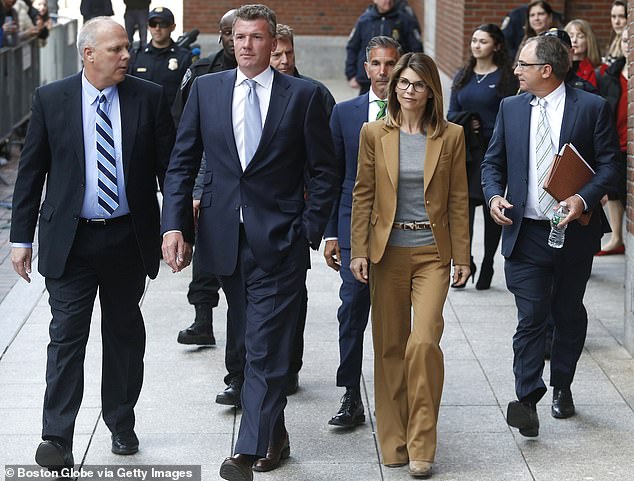 United: The couple are expected to showcase a ‘united front’ and continue to be represented at trial by lawyers from the same firm; Loughlin (tan suit) and Giannulli (behind her in green tie) are pictured leaving a Boston courthouse in early April

The joint representation lowers the chance that one of the two spouses will try to cut their losses and plead guilty while the other proceeds with the trial, said former federal prosecutor Neama Rahmani.

He also added that they are also less likely to be win an appeal, if the legal process reaches that point.

The Fuller House star and the fashion designer were among 50 people, including actress felicity Huffman, who were accused of paying bribes and cheating to help get their children into America’s top colleges.

Prosecutors allege the couple paid $500,000 in bribes to get both of their daughters admitted into the University Of Southern California as recruits for the crew team, despite the fact that they never participating in the sport. 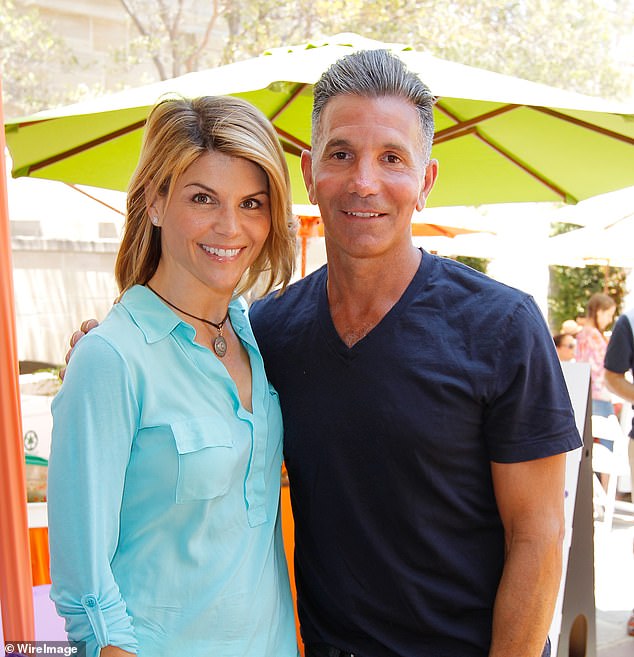 At stake: Loughlin and Giannulli are facing a maximum of 40 years in prison

Admissions consultant William ‘Rick’ Singer has already admitted his role as the ringleader of the scam and has pleaded guilty to multiple charges.

Huffman has also pleaded guilty and apologized. She is set to be sentenced on September 13.

The fraud and money laundering charges against Loughlin and Giannulli, carry a potential maximum sentence of 40 years in prison. 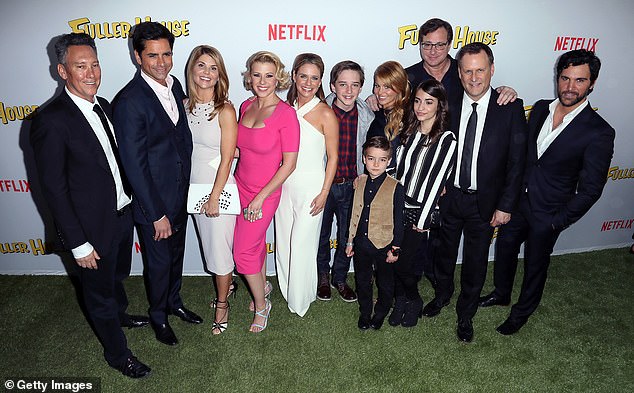 Fallout: Netflix dropped Loughlin for Fuller House not long after word got out about her connection to the college admissions scandal; she is pictured with the cast in 2016

As part of the fallout from the scandal, the Hallmark Channel severed ties with Loughlin on March 14 and had her scenes from season six of When Calls The Heart edited out.

On Friday, the cast of When Calls The Heart reunited for their giant summer party in Beverly Hills without Loughlin, according to Yahoo.

She had been one of the main stars of the show since its debut in 2013. 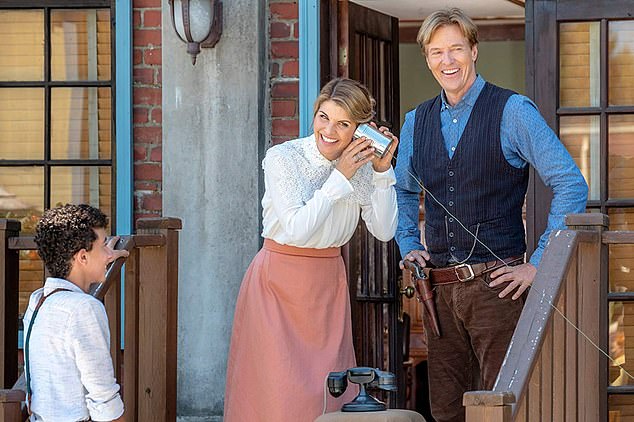 Fallout: Loughlin wasn’t invited to a When Calls The Heart  summer cast party on Friday, four months after the Hallmark Channel severed ties with actress following the scandal; she is pictured with her former co-star Jack Wagner in 2014