Lori Vallow’s brother, 51, had Narcan in his system but died of NATURAL CAUSES, Arizona coroner said

Alex Cox, 51, died after being found unresponsive at a home in Gilbert, Arizona, on December 12

The brother of ‘cult’ mom Lori Vallow died of a lung clot and was found to have Narcan in his system, an Arizona coroner has concluded.

Alex Cox was pronounced dead at a local hospital after he was found unresponsive in a home in Gilbert, Arizona, on December 12.

His girlfriend’s son called 911 and said he’d found the 51-year-old passed out in his own feces in the bathroom.

The Maricopa County Medical Examiner has concluded that Cox, who had been under investigation for shooting dead Vallow’s estranged husband Charles Vallow, died of natural causes, KSAZ-TV reported on Friday.

Narcan is the brand name of Naloxone, a drug that is used to counter the effects of a narcotics overdose. It is usually administered to treat patients who overdose on opioids, heroin, morphine, and other substances.

The actual report will officially be released sometime next week, according to the TV station.

The medical examiner’s report lists the primary cause of death as bilateral pulmonary thromboemboli, which is the scientific term for a clot in the lungs.

The report says that a ‘contributory cause of death’ was atherosclerotic and hypertensive cardiovascular disease.

Cox was determined to have had high blood pressure, which placed him at higher risk of developing coronary artery disease.

KSAZ-TV reported on Friday that an anonymous family member said that Cox did not smoke, drink, take drugs, and was not on any medication. 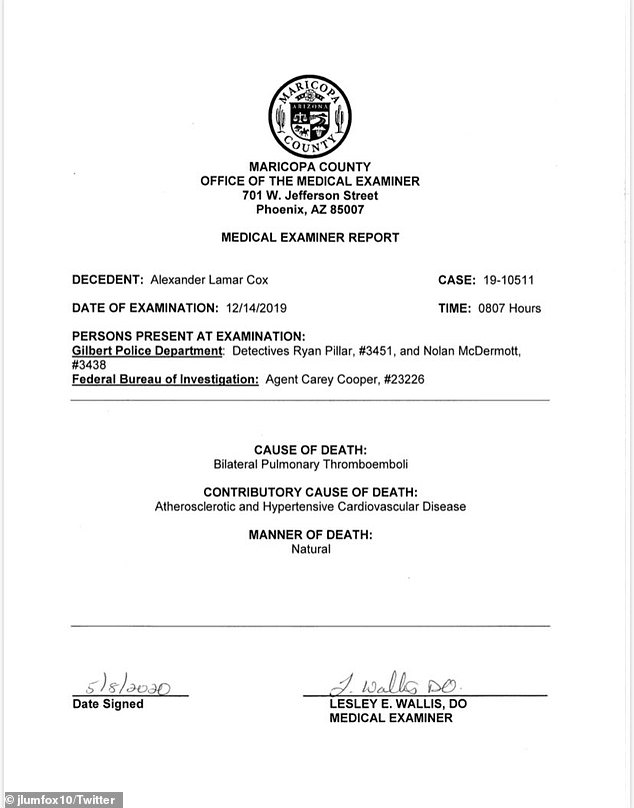 In the week leading up to his death last December 12, Cox was complaining of chest pain and shortness of breath, according to the medical examiner.

He was rushed to hospital and was pronounced dead shortly after his arrival to the emergency room.

Phoenix news station FOX10 obtained a transcript of the 911 call amid the ongoing search for Lori’s children, Joshua ‘JJ’ Vallow and Tylee Ryan, who were last seen in Rexburg, Idaho, in September.

Lori and her new husband Chad Daybell, who family members say are members of a dangerous doomsday cult, are considered persons of interest in the children’s disappearance. 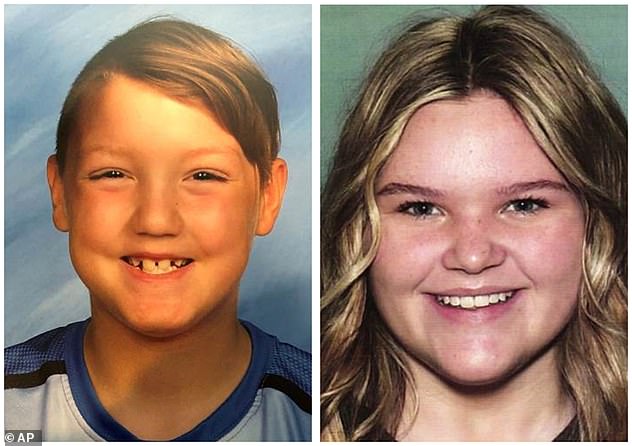 His death is one of at least three that have been linked to the disappearance of his sister Lori’s children, seven-year-old Joshua ‘JJ’ Vallow and 17-year-old Tylee Ryan (pictured) 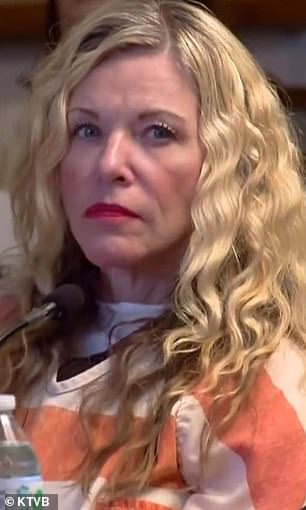 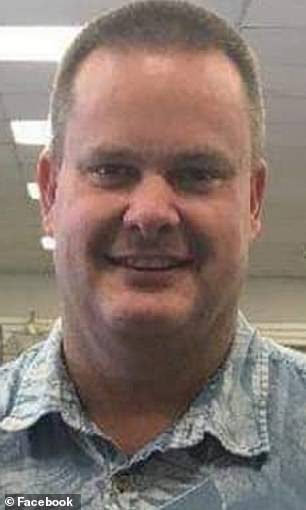 Lori (left) and her new husband Chad Daybell (right) are persons of interest in the children’s disappearance. Relatives say Lori and Chad are members of a dangerous doomsday cult

The case captured national attention with the revelations that police were also investigating a string of deaths surrounding the couple – including both of their previous spouses and Cox.

The 911 call was made by 25-year-old Joseph Lopez, who can be heard telling dispatchers that Cox is his mother’s boyfriend but he doesn’t know him personally.

He says that Cox is breathing heavily but appears to be passed out and there is feces on the ground around him.

Lopez’s voice is thick with panic as he responds to the dispatcher’s questions about Cox’s breathing and what position he’s in.

The paramedic instructs Lopez to lay Cox flat on his back so he can perform CPR, but he says the victim is too big to move.

After a minute or so Lopez reports that his mother is in the room and puts the dispatcher on speakerphone.

The mother, who did not say her name, tells the dispatcher that she knows CPR as Lopez repeatedly asks how far away the ambulance is.

Seconds later, first responders arrive to take over from Lopez and his mother.

The dispatcher asks him to stay on the line a bit longer so she can get more information about Cox. 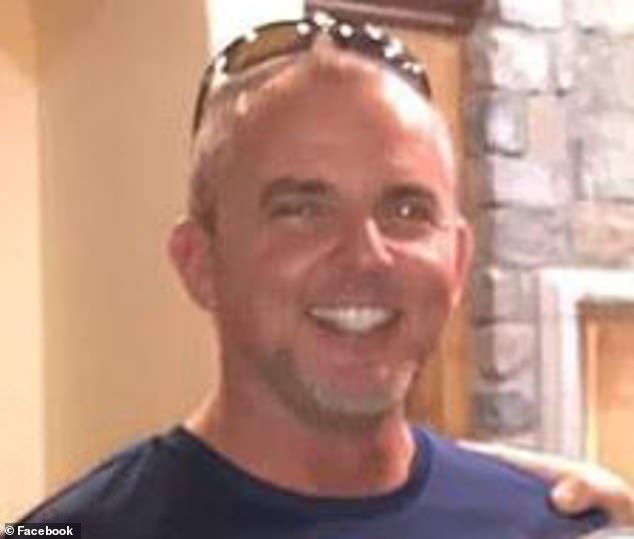 Police say Cox’s death is being treated as suspicious and the results of an autopsy to determine the cause have yet to be released.  He is pictured in an undated family photo

After Lopez says he doesn’t know his last name, the dispatcher tells him its okay to hang up and the call – which lasted about seven minutes – ends.

Cox was ultimately declared dead. Police have said his death is being treated as suspicious and the results of an autopsy to determine the cause have yet to be released.

The brother, Alex Cox, died last month aged 51 just 10 days after running off to Las Vegas to get married.

His death came less than two weeks after he went to Las Vegas and married 55-year-old Zulema Pastenes, according to court records.

It is unclear whether Lopez – who told dispatchers Cox was his mother’s boyfriend – is related to Pastenes.

A newly-unearthed search warrant issued in connection with the disappearance of JJ and Tylee suggests that Cox may have been under investigation for homicide at the time of his death.

Charles, who filed for divorce months earlier, had gone to Lori’s home to pick up JJ, the couple’s adopted son, when the pair got into an argument that turned physical.

Cox told police that he intervened and Charles hit him with a baseball bat. He then went to get his gun and shot Charles two times in the chest. 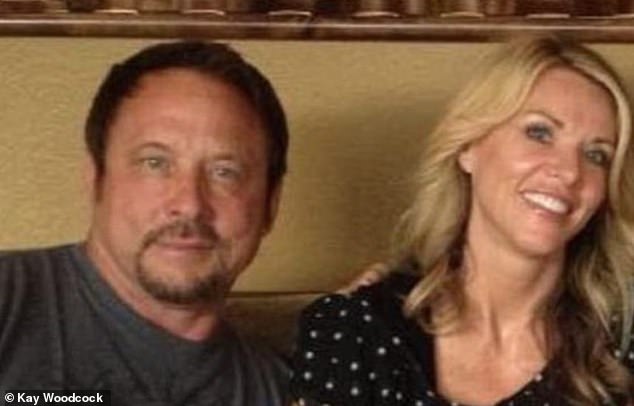 ‘Cult’ mom Lori Vallow waited days to inform her late husband Charles Vallow’s sons how their father died, dodging their questions until they learned on the news that he’d been shot dead by her brother. Lori and Charles are pictured together in an undated photo

Police initially determined that Cox acted in self-defense, but the investigation was reopened amid a multi-state search for JJ and Tylee, who moved from Arizona to Idaho with their mother weeks after Charles’ death.

On December 6, authorities in Arizona served a search warrant to the school JJ attended when he lived in Chandler.

The warrant requests all of JJ’s education records at states that the location may be linked to a ‘criminal conspiracy to commit homicide’ which occurred on July 11 – the day Charles was killed.

Police have not released any details about the ongoing investigation into Charles’ death, so it’s unclear who, if anyone, was considered a suspect in the ‘conspiracy’.

However, several family members have expressed suspicion that Charles’ murder was pre-planned by Lori and her brother.

His sister, Kay Woodcock, told a news conference earlier this month that it was a ‘set up’.

In an interview with the East Idaho News this week, Charles’ ex-wife Cheryl Wheeler said she believes his death was ‘100 per cent planned’.

Charles himself expressed fear that either Lori or Cox would kill him five months before he died, according to lawyers who represented him when he filed for divorce in February 2019. 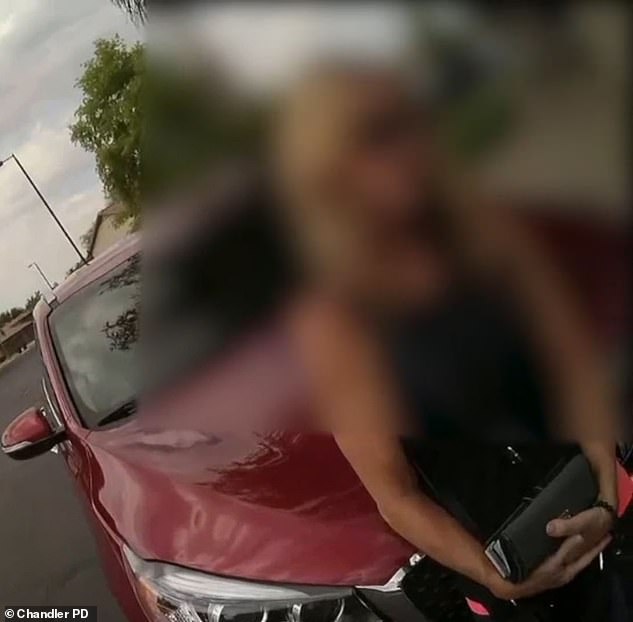 In court documents, Charles claimed that Lori had become obsessed with doomsday and believed she was a reincarnated god sent to Earth to help prepare for the second coming of Christ.

He said that Lori had threatened to kill him if he got in the way of her mission.

About two months after Charles’ death, Lori contacted L.I.F.E. Academy in Chandler and said she would be withdrawing her son JJ because the family was moving to California for her new job.

Her email withdrawing JJ from the school came a few weeks after Lori moved her family to Idaho, where Chad lived with his wife Tammy.

Tammy was found dead under mysterious circumstances on October 19.

The 49-year-old’s death was initially ruled as natural causes but an investigation was opened amid the search for Lori’s children.

Her body was exhumed on December 11 and the results of her autopsy have not yet been released. 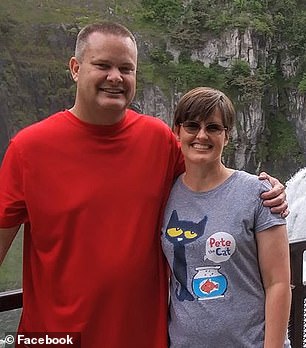 On November 26, police went to Lori’s home to perform a welfare check ordered by concerned relatives who said they hadn’t spoken to JJ for months.

Lori claimed that JJ was staying with relatives in Arizona – but police quickly discovered that wasn’t true.

When officers returned the following day with a search warrant, they found that Lori and Chad had fled from the home.

The couple were named persons of interest in the children’s disappearance as authorities accused them of repeatedly lying to investigators and refusing to cooperate.

The couple were tracked down in Princeville, Hawaii, in January.

Police obtained a court order on January 25 requiring Lori to physically produce the children to authorities in Idaho within five days.

Lori failed to meet the deadline, and police charged her with contempt of court and arranged for her extradition from Hawaii. 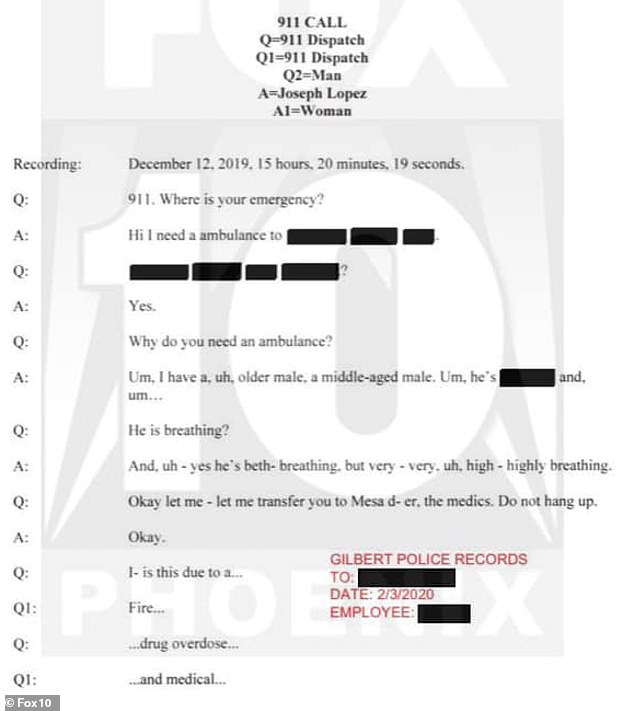 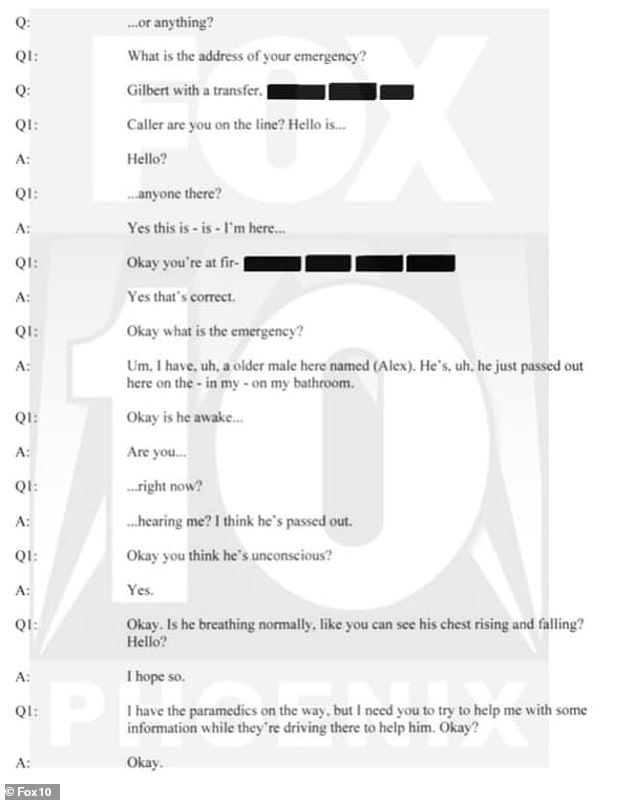 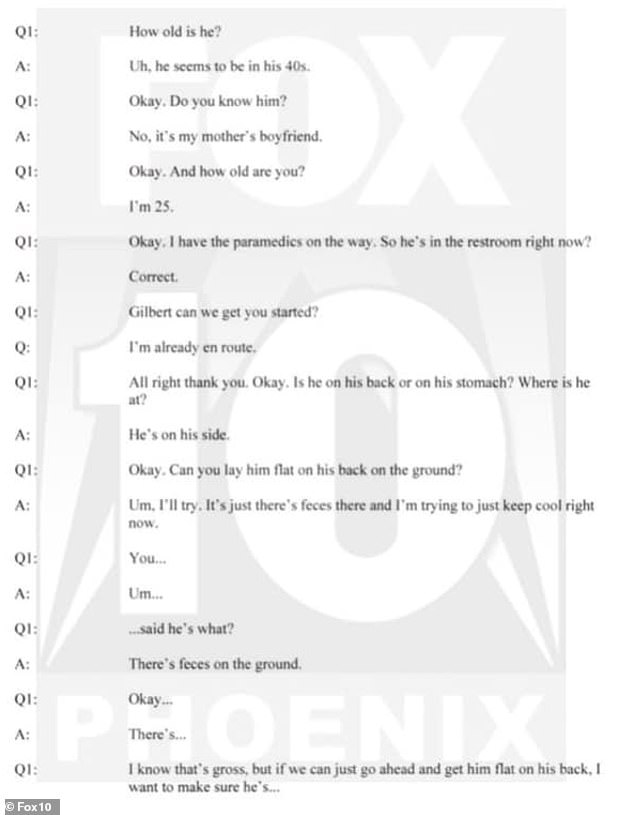 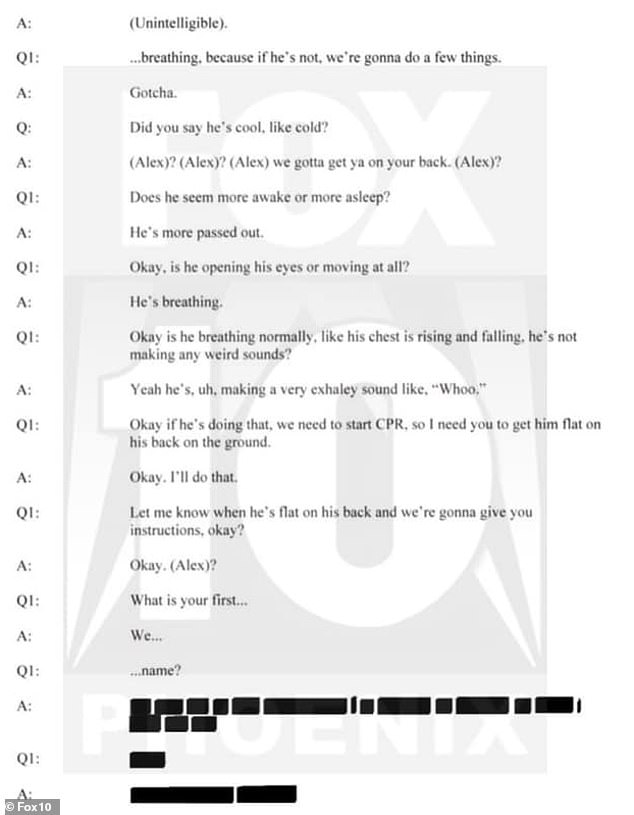 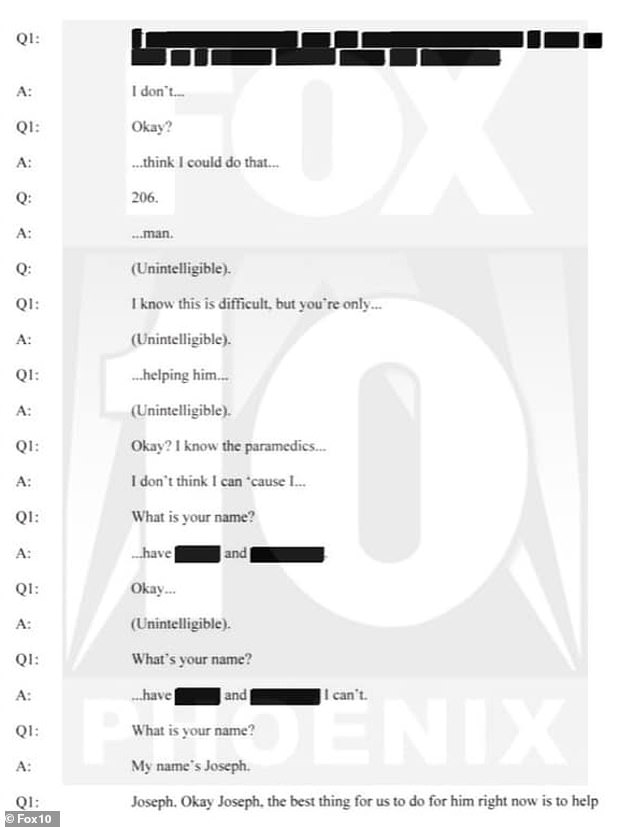 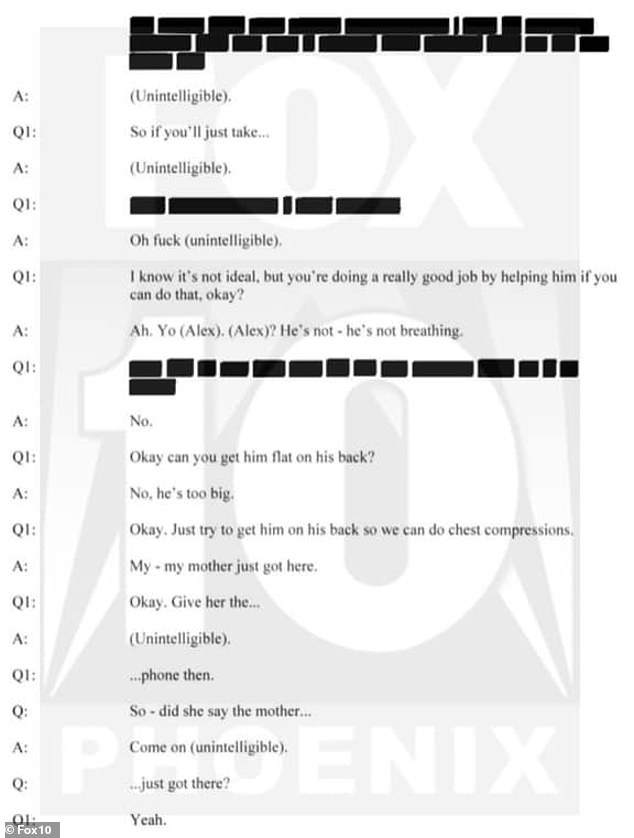 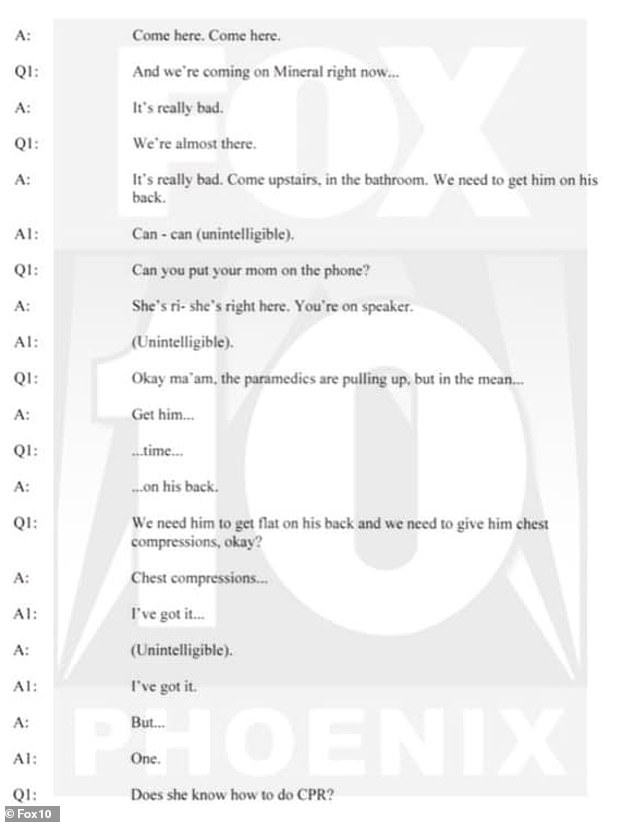 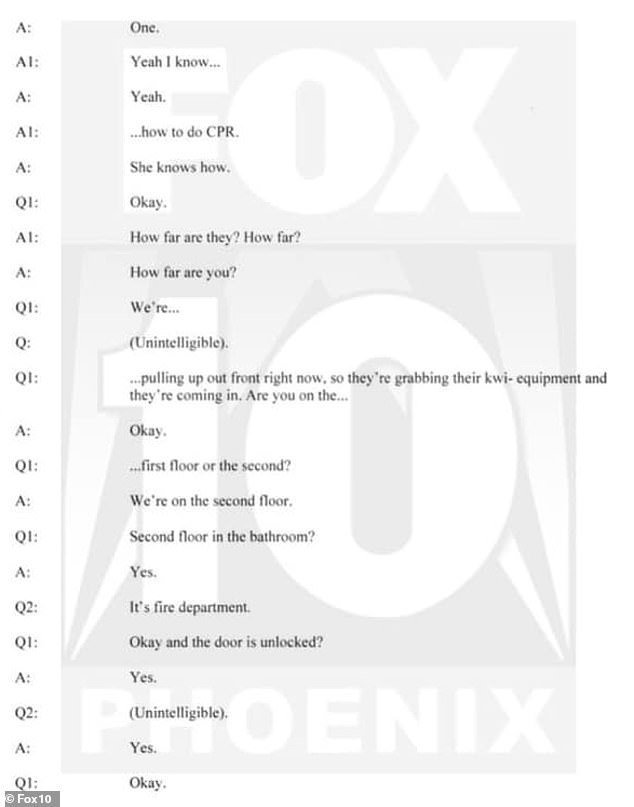 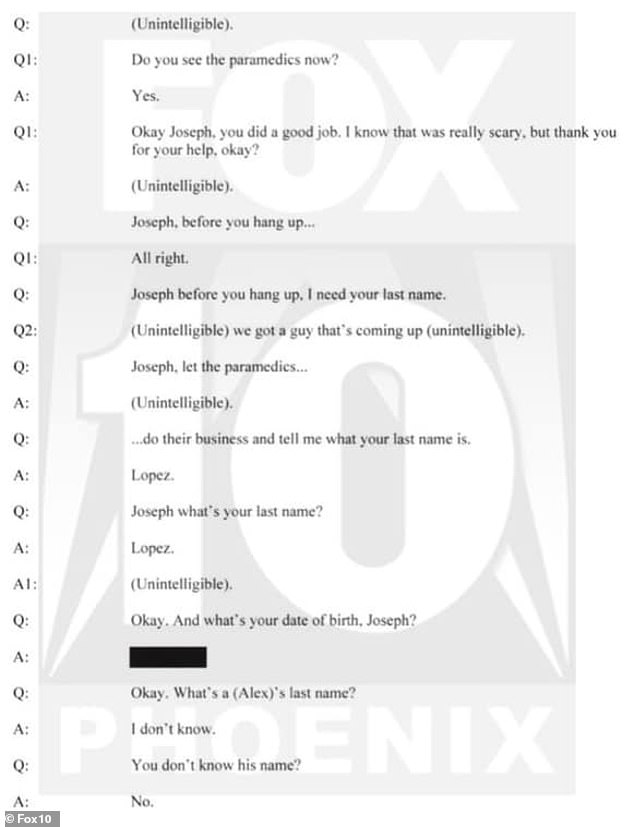 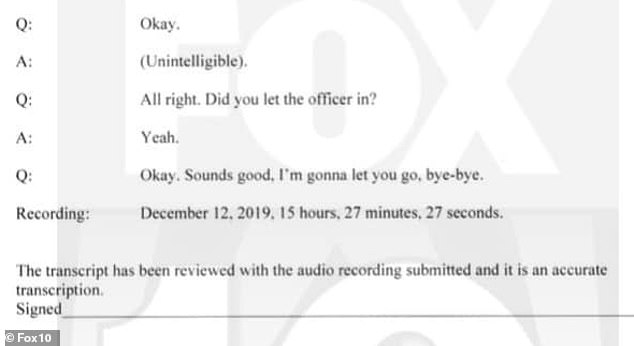