Polish lorry driver, 34, is arrested for ‘despicable’ attempt to smuggle 30lbs of cocaine in to the UK in consignment of FACEMASKS

Face masks have been used to try to smuggle in 14 kilos of cocaine with an estimated £1 million street value into Britain in a ‘despicable’ scam during the coronavirus crisis.

Border Force officers uncovered the plot on stopping a Polish-registered van was stopped on the French side of the Channel Tunnel on Tuesday.

Tests of some of the packages came back positive for the drug, which were being concealed within boxes of  vital personal protective equipment seized at Coquelles.

‘Despicable’: Cocaine with an estimated £1 million street value was found hidden within face masks bound for the UK 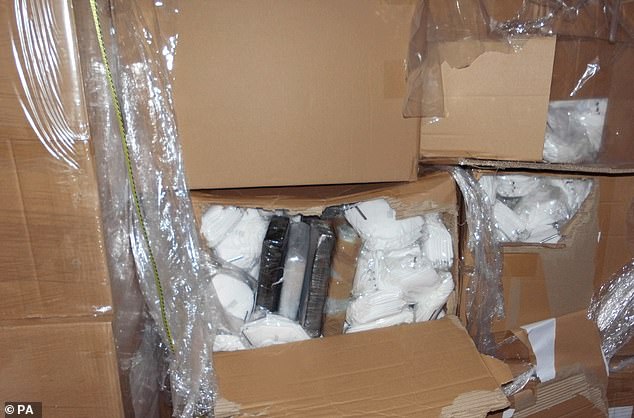 Stopped: Border Force officers made the discovery and the 34-year-old Polish van driver was arrested

The Class-A drug was found wrapped in 15 different packages and hidden among the face masks inside the vehicle.

It led to the 34-year-old Polish van driver to be arrested and the  investigation has been passed onto the National Crime Agency.

He is now being questioned in custody.

Regulators are now examining the masks to see whether or not they are safe to use.

‘It is despicable to think they would try and exploit the current situation in this way to get their dangerous drugs on to the UK’s streets.

‘It is testament to the expertise of my Border Force officers that this smuggling attempt was prevented and shows we remain active on the frontline in keeping the country safe from illegal drugs and the harm they cause.

‘Every year Border Force officers seize Class A drugs worth hundreds of millions of pounds.

‘Working with law enforcement colleagues like the National Crime Agency (NCA) we are determined to prevent drug trafficking.’ 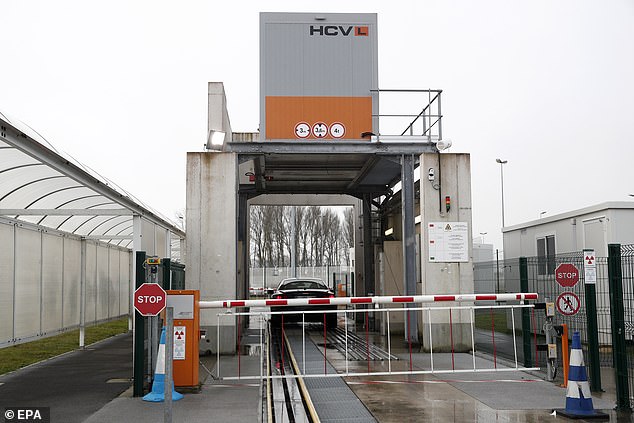 ‘Exploiting the situation’:  The bid to smuggle the drugs comes at a time when health workers are desperate for face masks and other forms of protective equipment against Covid-19

Darren Herbert, NCA Dover branch operations manager, added: ‘This seizure is further evidence of the way criminal networks are attempting to exploit the coronavirus outbreak to their own ends, covering this load of drugs with what would seem like vital protective equipment.

‘We are now investigating who was behind this attempt, but what is clear is that they have taken a substantial hit.

‘At UK street prices this haul might have raised more than £1 million once adulterated and cut down – profit that they have now been denied.’

Cocaine worth more than £2 million was also taken off the streets later that evening in a separate proactive drugs and money laundering operation headed up by the National Crime Agency and Metropolitan Police Service.

Investigators from the Organised Crime Partnership arrested arrest two men aged 32 and 29 on suspicion of class A drug supply offences in Gravesend, Kent, and seizing 20 kilos of cocaine from a van at the scene.

A third man who fled the location is now wanted in connection with the probe.

Officers also discovered a further four kilos of cocaine was found after carrying out a search warrant.

A 32 year-old woman was arrested on suspicion of supplying drugs.

And another search of a second Gravesend property led to approximately £300,000 in cash being recovered.

A 51-year-old man and a woman aged 50 were also arrested on suspicion of money laundering offences. 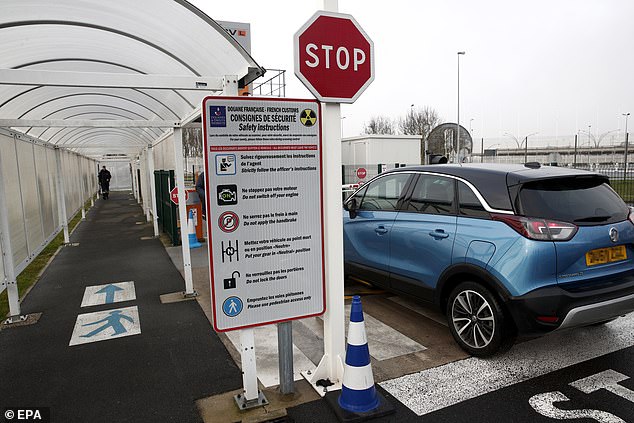 Seizures:  The drugs haul was one in a series stopped from flooding Britain’s streets as cars are checked in Coquelles in France 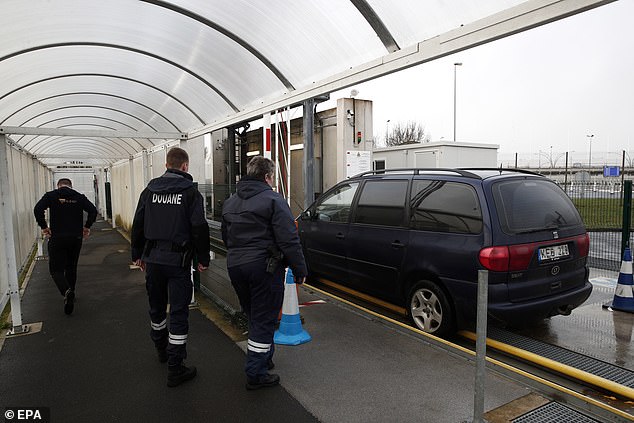 Checks: Border Force bosses have vowed to continue to search vehicles during the Covid-19 crisis

All those arrested are now in custody and are being question by NCA and MPS officers.

NCA head of specialist operations John Coles said: ‘Taking this amount of class A drugs off the streets is a significant result for the OCP as we know cocaine fuels gang violence and exploitation.

‘Seizing drugs and cash has a major impact on the wider organised crime groups that are involved in drug distribution, and prevents them from investing profits in further offending.

‘Our investigation into these seizures continue, and we are still seeking one man in connection with them. I’d urge him to come forward to us, or for anyone with information about their whereabouts to get in touch via Crimestoppers.’ 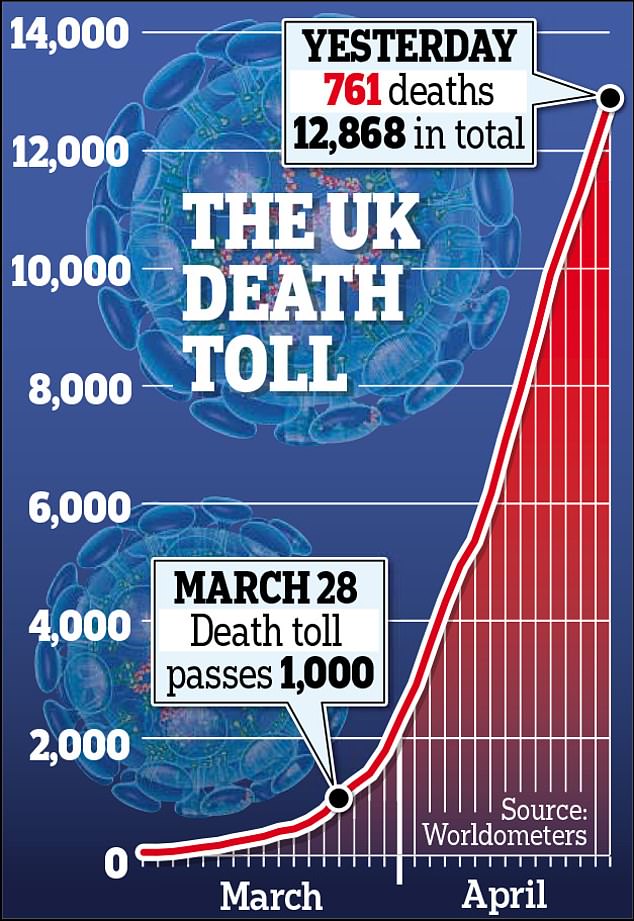 Rising death toll: The cases of coronavirus in Britain have claimed more than 12,000 lives