The Los Angeles Sparks walked off the basketball court ahead of the national anthem at Game 1 of the WNBA Finals in Minneapolis on Sunday and remained in their locker room until the song ended.

Their opponents, the Minnesota Lynx, stood on the court with their arms linked in Williams Arena on the University of Minnesota campus.

Sparks Forward Nneka Ogwumike said they returned to the locker room after warm ups as a sign of ‘unity and solidarity’.

Some Sparks players wanted to stand for the anthem while others wanted to kneel or sit, so the team decided to remove themselves from court instead.

Ogwumike said the team were inspired by the Pittsburgh Steelers.

The Los Angeles Sparks returned to the locker room after warm ups for Game 1 of the WNBA Finals in Minneapolis as a sign of ‘unity and solidarity’ during the national anthem on Sunday. Their opponents, the Minnesota Lynx (pictured), stood on the court with their arms linked 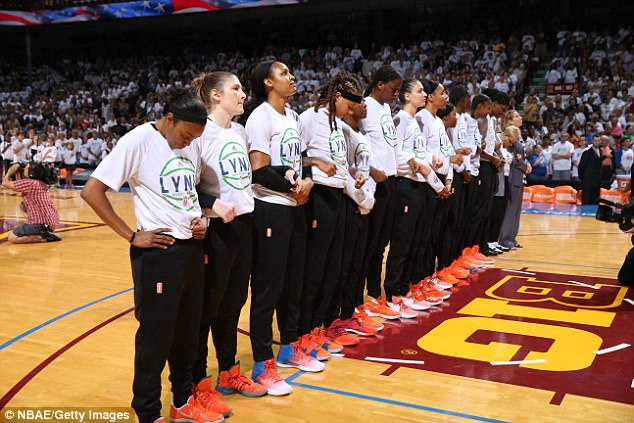 The Minnesota Lynx, who stood with linked arms during the anthem on Sunday, previously made headlines after team members spoke out about police violence

‘We agreed on unity and solidarity. We were inspired by the message of Steelers coach [Mike Tomlin] earlier today,’ Ogwumike, who is the president of the executive council of the players’ union, told ESPN. ‘We wanted our team to stick together.’

The Pittsburgh Steelers chose to remain out of sight from the crowds during the anthem ahead of their clash with the Bears.

Army veteran and lineman Alejandro Villenueva was the only Steeler to participate in the anthem. The rest of the players either remained in the tunnel or in the locker room.

Before the game, Tomlin had told CBS Sports that the team would not stand on the sidelines for the anthem as they usually did.

He said the team held a meeting and decided not to come out of the locker room for the anthem.

Tomlin noted the decision wasn’t unanimous, but the intent was to have his team focus on the game and not President Donald Trump’s comments about players who chose to protest during the anthem. 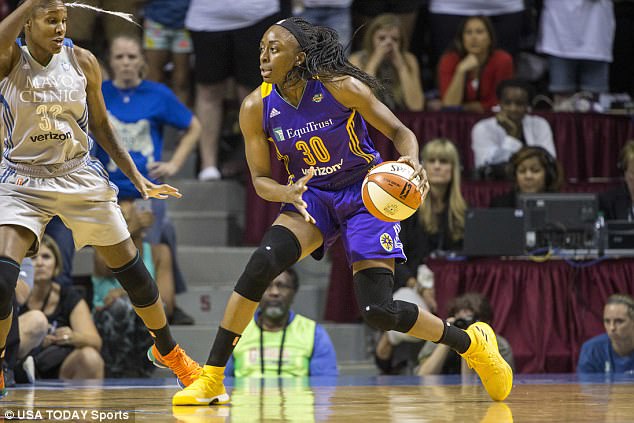 ‘We’re not going to play politics,’ Tomlin said. ‘We’re football players, we’re football coaches. We’re not participating in the anthem today – not to be disrespectful to the anthem, but to remove ourselves from the circumstance.’

He added: ‘People shouldn’t have to choose. If a guy wants to go about his normal business and participate in the anthem, he shouldn’t be forced to choose sides.

More than 200 players across the NFL sat or knelt during the Star-Spangled Banner on Sunday, days after President Donald Trump implored team owners to ‘get that son of a b**** off the field’ for protesting during the national anthem.

The Sparks took a vote ahead of the game to see if they should take part in the protest and decided that staying in the locker room was the team’s best option.

‘This is not a protest against America or against the flag,’ she told ESPN. ‘I feel I can’t kneel before the flag; I have too much respect and pride to do that. 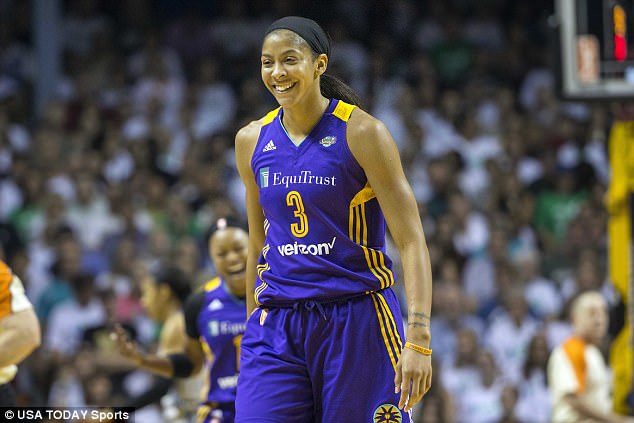 ‘We didn’t want to put anyone in an awkward position. In this, we’re united. We’re still respecting the United States and the flag, but still taking a stand.’

The WNBPA also released a statement about the Sparks’ decision to stay in their locker room during the national anthem.

The statement said: ‘After careful and thoughtful discussion, the players of the Los Angeles Sparks unanimously determined that we would remain in the locker room in solidarity with the many players of the NFL, who took part in demonstrations today all over the country and across the globe.

‘We will use the time to reflect and engage in constructive conversation about our country.

‘This is our opportunity to unite rather than divide our country. This is our sole focus.’

The Lynx, who stood with linked arms during the national anthem on Sunday, previously made headlines when team members spoke out against police violence following the death of Philando Castile.