Los Angeles has filed a lawsuit against tax return preparers Intuit and H&R Block alleging that the companies deceived low-income filers by offering a free service while in practice steering them toward their for-pay products.

‘Taxpayers should never be misled into needlessly spending their hard-earned money for services to which they’re entitled for free. But that’s what we allege happened here,’ said Los Angeles City Attorney Mike Feuer.

‘In short, we allege these companies intentionally took advantage of the low-income residents they pledged to help. 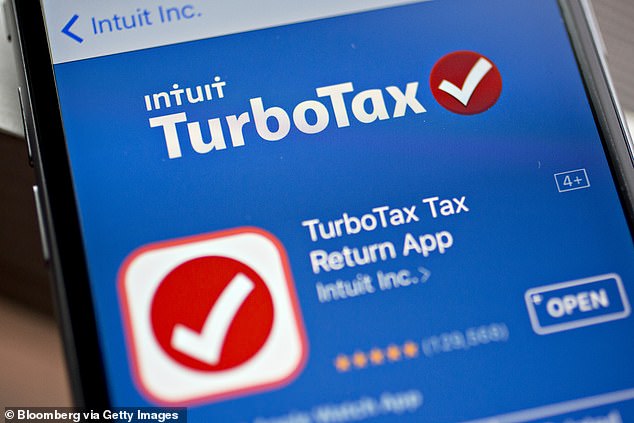 LA’s top attorney filed a civil suit alleging that H&R Block and Intuit, the maker of TurboTax, deceived low income tax filers by steering them away from their free services

‘The unfair and deceptive practices we allege must stop; consumers should receive restitution for fees we allege they never should have paid; and these companies should be held accountable for their alleged misconduct.’

H&R Block and Intuit deny the allegations. DailyMail.com has reached out to both companies seeking comment.

The lawsuit by the City of Los Angeles comes a week after New York Governor Andrew Cuomo ordered state agencies to investigate TurboTax and H&R Block.

‘The allegations against these major tax return preparers are disturbing, and New York will not stand idle as the public’s interest is undermined in order to pad the profits of wealthy corporations,’ Cuomo said.

‘We have zero tolerance for these deceptive practices and those responsible will be held accountable for these egregious actions.’

The companies are being accused of blocking filers’ access to the Free File program.

In 2002, a number of companies agreed to allow those who earn less than $66,000 in annual income to file their taxes for free, sparing the IRS from the task of creating their own web site.

But a news report from April 26 alleged that TurboTax and H&R Block hid their free filing tax option from Google results which forced many low-income workers to needlessly pay for the service.

Intuit, the company that operates TurboTax, added a code to its free filing website that essentially told Google and other search engines to not list it in search results, ProPublica reported.

The code in question, which can be found in a file called robots.txt or in an HTML tag, has to be actively added to a site, as Intuit has done.

The code to block the free filing system, which can be found in a file called robots.txt or in an HTML tag, has to be actively added to a site, as Intuit has done

It is typically used on pages that designers want to hide from the open internet, such as those that are for internal use only.

Without that code, Google and other search engines default to adding a site to their search results.

Intuit, H&R Block, and other tax preparation companies created free filing software in exchange for the IRS not creating their own version.

However, while 70% of workers filing tax are eligible for free filing, just 3% use the service.

The Senate is currently considering whether or not to make a free filing deal with companies like Intuit and H&R Block permanent.

Senator Ron Wyden, a Democratic member of the Senate Finance Committee, described Intuit’s tactics to reduce access to a free filing program as ‘outrageous’ and confusing to taxpayers.

He said in a statement: ‘The IRS agreement with the tax-preparation software industry requires companies to work to increase the number of taxpayers who file their taxes for free. 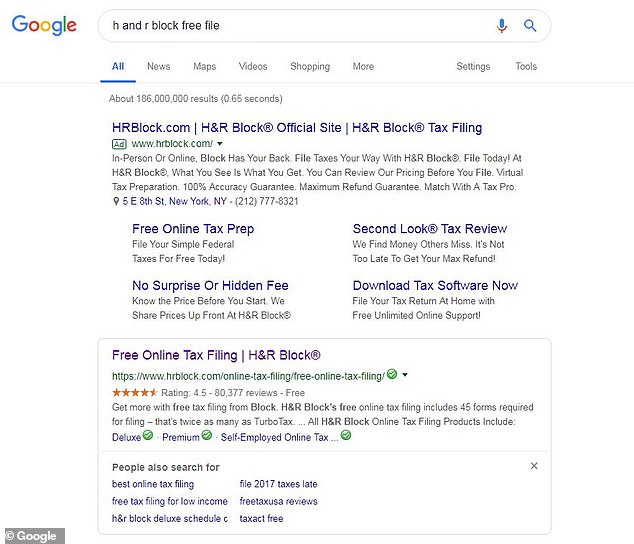 Intuit, H&R Block, and other tax-prep companies created free filing software in exchange for the IRS not creating their own version 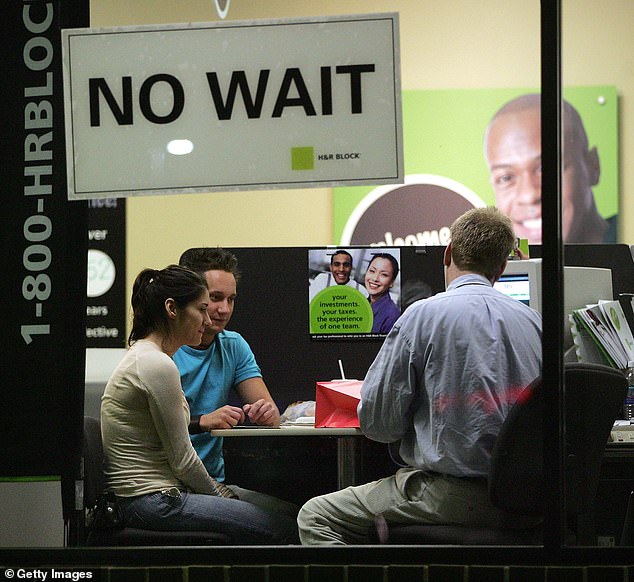 ‘Steering eligible taxpayers away from filing for free or blocking the Free File page from search results violates the spirit of the agreement and calls into serious question the justification for the program.’

The code on TurboTax’s Free File site claims ‘noindex,nofollow’  instructions for it not to show up in search results.

In contrast, the TurboTax page that puts many users on track to pay signals to Google that it should be listed in search results. 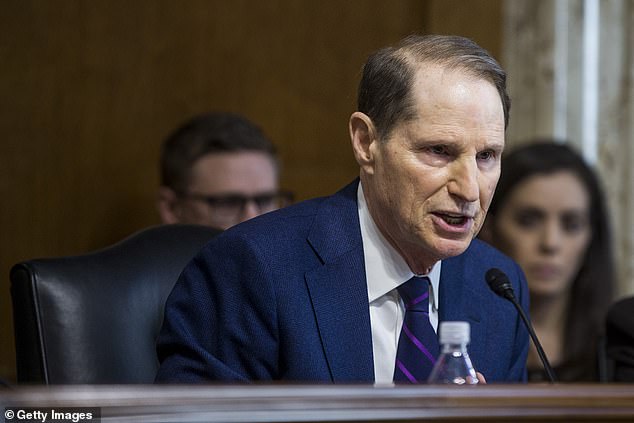 Under the Free File deal, Intuit and other companies pledged to work ‘to increase electronic filing of tax returns, which includes extending the benefits of online federal tax preparation and electronic filing to economically disadvantaged and underserved populations at no cost.’

Intuit is the dominant player in consumer tax software, and it has a reported market share of 60%.

Intuit said it would review the issue in a statement obtained by the New York Daily News.

It read: ‘We are undertaking a thorough review of our search practices to ensure we are achieving our goal of increasing eligible taxpayers’ awareness of the IRS Free File Program and its availability.’