Jose Mourinho was unequivocal. If Real Madrid have any designs on signing David de Gea this summer then they best forget about it.

‘If I were them, I would think about another player,’ Mourinho said firmly. ‘I see him staying here.’

He is too important to Manchester United, a chief reason why they were even at this stage of the Champions League. He is currently busy taking a seat among the club’s truly iconic No 1s – even if the hyper-critical will point fingers at Sevilla’s second goal late on. 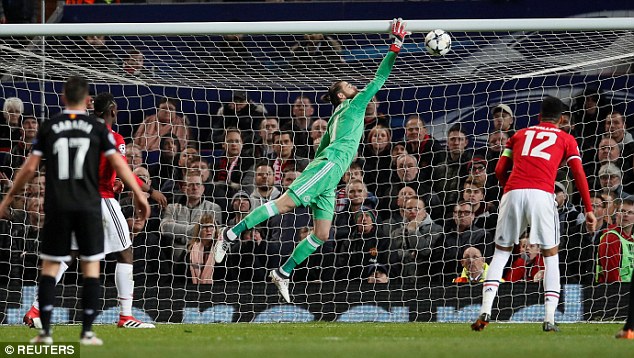 De Gea is a world-class keeper, even though he was possibly at blame for Sevilla’s second goal 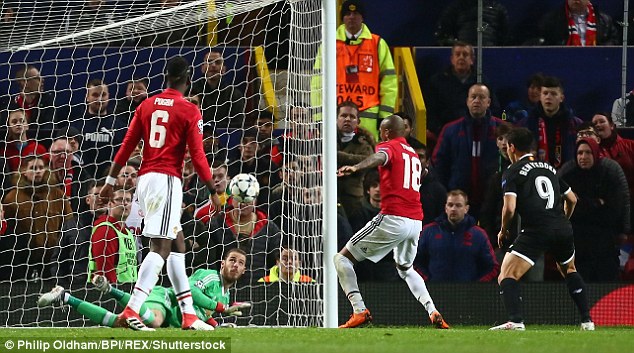 Forget that, losing who Rio Ferdinand describes as the ‘best goalkeeper in world football’ does not bear thinking about right now for Mourinho as he reshapes this squad.

Luckily he has a year left on his deal, with the option of another, and De Gea fancies a longer stay at Old Trafford. For more money, sure, but he deserves an increase.

The relationship with goalkeeping coach Emilio Alvarez, so influential during his rise at Atletico Madrid all those years ago, is strong and De Gea relishes the Cheshire lifestyle. Rivals do not relish him quite so much. 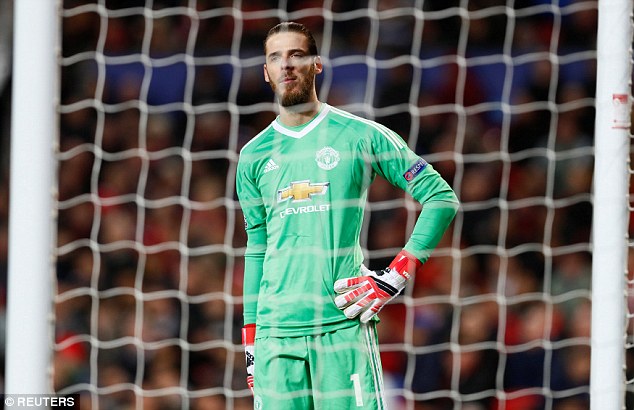 ‘I hate him and so do all Liverpool fans,’ Steven Gerrard said. ‘He’s world class. He’s got no right to make some of the saves he does.’

That was before Sevilla shots flew high and wide of his goal for much of Tuesday night, a night on which United were sluggish and largely fortunate until De Gea could do nothing about Wissam Ben Yedder’s fine finish. Not even he could bail them out this time.

Mourinho will not like the prospect of his goalkeeper collecting the Player of the Year award once again.

That is no slight on the outfield stars at his disposal, rather evidence of the unrivalled quality De Gea possesses. Real now know to look elsewhere if they did not already. 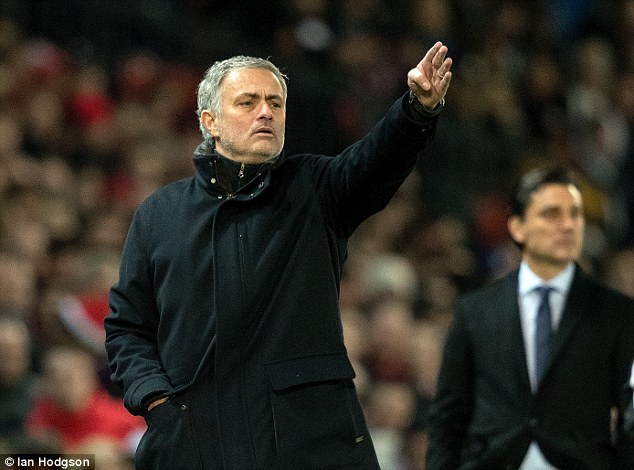