‘To lose three Champions League finals, it has to be really, really hard’: Jose Mourinho admits final defeat for Liverpool boss Jurgen Klopp in Madrid would be tough for German to process

A third Champions League final defeat for Jurgen Klopp would be ‘really, really hard’ to deal with, admits Jose Mourinho.

The former Chelsea, Real Madrid and Manchester United manager won both Champions League finals he took charge in but in contrast, Liverpool boss Klopp is hoping it is third time lucky.

Having lost at Wembley while manager of Borussia Dortmund in 2013, Klopp suffered a second Champions League final defeat last season in Kiev against Real Madrid. 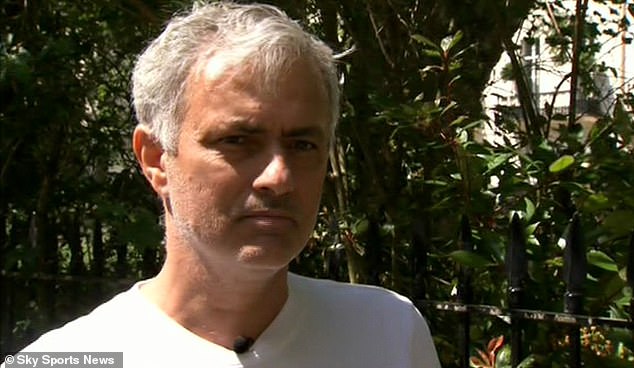 Ahead of facing Tottenham at Atletico Madrid’s Wanda Metropolitano on June 1, Klopp is looking to end his miserable finals record and Mourinho knows the weight of expectation on the charismatic German.

‘If Jurgen (Klopp) wins it is an incredible achievement for him,’ Mourinho told Sky Sports News.

If Jurgen doesn’t win you know, to lose three Champions League finals, it has to be really, really hard.

‘But in this moment he is a really positive guy and he will just think about winning.’