COVID-19 kills Australia’s sense of humour: Lottery ad is pulled for ‘mocking social distancing guidelines’ after complaints were made to watchdog

A lottery advert has been pulled from TV after a complaint made to the industry watchdog said it mocked social distancing guidelines.

The advertisement for a $25million jackpot first aired in November 2019 and showed a man exiting a bathroom stall after winning the lotto before he hugs a stranger without washing his hands.

A new version of the advert aired between July 5 and 7 and featured a re-done voiceover that said: ‘There’s Frank. Little does he know he’s about to be hugged by a stranger in the toilet.

‘There he is, enter stranger. He’s won Oz Lotto. Forget the elbow taps, he’s gone all in. Oz Lotto. Tuesday.’

A complaint made to Ad Standards said the advert mocked social distancing and hygiene regulations.

The watchdog found it to be in breach of the AANA’s Code of Ethics which forced Lotterywest to pull it down.

Ad Standards released a case report which included a sample of comments made by the complainant.

‘Never mind this man did not wash his hands and the voiceover laughed at the COVID-19 safe distancing as if, if you win the lotto all rules go out the window,’ the complaint said.

‘And what men screams out of a toilet and embraces a stranger? This should be taken off the air. I’m disgusted on a few levels.’

The watchdog considered the Western Australian COVID-19 guidelines and said it was ‘unlikely’ that most people would believe the advert was against health and safety regulations.

But the panel decided the advert breached the Code of Ethics because the voiceover mentioned elbow taps and how the men behaved in the bathroom.

‘(It was a) direct reference to current health recommendations and a portrayal of behaviour which would be against these recommendations,’ Ad Standards said. 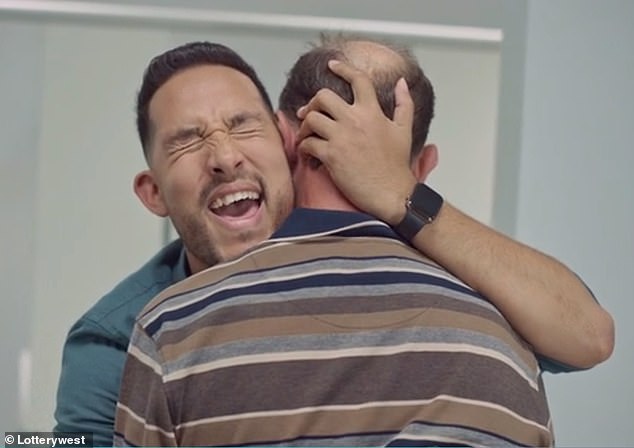 A complaint made to Ad Standards said the advert mocked social distancing and hygiene regulations (pictured, the offending ad) 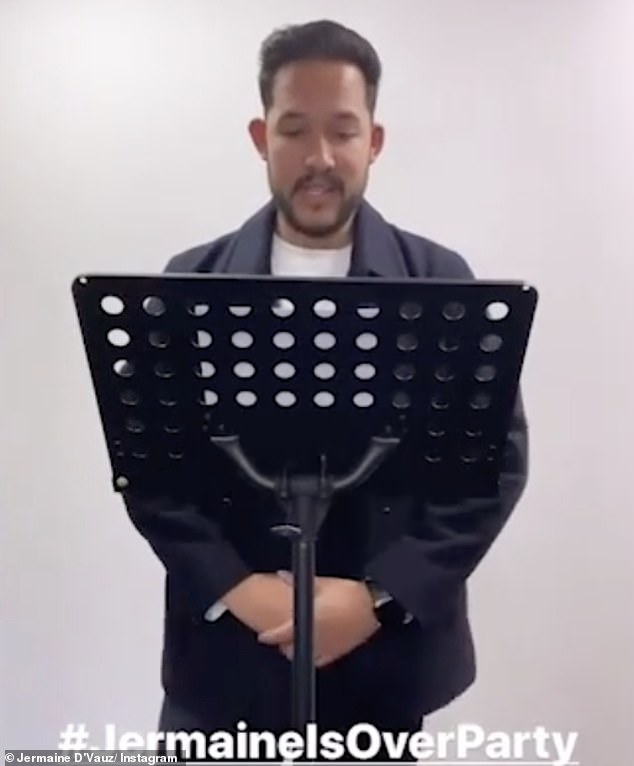 Jermaine D’Vauz (pictured), who played the lotto winner in the advert, took to his Instagram where he pretended to host a press conference and mocked the complaint

Lotterywest said they pulled the advertisement as soon as they learned it was in breach of the AANA Code of Ethics.

A spokeswoman said they edited the advert to adhere to the panel’s recommendations and the original version may return once social distancing was no longer required in WA.

Presenter of Nova 93.7, Jermaine D’Vauz, who played the lotto winner in the advert, took to his Instagram where he pretended to host a press conference and mocked the complaint.

‘I’d like to take a moment this moment to sincerely apologise to anyone who contracted coronavirus from a man throwing toilet paper in a public bathroom and then hugging with their hands unwashed,’ he said.

‘It was very silly of me, I won’t do it again and please don’t cancel me. Thank you.’