A former lottery worker is facing 25 years in prison for rigging jackpots across five different states and netting $2million over the course of six years.

Eddie Tipton, 54, spent a decade working with the Multi-State Lottery Association in central Iowa, where he was entrusted to build computers used to randomly pick numbers for some of the most popular lottery games in the United States.

During this time Tipton had secretly installed software that allowed him to pick winning numbers and was collecting money from jackpots in multiple states.

Tipton’s luck ran out when he was arrested in 2015, later admitting he fixed the lottery six times in five different states between 2005 and 2011, raking in $2million.

The De Moines man is scheduled for sentencing on Tuesday and faces a 25-year prison sentence for his jackpot rigging.

Eddie Tipton, 54, is facing 25 years in prison for rigging jackpots across five states and netting $2m over the course of six years. Tipton worked for the Multi-State Lottery Association in De Moines, Iowa, and his sentencing is on Tuesday

‘The depth of his deceit is dumbfounding,’ Assistant Iowa Attorney General Rob Sand said in court filings. ‘Such crimes cannot be answered without a prison sentence.’

Tipton hit his first ill-gotten jackpot in Colorado in 2005 and began building himself a 4,800-square-foot house with a movie theater and gym on 22 acres with a pond outside of Des Moines.

Over the course of the next six years, Tipton would go on to fix lottery games across five states, netting more than $2million.

Yet his employer trusted him so much that he was promoted in 2013 to head information security, placing him in charge of protecting the very lottery computer systems he had been cheating.

In July 2015, Tipton was found guilty of rigging a computerized Hot Lotto game so he could win a $14million jackpot then trying to get acquaintances to cash the prize for him without revealing his identity.

Although Tipton never got his hands on the winning total, he was charged with two counts of fraud and jurors found him guilty after just five hours of deliberation.

Further investigation into Tipton’s rigging activity revealed his other winnings.

He pleaded guilty in June after denying wrongdoing since his 2015 arrest.

His attorney is seeking a sentence of no more than three to four years in prison, arguing that his client is unfairly being treated far more harshly than other people involved in the scheme.

He admitted to masterminding the lottery rigging scheme as part of a plea deal reached with Sand to resolve charges in all states from which he had won jackpots. 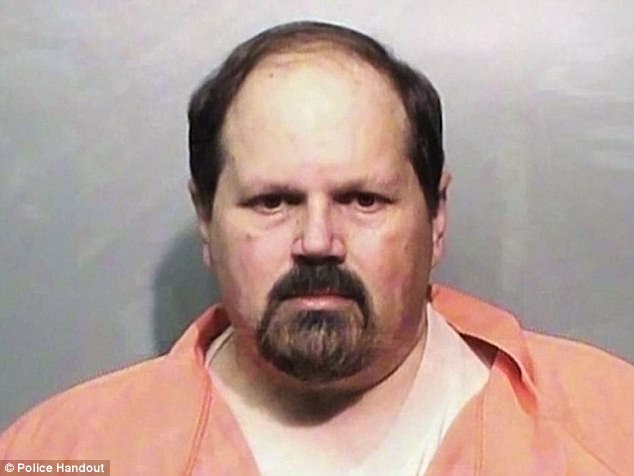 Tipton’s luck ran out when he was found guilty in 2015, later admitting that he fixed the lottery six times in five different states between 2005 and 2011

Tipton agreed to detail for authorities how he altered the computers, reveal all the games he had fixed and who helped him.

Sand said Tipton, in a two-day interview, answered all the questions, but often minimized and rationalized the criminal nature of his actions and their effects.

Tommy Tipton is serving a 75-day jail sentence in Texas after pleading guilty in June to conspiracy to commit theft by deception.

Rhodes, of Sugar Land, Texas, pleaded guilty to a computer crime and will be sentenced on Aug. 25. 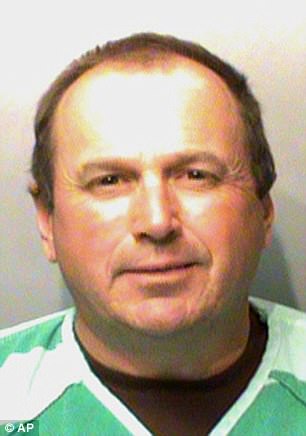 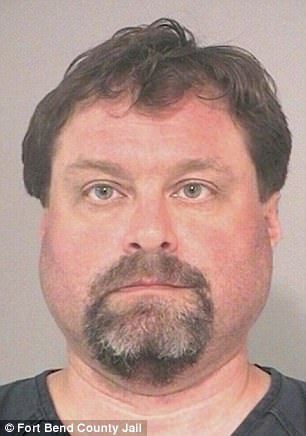 Eddie Tipton’s attorney, Dean Stowers, said in court documents that Tipton was bullied by Sand into a plea agreement that requires him to repay the full $2million in ill-gotten winnings to the four states but claims that Tipton personally only ended up with no more than $351,000.

Tipton admitted as part of his plea that in 2005 he added two extra routines to the computer coded that generated the random numbers, allowing him to predict numbers on specific drawing days.

Sand said Tipton’s actions corrupted the entire industry and destroyed the promise to players that all tickets have an equal chance to win, though his disclosures may help lotteries improve security systems.

The Multi-State Lottery Association provides computers for lotteries in 33 states the District of Columbia, Puerto Rico and the U.S. Virgin Islands.

The computers are designed to randomly draw numbers in several games, including Powerball, Mega Millions and Hot Lotto. Players have sued the association alleging they were defrauded by Tipton’s scheme.

Tipton was caught after buying a winning ticket for a Hot Lotto ticket in Iowa in December 2010, even though he was prohibited from playing the lottery. 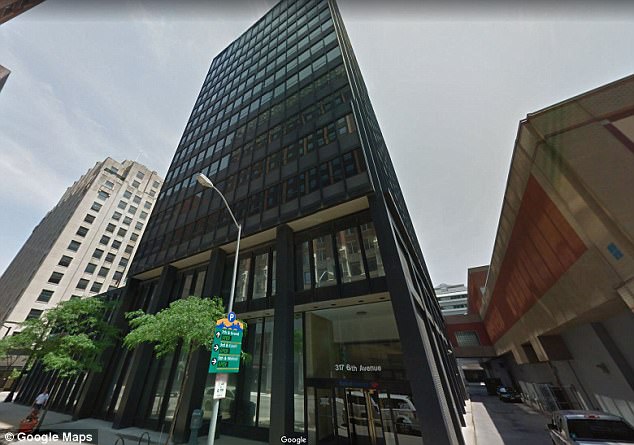 Tipton worked at the Multi-State Lottery Association in De Moines (pictured). He built computers used to randomly pick numbers for some of the most popular lottery games

He asked Rhodes to help him collect the jackpot, which was worth $14 million after taxes. Rhodes recruited others to attempt to anonymously redeem the ticket, but Iowa won’t pay jackpots without proof of who bought the ticket – a policy Sand credits with uncovering Tipton’s multi-state lottery rigging scheme.

Stowers alleges that Rhodes stole money from his client, that people who haven’t been charged stole numbers from Tipton’s brother to win the Colorado Lotto, and that Tipton never received any of the Oklahoma winnings.

He said the lotteries have refused to pursue those who received the money. He also called sentences for Rhodes and Tommy Tipton ‘a slap on the wrist’ compared with what Sand is seeking for Eddie Tipton.

‘Defendant has clearly been left holding all the financial liability while the parties with the money are largely walking away untouched and unscathed with the states lifting not a single finger to recover the monies they received,’ Stowers wrote.

Sand said a lengthy prison sentence for Tipton would serve as a deterrent to anyone else who might be considering such crimes.