It’s the second largest street festival in the world, which both celebrities and the public alike flocked to celebrate.

And Lottie Moss proved she’s not one to pass up a good party, as she headed to Notting Hill Carnival on Bank Holiday Monday to live it up with other festivalgoers.

The model, 20, was sure to set pulses racing at the event as she flaunted some serious underboob as she went braless in a black crop top.

Lottie’s dark top had the word Angel written on it, and it sat high on her chest so that she could flaunt her toned abs.

Slipping her lithe legs into a pair of denim jeans, she added an extra dazzling touch to her look with sparking sequins encrusted across the front.

Styling her blonde locks into a sleek, straight style, the beauty accentuated her naturally pretty features by wearing light touches of make-up. 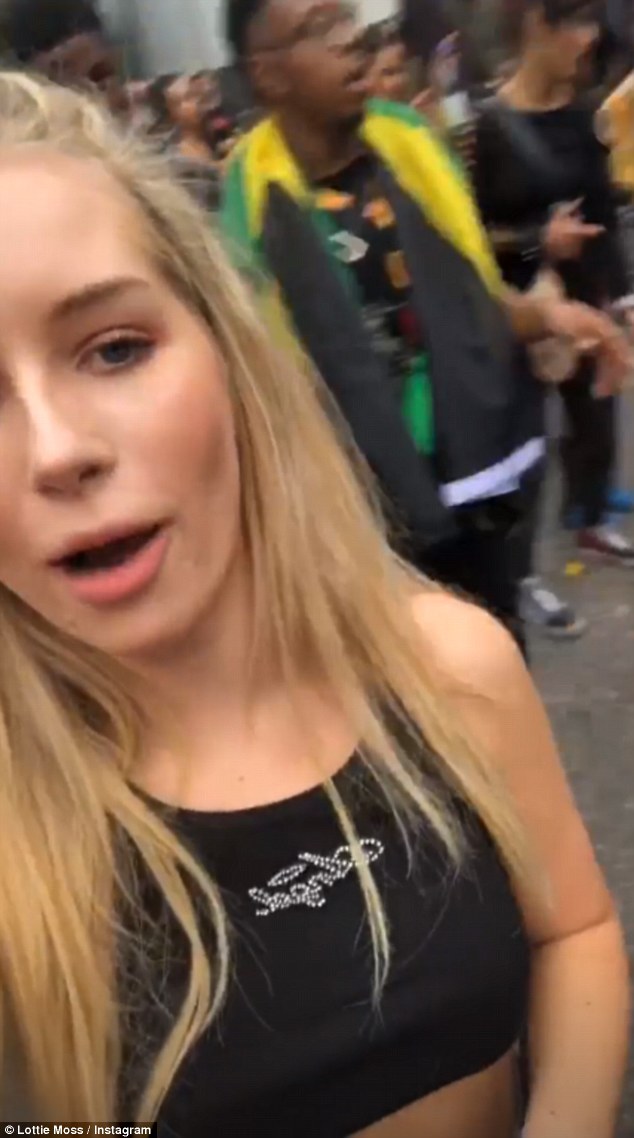 Stunning: Lottie’s dark top had the word Angel written on it, and it sat high on her chest so that she could flaunt her toned abs

The socialite was in high spirits when she shared a glimpse of the festival with her 244k Instagram followers later that day.

Beaming as she turned around to show off her surroundings, Lottie tried to get her male pal’s attention and shouted in glee.

Full of people in the streets all having a great time, the Notting Hill Carnival is a two day extravaganza, the second largest in the world after the Rio Carnival in Brazil. 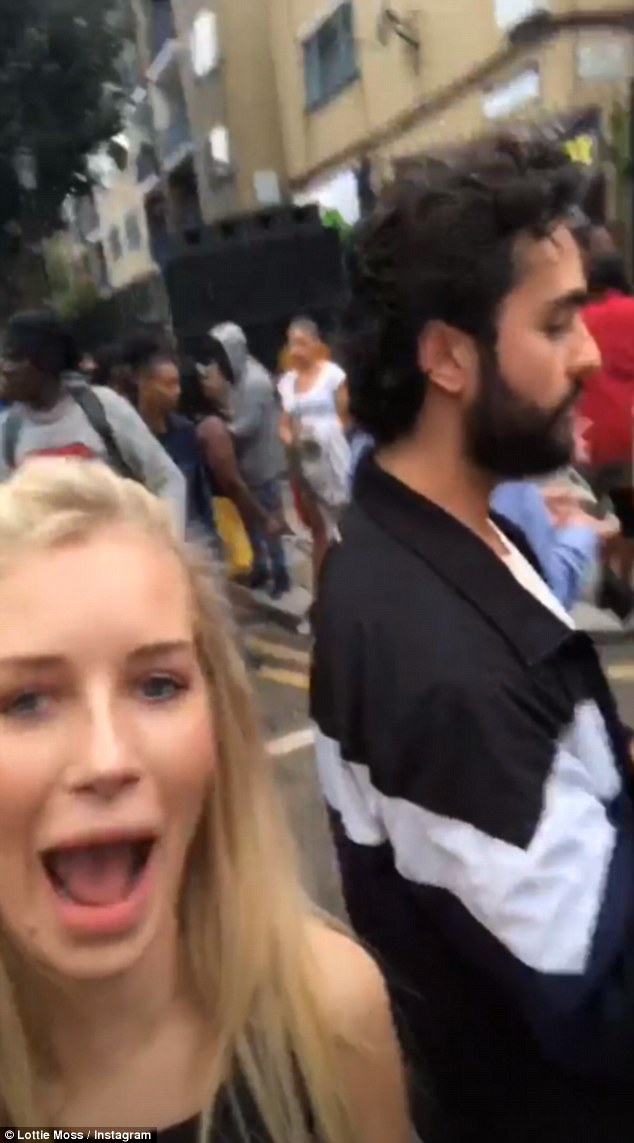 Living it up: The socialite was in high spirits when she shared a glimpse of the festival with her 244k Instagram followers later that day 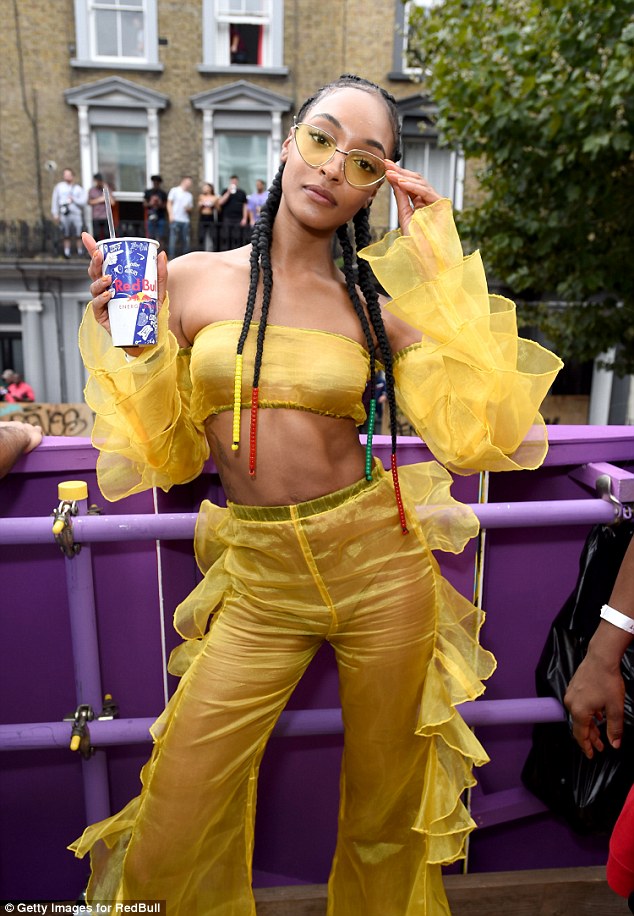 Stylish: Model Jouran Dunn also made her way to the carnival, and looked stunning in a semi-sheer yellow trousers which showed off a glimpse of her underwear

The music is set to stop for a 72-second silence in tribute to the 72 people who died following the fire at Grenfell Tower in June 2017 being within half a mile of the parade route.

The large party in West London is celebrated by many Caribbean cultures in places where West Indian people have migrated.

However, this year police will have the power to stop and search people at the Notting Hill Carnival in a bid to crack down on violence. 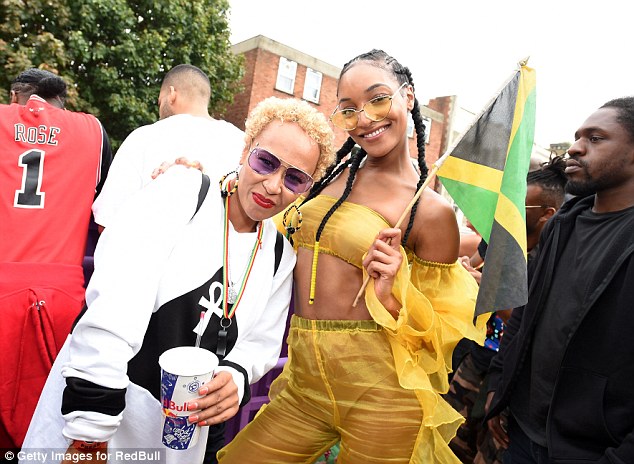 Having fun: Gal pals Jourdan and Emeli Sande posed up a storm at the event 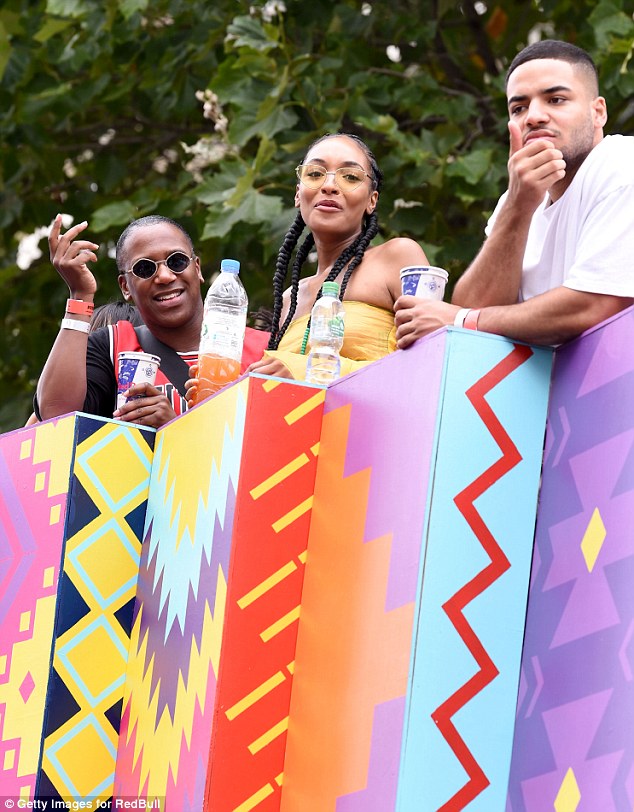