‘You’re saying I’m a n*****?’ Louis CK and Chris Rock are slammed for repeatedly using the N-word as they laugh that the ex-SNL funnyman is ‘the blackest white guy’ in resurfaced interview

Louis CK and Chris Rock are under fire after a years-old video resurfaced in which they both freely use the n-word.

‘Yes, you are the n****rest f****ing white man I have ever met,’ Rock says while CK and Gervais laugh as Seinfeld watches uncomfortably and says he wouldn’t use the term anywhere.

The exchange sparked an upheaval on social media with users bashing CK for using the slur, scolding Rock for allowing it and praising Seinfeld not condoning it. 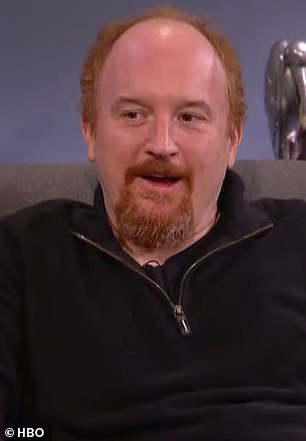 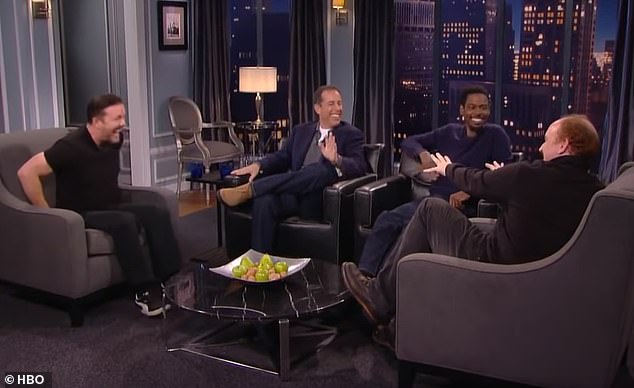 The interview created mixed feelings on social media with many disappointed with Rock for ‘allowing’ CK to use the slur a total of four times throughout the interview and not stepping in to stop him.

Author and activist DeRay McKessson asked: ‘What was Chris Rock thinking?’, while Bishop Talbert Swan said: ‘Why the hell was @chrisrock shucking, jiving and laughing with them?’

‘No, you don’t really understand,’ Rock says, defending CK. ‘You don’t know him like…I’ve worked with him.’

The pair worked together on the 2001 film Pootie Tang, which CK directed and Rock starred in.

During the interview CK went on to declare: ‘We say n****r on stage,’ referring to himself and Rock.

At one point, Gervais even threw around the slur while attempting to claim he doesn’t use it.

‘Who says n****r on stage? We don’t,’ said Gervais, referring to himself and Seinfeld.

‘You just did,’ Seinfeld corrected him. The comedian went on to say he doesn’t find the humor in the n-word, ‘nor do I seek it’. 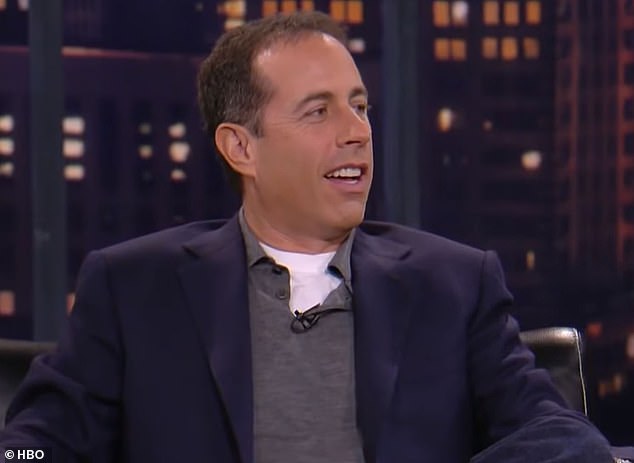 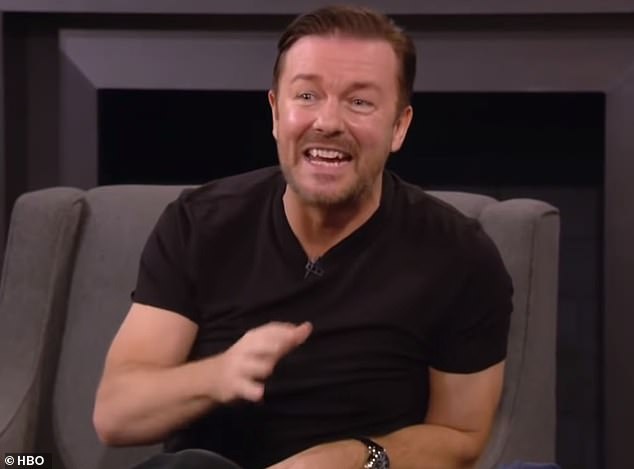 At one point, Gervais says the slur while CK says it a total of four times Author and activist DeRay McKessson asked: ‘What was Chris Rock thinking?’ in condoning the use of the n-word

This is the second blow to CK’s career after he was forced to apologize in 2017 for sexual harassment toward multiple women.

One woman on Twitter wrote: ‘So much cringe. LCK and Gervais were throwing the word around with so much glee, Chris Rock serving up his finest coon moment.’

‘I know black folks who are completely comfortable with white people saying the n-word in their presence. Have had to tell a few white folks I’m not that black person,’ journalist Jemele Hill said. ‘Still it says something the only person who was uncomfortable was Seinfeld.’

‘People are angry at Chris Rock on Dec. 22, 2018 for a skit that aired on April 22, 2012. The world has too much time on its hands and too much of an incessant need to be outraged,’ Carmine Sabia wrote.

This incident mirrors Kevin Hart’s ordeal earlier this month when he was forced to step down as the host of the Academy Awards due 10-year-old homophobic tweets that resurfaced.

CK: ‘When white people are rich they’re just rich forever and ever. Even their kids are rich. But when a black guy gets rich it’s count down to when he’s poor again.

Rock: ‘ He is the blackest white guy I f***ing know’.  And all the negative things we think about black people. This f***er…’

Seinfeld: ‘I don’t think he could do that. I dont think he has those qualities.’

Rock: ‘No, you don’t really understand. You don’t know him like…I’ve worked with him.’

Seinfeld: ‘No, I wouldn’t use it anywhere.’

Gervais: ‘No exactly. These two use it on stage.’

Gervais: ‘We can pair up in different ways, but that’s definitley a pairing. Who says n****r on stage? We don’t.

Seinfeld: ‘You just did.’

Rock: ‘I’ve given it up, just because it’s played.

CK: ‘I don’t think you’ve probably said it in your life.’

CK: ‘That’s a huge difference between you and me.’

Senfield: ‘Well you’ve found the humor of it. I haven’t found it, nor do I seek it.’

CK: ‘You know what though? Jerry all of a sudden having a great n****r bit would be amazing.’ 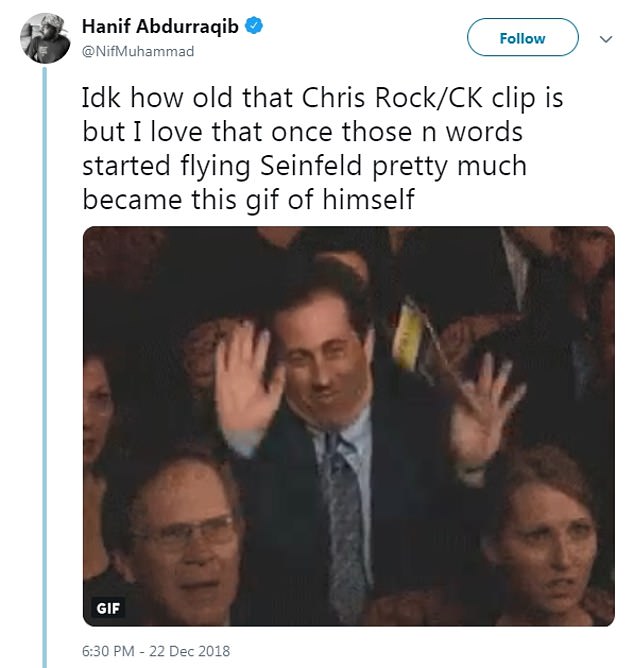