Louis van Gaal admitted that the champagne was on ice for Manchester United’s Champions League qualification after they delivered a scrappy victory at Selhurst Park, beating Crystal Palace 2-1.

Though a draw would mean Liverpool could still catch United on points, their goal difference is 14 goals worse than United’s – meaning Liverpool need to win. 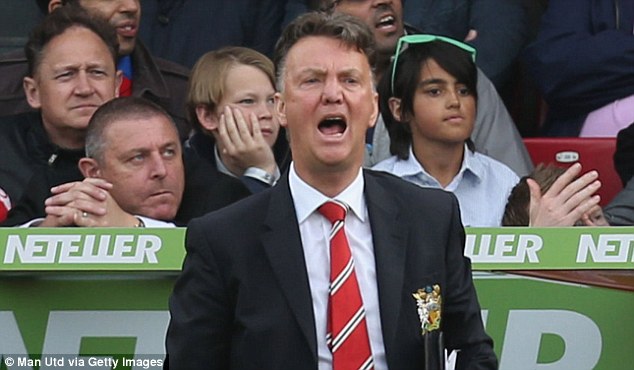 Van Gaal said: ‘It brings us a big step closer to our goal and now we shall sit with a fantastic glass of wine tomorrow to watch the Chelsea v Liverpool match.’

Asked if he might move on to the champagne if Liverpool lose, the Dutchman said: ‘When I don’t drink too much red wine, then maybe.’

Van Gaal conceded that his side didn’t play well and their problems were compounded by Luke Shaw going off with concussion in the first half and Wayne Rooney at half time with a dead leg.

‘Football is crazy,’ said van Gaal. ‘When you see how we have played against Chelsea, Everton and WBA and compare it today, in that row of matches it was not our best match – but we won.

‘That’s also the beauty of football. What I saw today is the fighting spirit of my team and that’s what I told my player: when you fight like today we are difficult to beat.’ 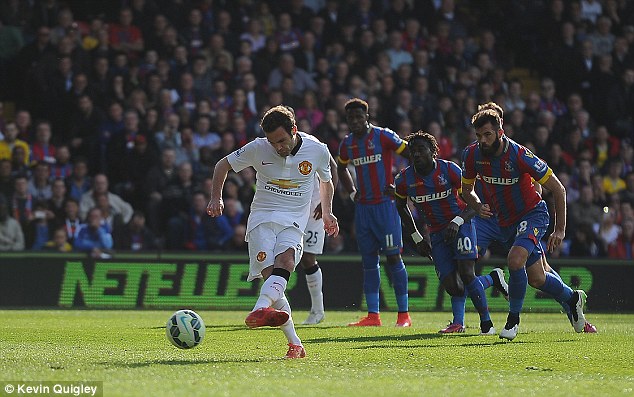 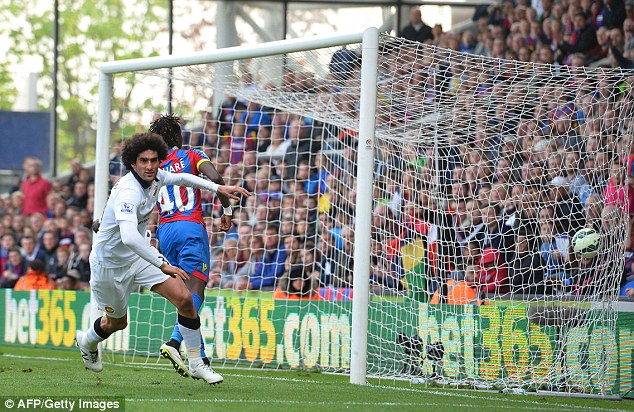 He also paid tribute to David de Gea, who pulled of a point blank save from Glenn Murray at 1-1 to keep United level.

‘He made a great save at the most important moment because at that time Crystal Palace could have scored the second and then it would have been very difficult for us to get back in the match.’

Van Gaal’s opposite number Alan Pardew did not want to come across as a ‘moaning minnie’, but thought the handball was harsh on Scott Dann for the penalty from which Juan Mata opened the scoring, while he felt Radamel Falcao pushed Delaney in the build-up to Fellaini’s winner. 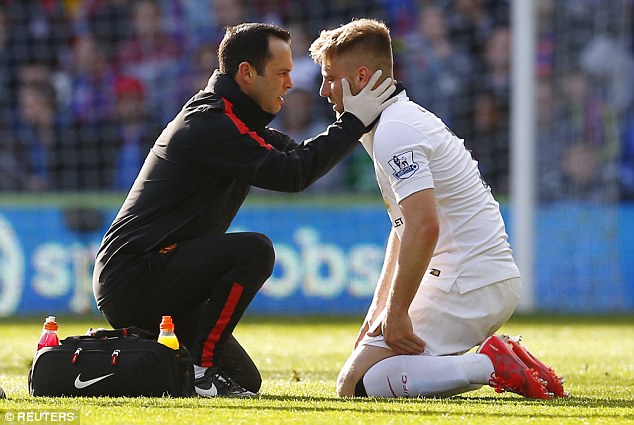 Luke Shaw, with a suspected concussion, was forced off the pitch in the first half 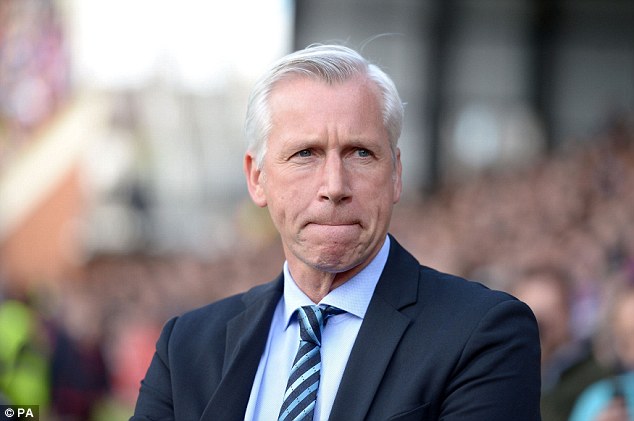 ‘Well, I am a bit aggrieved about the penalty, obviously,’ Pardew said. ‘I think from the referee’s angle that’s a real tough call on us.

‘Scotty Dann does gesture with his body, but he is away from the referee and the referee’s angle can’t be sure that’s hit his arm.

‘I asked him that after and he said he just went with his gut feeling that it was a penalty, but after the players’ reaction and seeing it on VT I think that was a really tough call.’