A six-year-old boy was able to save the life of his twin cousins after they almost drowned in a pool in Louisiana.

He kept his cool as he managed to drag Kaden and Isaac Kelley out and call for their father to help.

Branson Lee, 6, pulled his twin cousins from a pool. They were floating face down when he discovered them 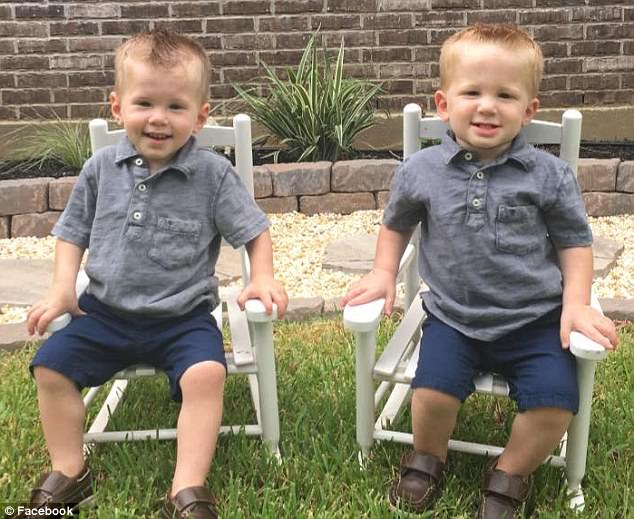 Kaden and Isaac Kelley, aged 21 months, were pulled from their family’s pool on Sunday night 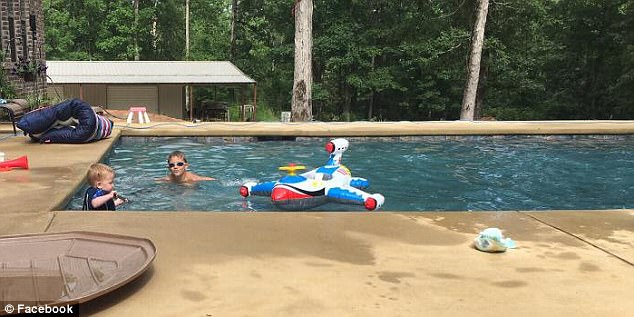 Steven Kelley told NBC that the toddler twins were limp and ‘blue as a pair of blue jeans’ when he began CPR but incredible they were able to be revived.

‘Anybody can bring a pulse back. I’m a first responder at work, and I’m blessed to have that training,’ he said told The Associated Press in a phone interview from Calhoun, a northeast Louisiana town about 15 miles west of Monroe. ‘But I cannot do anything to bring them back to themselves.’

The twins’ mother, Jeannie Kelley, told The News-Star of Monroe that after 30 seconds, Kaden began coughing up water and breathing. Another 30 seconds later, Isaac did, too.

The family estimated the twins were outside three to five minutes. In that time span, both ended up face down in the family pool. 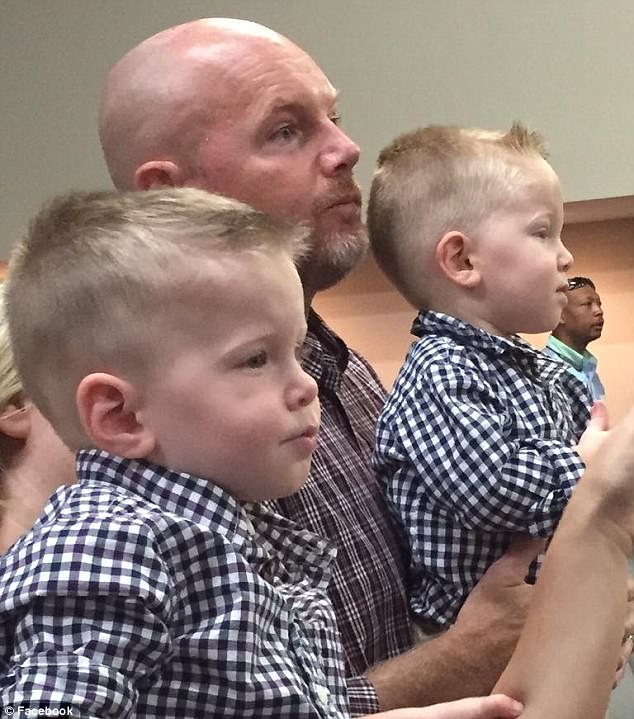 The twins, dad, Steven Kelley told NBC that the toddler twins were limp and ‘blue as a pair of blue jeans’ when he began CPR but incredible they were able to be revived

.Jeannie Kelley, right, along with her husband Steven said it was a miracle from God that the twins were unharmed after the incident

‘My nephew happened to be walking outside because his little brother, who is the same age as my boys, was wandering outside too,’ Jeanie said. ‘He saw his brother and grabbed him, and that is when he saw my babies. And he ran outside and grabbed them and pulled them up out of the pool and started yelling for us.’

Branson’s mother, Courtney said her son was a hero. ‘He said he just dove in. All he knew is he had to try to save them … It was a miraculous thing to know that at six-years-old he didn’t just scream and run away. He didn’t just ignore it or stand there in shock. He just immediately acted and allowed God to do the rest.’

Steven Kelley said the boys were eventually breathing shallowly when a firetruck arrived. Rescue workers gave them oxygen, and they were airlifted to a hospital in Shreveport, in northwest Louisiana.

‘Within 30 minutes, they were talking in sentences,’ he said. ‘Praise to God we’re not dealing with two boys who are intubated with no brain functions.’ 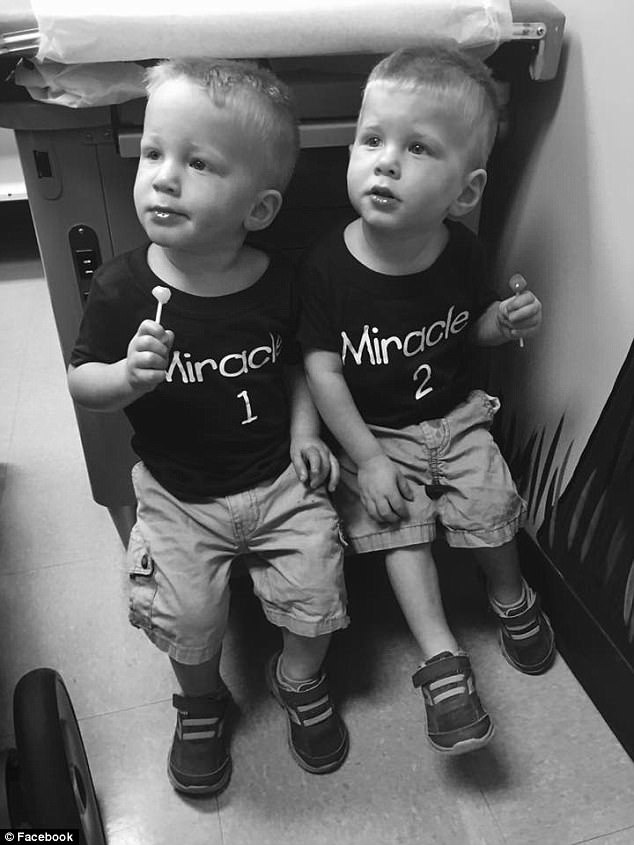 Despite stopping breathing for several minutes and having to undergo CPR, the boys were up, talking and playing, doing all of the things they normally do, much to the families amazement

Just that morning, Kelley said, both sides of the family were in church to dedicate the twins to God.

He said that while he drove to Shreveport, he prayed, ‘God, we dedicated these babies to you. We entrusted their welfare and safety to you. We want them back, nothing less than perfect.’

Later, he learned that his pastor had texted much the same prayer to start a ‘prayer chain’ that had a thousand people praying within 10 minutes.

By Monday morning, he said, they had pulled out their IV tubes out. Doctors ‘sent them home after 36 hours because the children were jumping off the window sill,’ he said.