The driver of a pickup truck that plowed into a crowd at a New Orleans Mardi Gras parade in February pleaded guilty to 11 felony charges Friday.

Sentencing is set for January 12 for 25-year-old Neilson Rizzuto.

Last month, he had pleaded guilty to 13 misdemeanors in connection with the crash.

Each of the 11 felony counts carries up to five years in prison.

As many as 32 people were reported hurt in the February 25 crash on the route of the Endymion parade. 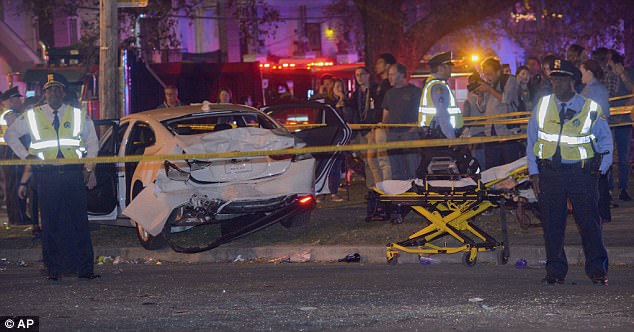 She said she was leaving the parade in a car with her family members when Rizzuto rammed them from behind, slamming their car into a utility pole.

‘I blacked out and had to be taken by ambulance to the hospital with injuries to my head, my neck, my abdomen, back and my knee. I’m in pain every day. I suffer from insomnia, migraines, and what has been diagnosed as PTSD.

‘It seems like it’s a nightmare on some days,’ said Bertrand, according to an account in The New Orleans Advocate. 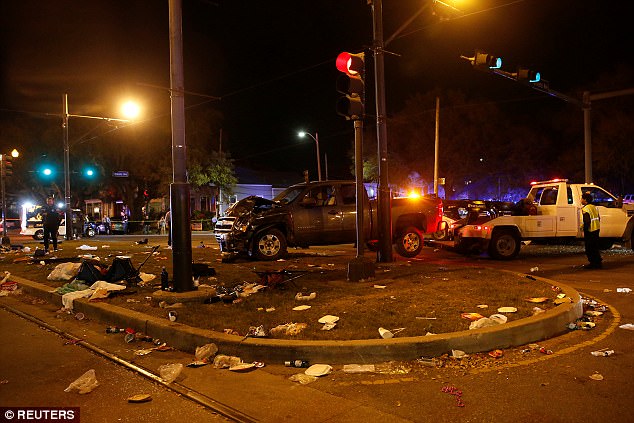 The truck crashed along the Endymion parade route. At least 32 people were injured in the crash 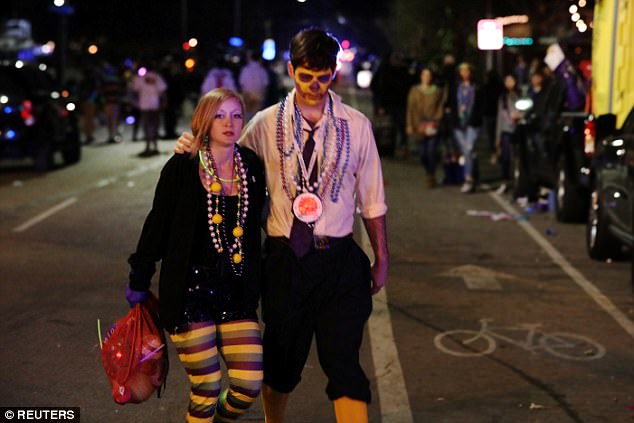 People walk away from the scene of the crash on February 25. Each of the 11 felony counts against Rizzuto carries up to five years in prison

The accident came during one of the busiest nights of Mardi Gras when thousands of people throng the streets of Mid-City to watch elaborate floats and clamor to catch beads and trinkets tossed from riders.

Police had said that a breath alcohol test determined that Rizzuto’s alcohol level was three times the legal limit after the he was arrested.

Rizzuto had worked as a bouncer at a daiquiri shop.