A mother is celebrating her $1 million Louisiana Lottery prize after being completely unaware she had won.

Lala Singleton only remembered to check her ticket after her sister-in-law, from Connecticut, tagged her in a Facebook article that said the winner was from her hometown of Baton Rouge.

Singleton, a ‘every once in a while’ player of the Powerball lottery, couldn’t believe that her chosen five white balls matched those she needed for the jackpot.

‘Once I checked my ticket, I just flipped out!’ she told Lottery Louisiana. ‘I made my boss and coworkers double check!’ 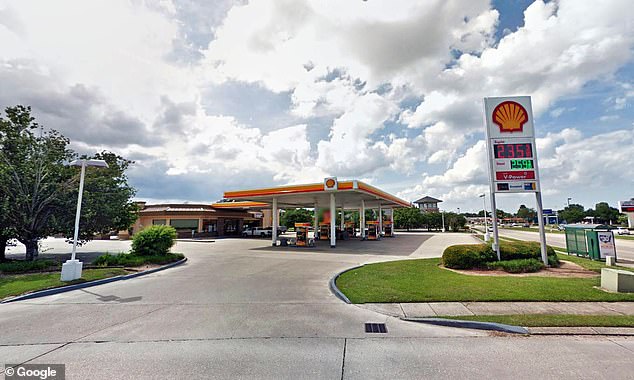 Singleton who bought her ticket on June 22, intends to use the winnings to pay off her and husband’s debt as well as contributing towards their children’s college funds.

‘It’s been a stressful year,’ she said. ‘It has just been one thing after another lately… but joy comes in the morning!’

Singleton also plans to donate to Jumpstart Your Heart, a non-profit that raising awareness of heart conditions in athletes that can lead to sudden death.

After deductions from federal and state tax, Singleton received $710,000.

Charge Up 47 Shell Station, in Baton Rouge, where Singleton purchased her lucky ticket,has received a $10,000 bonus for selling it – 1% of the prize.

Cashiers Jerry Huggins and Charmaine Jackson at the garage have hung a banner to state that they were a location that has sold a winning ticket.