The wait is almost over, as hit UK dating show Love Island is set to air its debut Australian series on Channel Nine on Sunday night.

The love-hungry bunch are bound to make a splash when they enter the villa in Mallorca, Spain.

With just days until the famously steamy show kicks off, the stars’ sexiest social media snaps have been revealed. 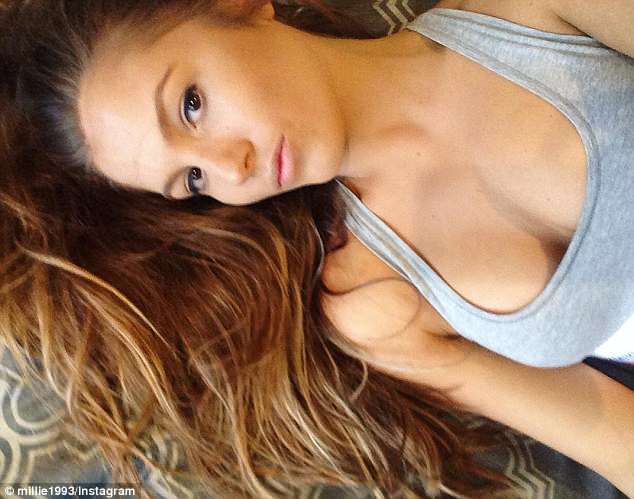 Millie, 24, is bound to be the apple of the boys’ eyes, with her gym-honed bikini body and pearly white smile.

The  Sydney-born brunette has admitted she counts the new Bachelor, Nick ‘Honey Badger’ Cummins, as an ex.

Dog walker Millie admitted to New Idea magazine that they didn’t get on because he was ‘really into all his weird spiritual stuff.’

She added, ‘We didn’t click – it was a little bit awkward.’

Battling Millie for the best of the boys is Natasha Cherie, 24. The buxom blonde has already revealed she has a scandalous and saucy past with a very famous pop gentleman.

The blue-eyed beauty, who isn’t shy about showing off her assets on social media, had a ‘tryst’with singer Justin Bieber. 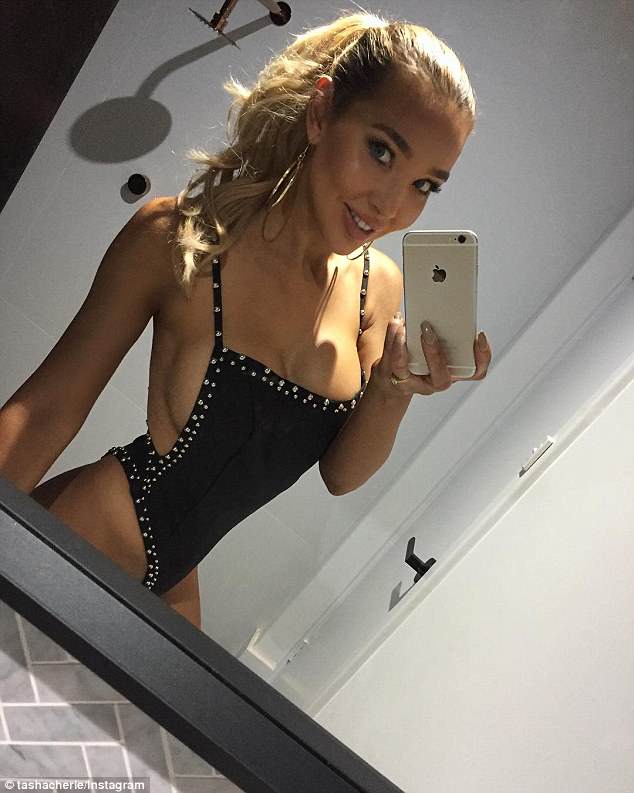 When New Weekly magazine probed Natasha on the rumour, she coyly replied, ‘Óh, er, that’s nothing.’

Justin isn’t her only famous ex – she has also been linked to former Bachelor Blake Garvey and Blake Colman.

Hotties Justin, 27 and Grant, 22, will go head-to-head to ‘couple up’ with the villa’s hottest girls. 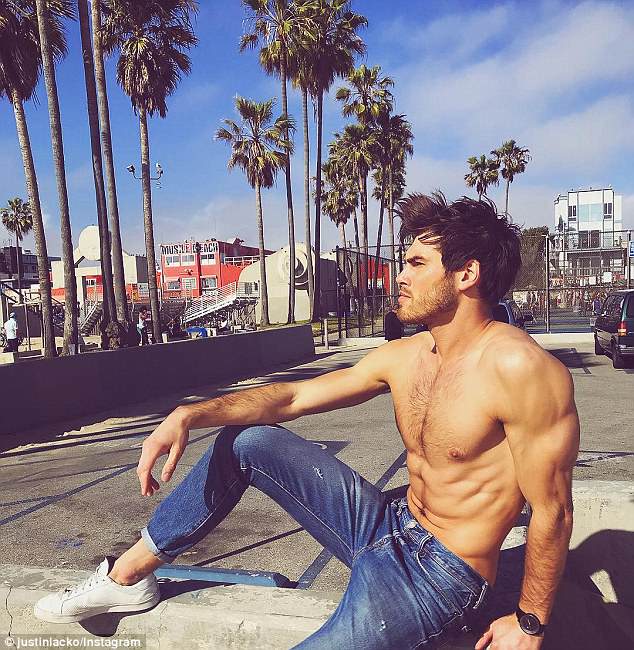 Justin loves showing off his chiselled chest on social media

Male model Justin is no stranger to showing off his enviable bod in his line of work. However, Justin’s not looking for a short-term romance.

The hot hunk told The Fix he’s serious. ‘I need love, I want love, I’ve been looking for love for a long time,’ he said.

The exercise-happy chap, who hasn’t had a girlfriend in two years, told Who he is looking for a ‘Nice, beautiful sort of girl. Good body, dark hair, tanned. Someone who is genuine.’ 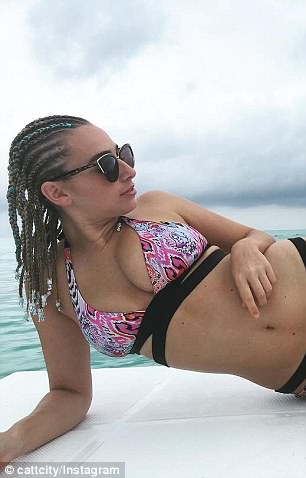 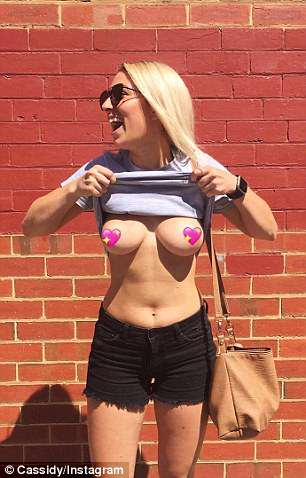 Self-described tomboy Cassidy, 23, has already made headlines for flashing her chest on Instagram.

The barmaid told OK! magazine she’s experiencing a dry spell in the bedroom and hasn’t had sex in eight months.

She explained her lack of action was down to ‘closing myself off to guys.’

Cassidy added, ‘Guys pick up on that. I don’t drink very often, so that impacts going out and being social.’ 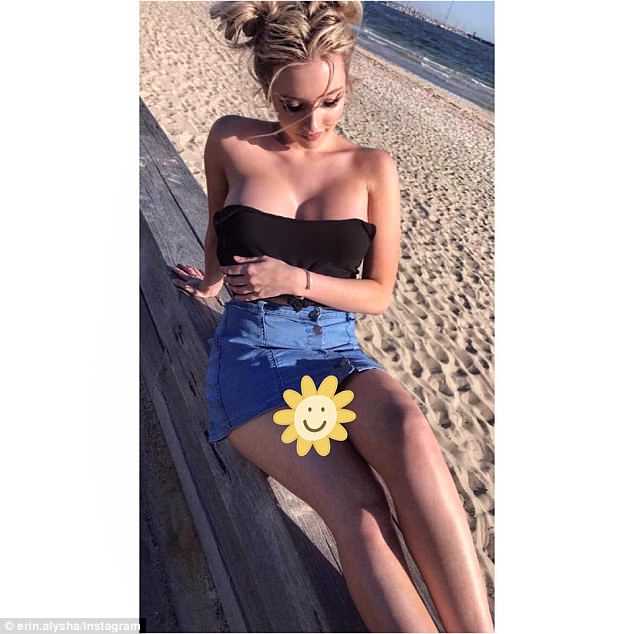 Melbourne-based Erin is no stranger to reality TV. The pretty nurse appeared on Beauty and the Geek back in 2013, when she was just 18 years old.

The daring blonde also said she would have a ‘fling’ with another woman, but rules out a long-term lesbian relationship as she would ‘miss penis too much’. 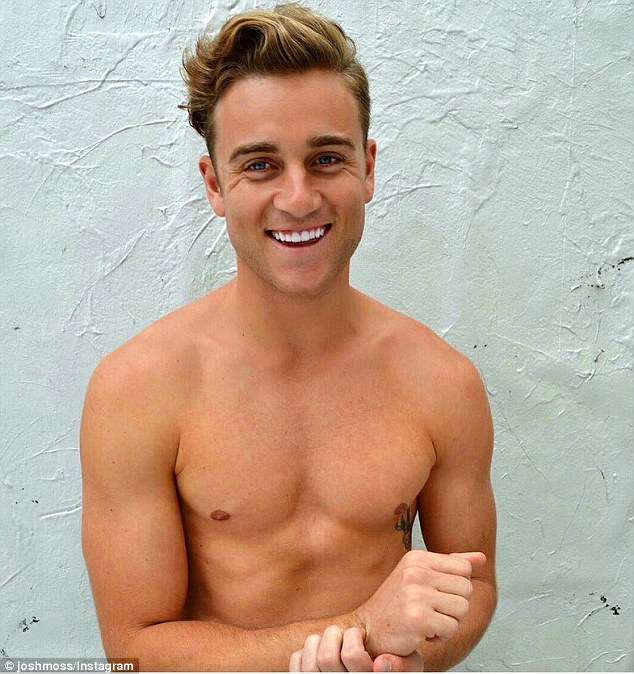 Sydney native Josh, 25, admits in his promotional teaser interview, ‘I did kiss my friend’s ex-girlfriend even though he asked me not to.

‘I lost a friend. You live and you learn, and now I know not to do that… I think.’

The Rugby Development Officer confessed to Who magazine he’s looking for, ‘someone who can have a laugh, someone who doesn’t take themselves too  seriously. Someone with a bit of substance to them.

‘Obviously they have to be beautiful as well. I think attraction is a big thing for me,’ he added. 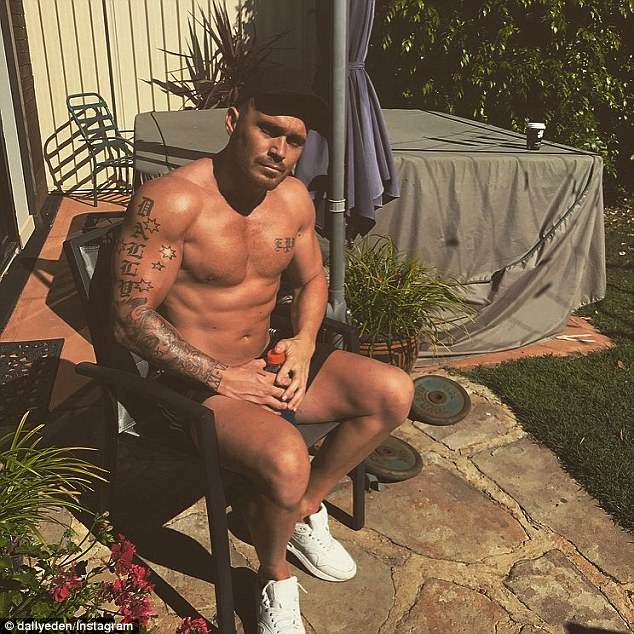 Phwoar! Eden’s abs will no doubt go down a storm in the steamy Spanish heat

Eden, 25, says he’s looking for a girl with a ‘strong personality’. The Sydney-based hunk admitted to Who magazine that he only auditioned for Love Island because he tried out for another reality show, but things fell through.

The Prison Officer is a family man who shares plenty of snaps of his mum and adorable niece on Instagram.

Not one for modesty, Eden describes himself as a ‘one of a kind specimen.’

Australia Rugby Sevens player Charlie has competed in the Commonwealth Games, but he’s swapping the pitch for the Mallorca sun this winter.

The chiselled 22-year-old has dipped his toe in the modelling pond.

He admits he prefers ‘sporty girls,’ and likes a busty partner, but has no preference between blondes and brunettes.

Beauty queen Tayla might be a tough nut for the Island boys to crack. The 21-year-old is an amateur boxer who gave up on the dating scene because she doesn’t trust men.

The Lebanese stunner, 21, is more than just a pretty face. She’s an amateur boxer and told GC Mag she’s all about empowering other women.

‘I want to show Australia that we as a woman shouldn’t be comparing ourselves, we should be embracing our differences, our culture, our bodies and our brains,’ she said.