Liam Hemsworth is the latest bachelor on the market following his shock split with Miley Cyrus.

Taking to Instagram, the 22-year-old posted a meme that read: ‘It’s 2019 and Brad Pitt, Brody Jenner and Liam Hemsworth are all single.’ 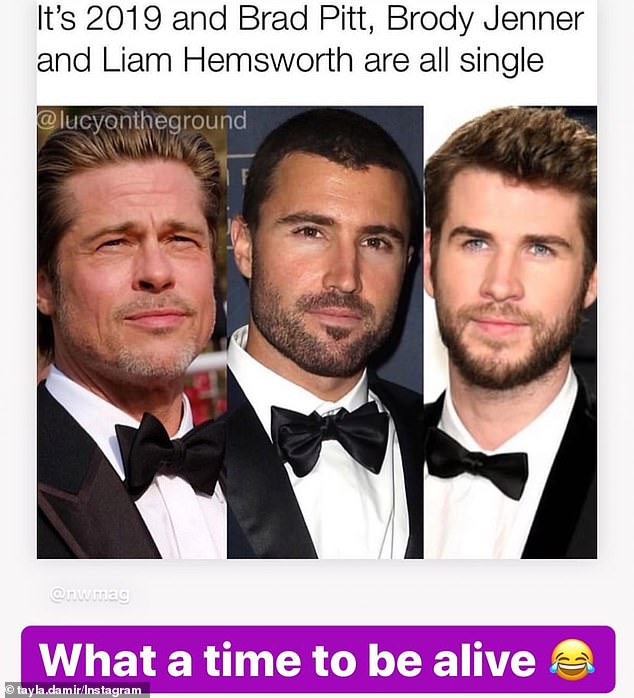 ‘What a time to be alive,’ Tayla jokingly captioned a post that highlighted Liam is single

‘What a time to be alive,’ Tayla captioned the post.

Although Tayla was joking, she is also newly-single after breaking up with Love Island  Australia co-star Dom Thomas in June. 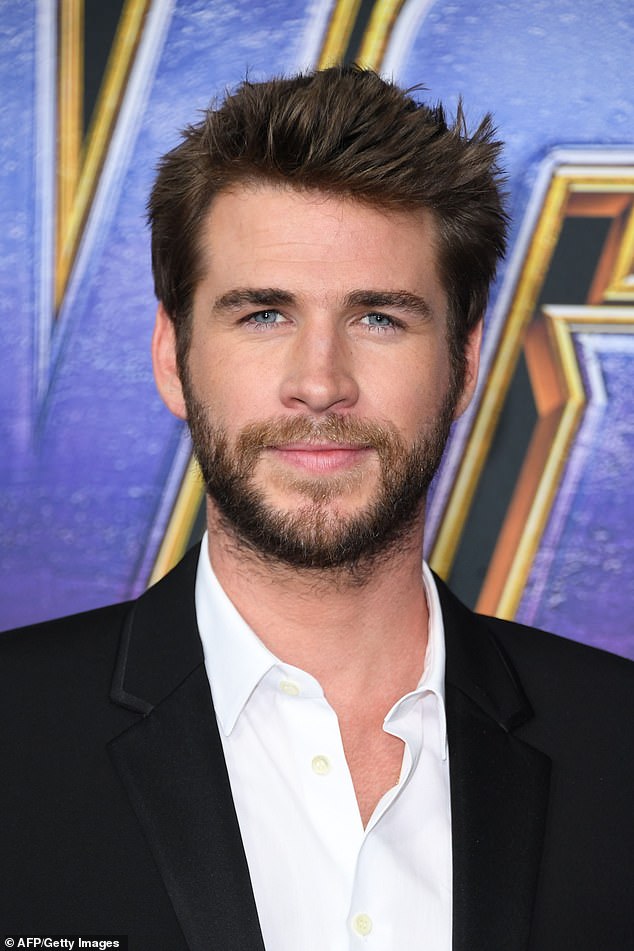 The couple said they decided to end their relationship after realising they were taking ‘different paths and directions’ in life.

‘We didn’t really know in our heads where we were at ourselves,’ Dom said in an emotional video.

Following the split, Tayla has been travelling across Europe and the Middle East, and showing off her revenge body.

She recently flaunted her toned physique in a glamorous photo as she soaked up the sun while sailing around Turkey. 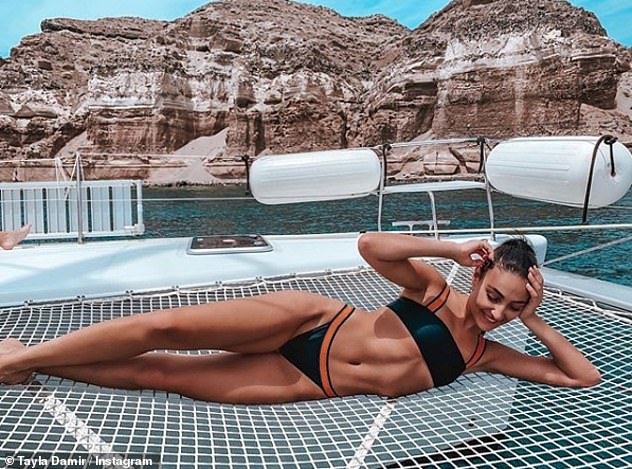 Making waves: She recently flaunted her toned physique in a glamorous photo as she soaked up the sun while sailing around Turkey

But Tayla’s holiday wasn’t all fun as hackers ‘cleaned out’ both her business and personal bank accounts while she was travelling around Europe.

Taking to Instagram, Tayla told her followers that she is now safely back in Australia after the frightening ordeal that saw her seek help from the Australian Embassy in Lebanon, only to be told there was nothing they could do.

The brunette beauty later wrote: ‘I’ve been back in Sydney for a week and I’m already needing another holiday.

‘I’ve had so many messages asking if I have sorted all my banking and identity theft out. It’s been a slow and stressful process, but I’m seeing the light at the end of the tunnel.’ 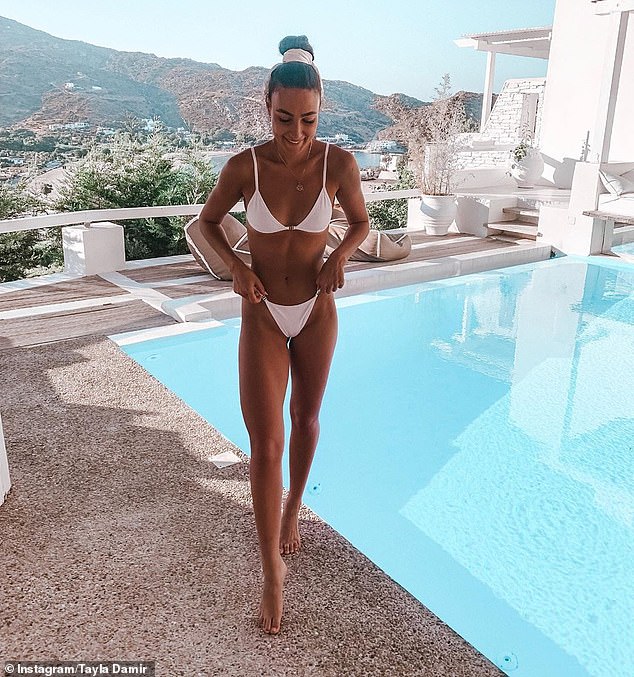 ‘It’s been a slow and stressful process’: Tayla recently told her Instagram fans that she’s finally seeing ‘light at the end of the tunnel’, after her bank account was drained by hackers while on vacation