Love Island: Belle and Anton are DUMPED from the villa

Anton Danyluk and Belle Hassan have been dumped from the Love Island villa, in the final elimination of the current season.

The pair – who coupled up mid-way through the process – found themselves axed with a mere 24 hours to go before the 2019 finale, narrowly missing out on the chance of winning the £50k prize.

The dumping took place after the contestants met each other’s families, who were unleashed on the villa earlier in the episode.

Out! Anton Danyluk and Belle Hassan have been dumped from the Love Island villa, in the final elimination of the current season

But since her exit, Belle, 21, reveals that she thinks it should have been Maura Higgins, 28, and Curtis Pritchard, 23, who got the chop instead.

The make-up artist suggested that although she loves the unlikely couple, the duo had ‘weaknesses’ in their romance due to the amount of rows they had in the villa.

When asked who should have gone in place of her and Anton, 24, she told MailOnline: ‘I think they’re all strong couples but…maybe Maura and Curtis.

‘I love them both but I just think they argued quite a lot. I struggled to see sometimes the connection there.’

She continued to say of the couple: ‘They’re lovely individually and they do obviously get on but I think there was just a few moments in there, I don’t know if they were aired or not, but I saw a few weaknesses in their relationship so maybe them. But other than that, they are a strong couple, I mean everyone’s a strong couple at this point.’

Curtis and Maura’s relationship has come under a lot of fire of late, with Curtis accused of being ‘fake’ during the headlines challenge, while Maura was slammed for pressuring him for sex. 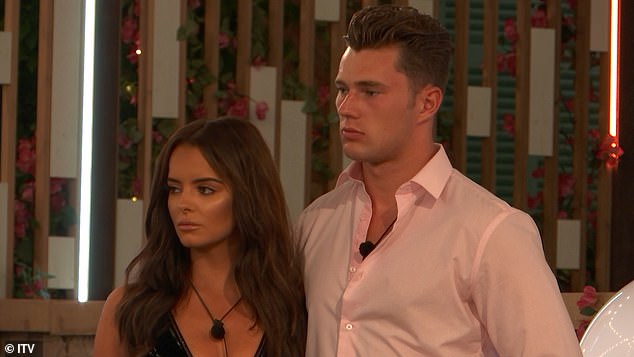 Opinion: Belle has revealed that she thinks it should have been Maura Higgins, 28, and Curtis Pritchard, 23, who got the chop instead

It comes as a close pal of Curtis hinted that their romance will not last and that Curtis will dump Maura when he ‘comes back to reality’.

The close friend of Curtis was not shy in revealing what he thought of the Irish pocket rocket and his friend’s romance during an interview with the Irish Independent.

‘It could be a summer romance, and then they’ll come back to reality,’ shared the friend.

They continued: ‘I do believe Maura likes him. I love that she’s upfront and feisty, but I think she’s a bit overpowering.’ 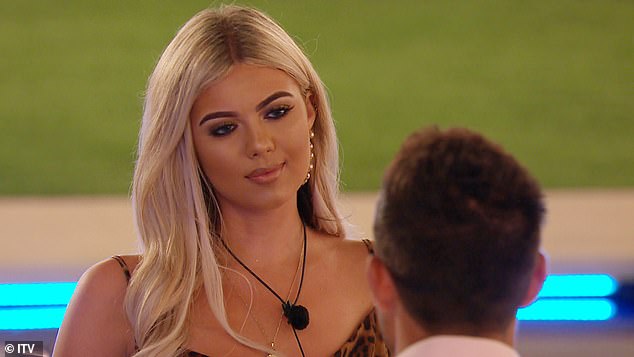 Having her say: ‘I love them both but I just think they argued quite a lot. I struggled to see sometimes the connection there’

The pal added Maura, was ‘a bit of fun’ and that ‘Curtis is thinking about now and not the future.’

Meanwhile, Curtis caused fans to question his true feelings for Maura during Thursday’s instalment of the looking for love show after the couple had a romantic al fresco dinner complete with their own harp player.

Maura opened her heart to the hunk, as she said: ‘I know I don’t tell you a lot of the time that I like you, but I really do. You’re funny and I love your smile. When you smile, I smile.’

Instead of returning the praise and words of admiration, he told her: ‘I’m a very lucky man.’ 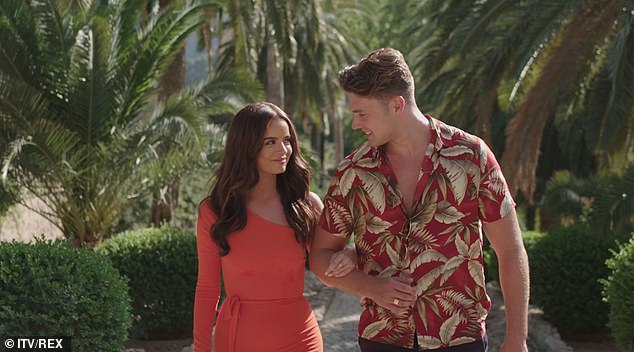 Weakest link? ‘There was just a few moments in there, I don’t know if they were aired or not, but I saw a few weaknesses in their relationship’

Elsewhere, fiery Belle also gave her own verdict on Tommy Fury and Molly-Mae Hague’s romance when questioned if she thought that Molly was faking her feelings for the boxer, as suspected by many viewers.

‘I think they get on and are a good couple. But we don’t know what you guys are seeing, I’m with Molly 24 hours a day but I’m not with her when she goes off and has a chat with someone and see what she talks about with the other girls. I don’t see everything all the time.

‘So, we don’t really know what you guys have seen. I think they’re genuine, I think they look sweet together but you never know, only time will tell with that one.’ 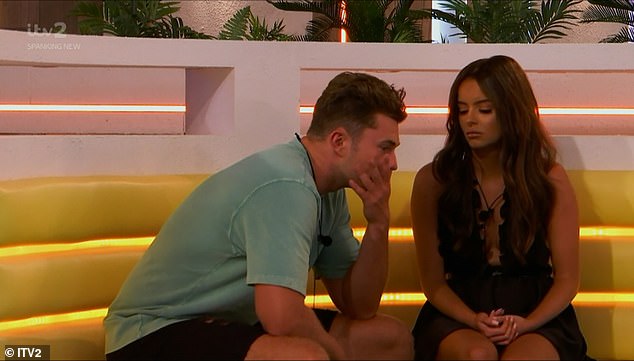 Over after the show? ‘It could be a summer romance, and then they’ll come back to reality,’ shared Curtis’ friend 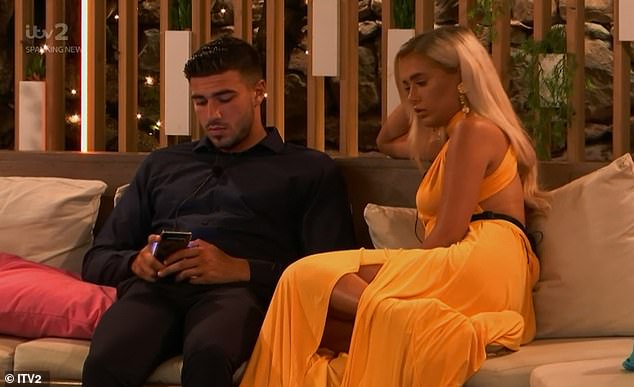 She also hit out at the social media influencer after discovering that she had criticised her and Anton’s romance.

After discovering what Molly had said, Belle told MailOnline: ‘ Do you know what, I think Molly’s got too many opinions sometimes.

‘Again, everyone is entitled to their own opinion but at the end of the day, people see it for what it is and it is what it is. And I wouldn’t judge her on that, everybody’s got to make a decision and I just hope that her reasoning was pure.’ 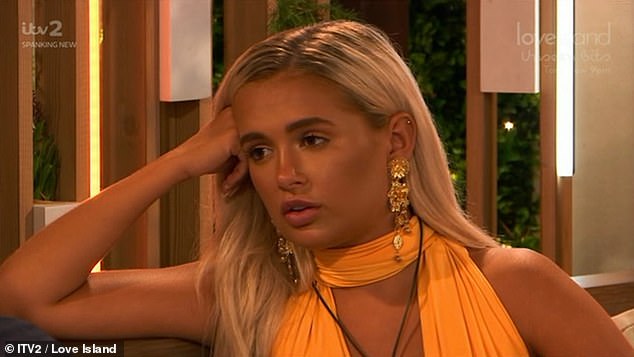 Having her say: Belle said that Molly was a ‘little bit two faced’ and had ‘too many opinions’ after finding out that what Molly had to say on her romance