Durman, 25, broke up with his former lover Stevie-Leigh Pich, 22, months before going into the villa and was coupled up with Rochelle Humes’s sister Sophie Piper, 21, until he was voted off the show last night.

But friends claim the coffee bean salesman bombarded Miss Pich with abusive messages, branding her a ‘sl**’ and a sl**’.

The texts also see him describe Miss Pich sleeping with black men as a ‘rank’, adding ‘it makes me sick’, reports The Sun.

Friends of the make-up artist told the newspaper: ‘It’s disgusting that he can send messages like that given who he’s paired up with on the show.

‘He kept telling Stevie that it made him sick that she’d seen the guy and was really nasty.’

Another of the texts seen by The Sun sees the pair discussing last year’s Love Island contestant Ovie Soko, 28.

Mr Durman, of Brighton, then says Miss Pich ‘liking black boys’ is ‘such a put off’, the paper reports.

The couple were an item for four years and lived together during their time in Sydney, Australia.

She claimed to be heartbroken at seeing her ex coupled up with another woman on national TV.

But the 25-year-old was accused of ‘gaslighting’ Miss Piper during his time in the villa.

Fans of the show branded him ‘possessive’ and ‘controlling’, before he was booted out.

Reports claimed he had a ‘fivesome’ just days before entering the ITV2 villa after he bragged about sleeping with more than 100 women.

A Love Island spokesman said they were unable to comment on the claims. 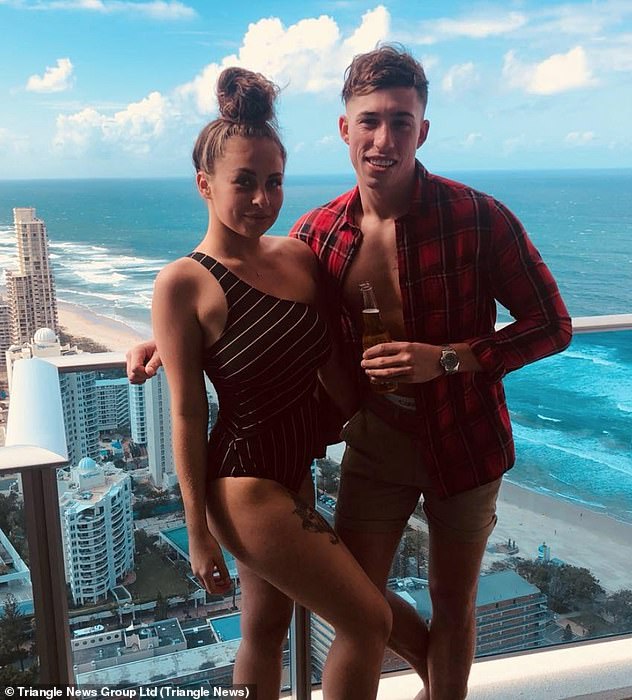 Durman, 25, broke up with his former lover Stevie-Leigh Pich, 22, (with him) months before going into the villa and was coupled up with Rochelle Humes’s sister Sophie Piper, 21, before he was voted off the show last night