He made it five-and-a-half weeks on Love Island before he was booted from the villa.

But Hugo Hammond, 24, is making the most of his time on the show and is now reportedly selling ‘pep talks’ on Cameo.

The reality star, who was born with clubfoot, is said to be charging fans £50 for motivational 30-second clips on the celebrity video platform to help people through their own breakups.

Cashing in: Hugo Hammond, 24, is making the most of his Love Island fame by selling ‘pep talks’ on celebrity video sharing platform Cameo

In one message to someone who’s going through a split, he said: ‘Keep being you, that’s all you can be.

‘Just surround yourself with your nearest and dearest, friends and family, and I’m sure they’ve got your back.

‘You’ve got this and I’m sure somebody else is around the corner.’ 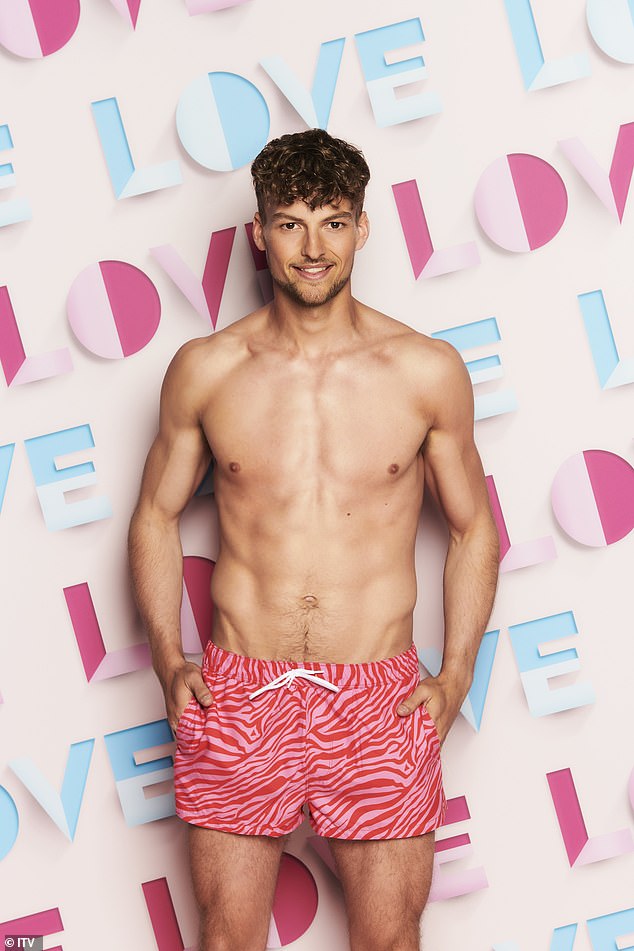 Reality hunk: Hugo made it five-and-a-half weeks on Love Island before he was booted from the villa when the public failed to vote him and Amy Day as one of their favourite couples

The PE teacher is also available to provide birthday messages and personalised announcements on the site.

MailOnline has contacted representatives for Hugo Hammond for comment.

Meanwhile, Hugo may not have had much luck on Love Island, but he’s still hopeful to find a partner in the outside world after being inundated with messages from fans.

During an appearance on Lorraine last month, he said: ‘My DMs have been rather full since leaving the show so maybe I’ll have more luck on the outside world than I did on the inside of the villa.’ 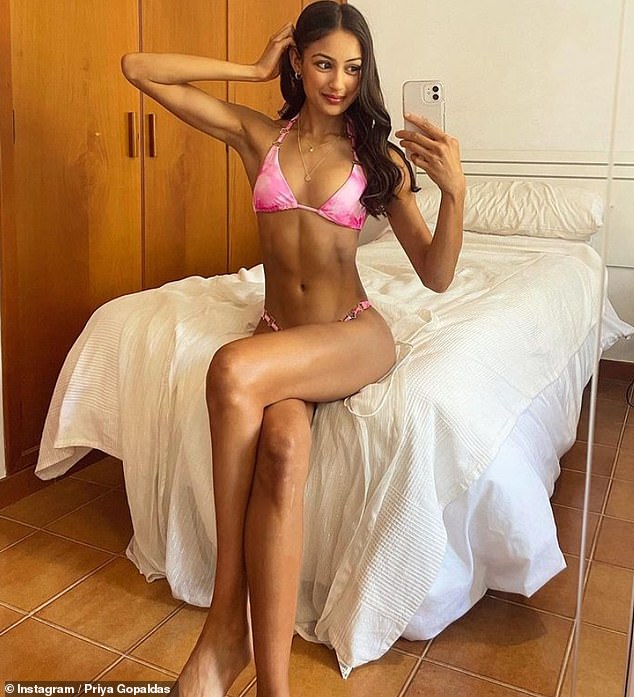 Love affair? Hugo said he would like to get to know Love Island bombshell Priya Gopaldas, who joined the show after he was dumped from the island, admitting she seems like a ‘great girl’

The hunk has also attracted the attention of fellow celebrities such as former Love Island star Francesca Allen who has tried to get his attention by commenting on one of his pictures on Instagram – but he’s not interested in getting to know her on a personal level.

He explained when pressed on their relationship: ‘There’s nothing there, that was just a comment on an Instagram.’

However, Hugo would like to get to know Love Island bombshell Priya Gopaldas – who joined the show after he was dumped from the island, admitting she seems like a ‘great girl’.

He said: ‘I saw Priya go in and I thought – having just seeing bits and bobs of her over the last couple of episodes – she looks like a great girl and I would have loved to have got to know her but unfortunately I’ll have to wait a couple of weeks to do that.’ 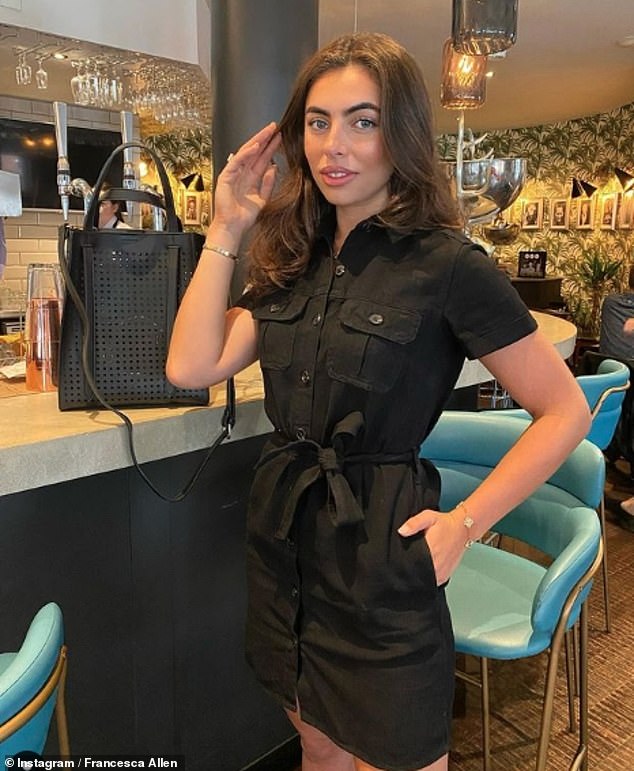 Star couple? Hugo has attracted the attention of fellow celebrities such as former Love Island star Francesca Allen, who appeared on the 2019 series, since leaving the villa