On Sunday night’s premiere of the show, the 25-year-old sports administrator rated himself a ’10 out of 10′ in the looks department.

However, in a cringe-inducing scene aired just moments later, the stud ‘s self-esteem seemed to take a hit when he was rejected by all five of his female co-stars.

‘You are not my type’: On Sunday night’s premiere of Love Island, contestant Josh Moss was rejected by FIVE of his female co-stars… just moments after rating himself a 10/10

Early on in the episode, Josh was introduced in a piece-to-camera which showed him shedding his shirt and flexing his bulging biceps.

The Sydney-based star cockily stated: ‘I’m going to set this house on fire. I would give my looks a 10. And I would be a bit more honest and give my personality a 9.95.’

He continued: ‘I have a medical condition that is called a wandering eye. It constantly wanders.’ 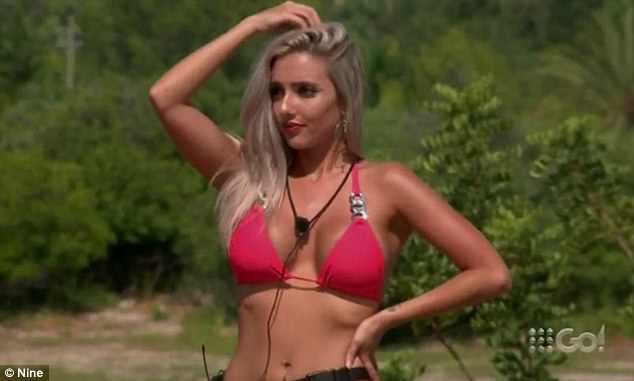 Ouch! Contestant Erin was seen looking less than impressed when Josh walked out

‘When asked what kind of woman he was looking for on Love Island, he replied: ‘I am not looking for a ham sandwich. That’s a boring sandwich. Mustard and tomato and aioli sauce is good. Let’s just fill the sandwich up.’

However, Josh’s chance of romance on the show appears to be almost as dire as his metaphors, as he was subsequently rejected by the show’s stunning females.

The stud was the first male cast member to be introduced to the five women, strutting through the villa without a shirt on. 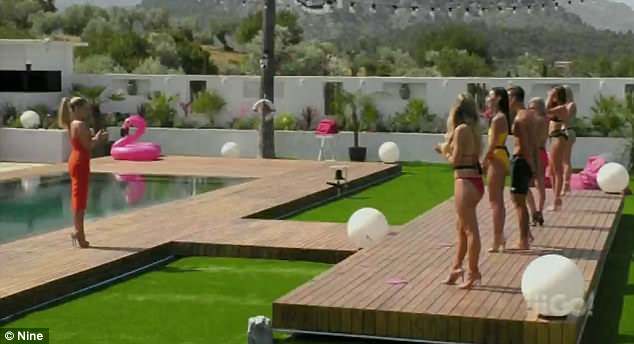 Oh dear! When host Sophie Monk asked the females whether they would like to step forward if they were interested in Josh there was no movement 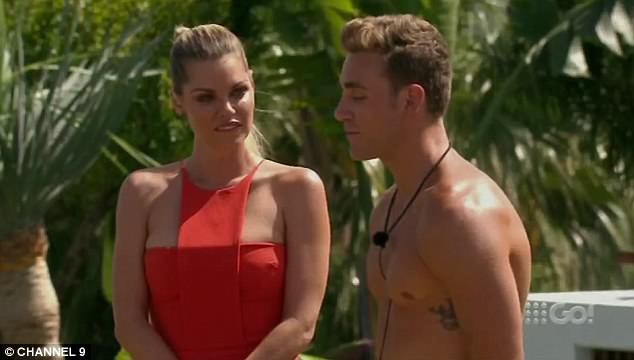 But when host Sophie Monk asked the females to step forward if they were interested in Josh there was no movement.

Trying to smooth over the embarrassing scene, Sophie stated: ‘You are a little bit harsh girls. Why didn’t you step forward?’

One replied that she was into brunettes, while a second star bluntly stated: ‘You are good looking but you are not my type.’ 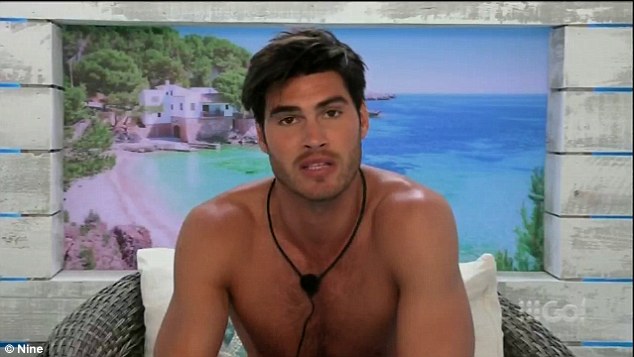 They’re hard to impress! Male model Justin was also rejected by the bikini babes when he was introduced to them a short time later

Josh must have felt relief as he wasn’t the only male star to be turned down by the five fussy females.

Male model Justin was also rejected by the bikini babes when he was introduced to them a short time later.

However, both ended up being paired off – with Josh securing brunette beauty Tayla as his date. 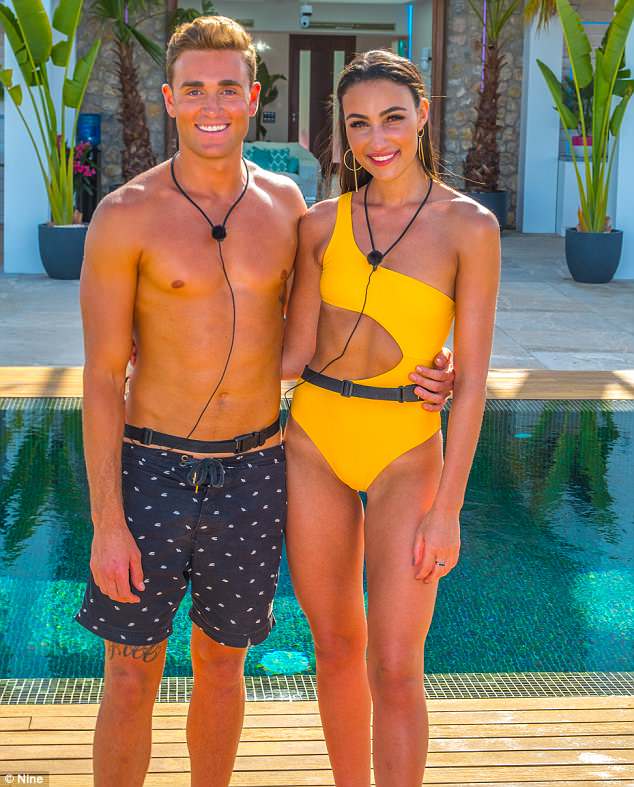