The fishmonger, 23, who finished as runner-up alongside Gemma, 19, on the 2022 series , has previously revealed he had met the former England footballer on FaceTime, but Thursday’s meeting marks their first interaction in person.

Luca – who  has already broken the ice with Gemma’s mother Louise Owen, when she visited the villa in the final week – is said to have jetted to the Owen family’s private villa in the Algarve for the meeting with Gemma.

A source told The Sun: ‘Luca has been nervous about meeting Michael which is, of course, totally natural.

‘He adores Gemma and knows that he has to impress. They flew out from Gatwick this morning to spend time with him and Gemma’s mum at their private villa in Quinta Do Lago.

‘Luca is a nice lad and Gemma has no doubt he will win him over but of course it is nerve wracking.’

MailOnline has contacted representatives for Luca, Gemma and Michael for comment. 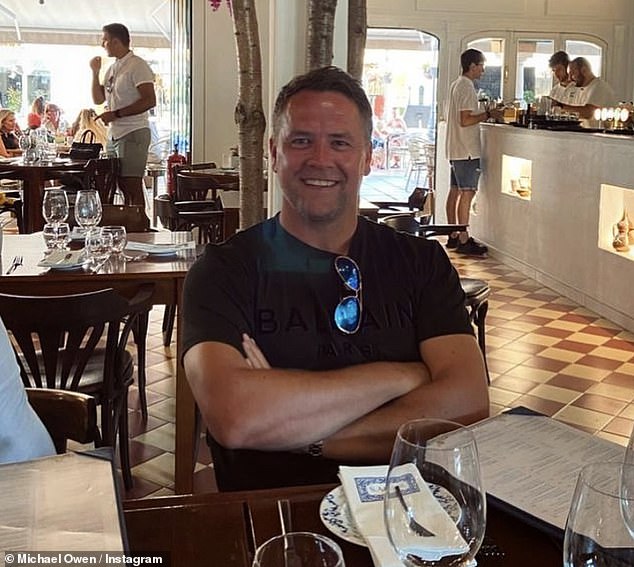 Man to impress: On Tuesday, Michael, 42, jetted off on holiday and shared this happy snap 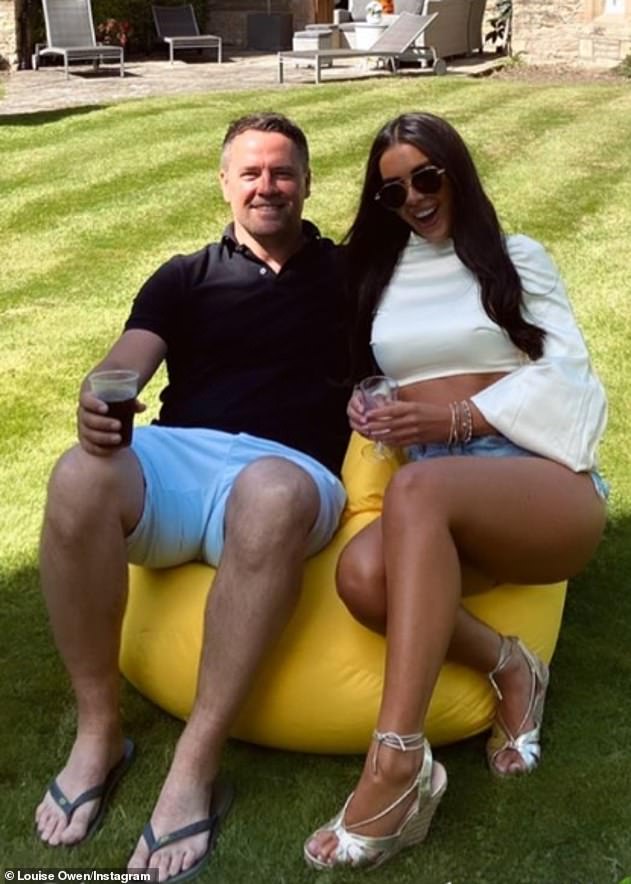 Reunited: While Michael hasn’t met Luca, he did reunite with daughter Gemma over the weekend following her Love Island stint, with a party at their Chester mansion

On Tuesday, Michael jetted off on holiday despite having not yet met Luca, after the pair admitted that they’re still not official.

The famous footballer took to his Instagram where he shared a smiley shot of himself looking happy and tanned, and wrote alongside: ‘A few days of sun.’

While Michael hasn’t met Luca, he did reunite with daughter Gemma over the weekend following her Love Island stint, with a party at their Chester mansion.

On Monday, Gemma and Luca revealed they have still to make their relationship official – despite being coupled up on the show for almost two months.

And since then, the pair have been spending time apart, with the brunette beauty in Manchester for business deals, while the Brighton-based fishmonger has been down south. 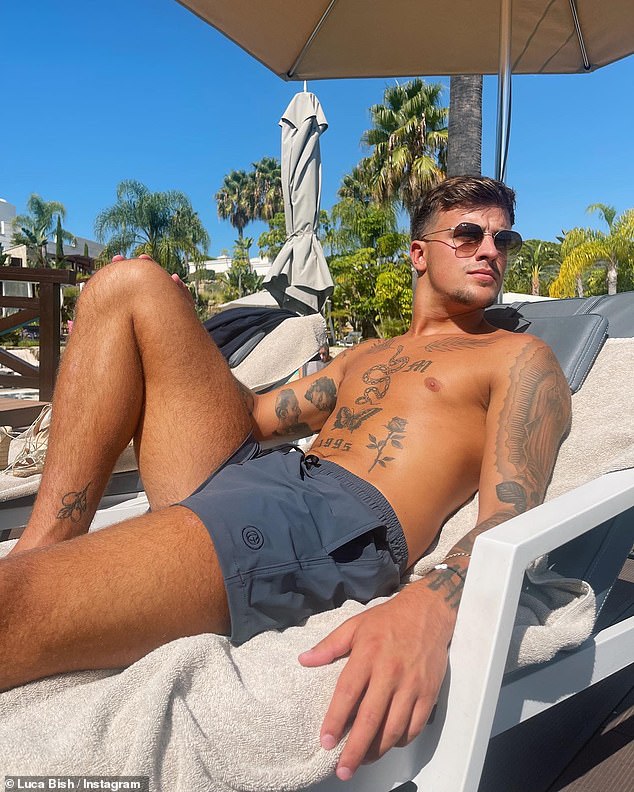 Model behaviour: Luca proved to be a very supportive partner on Thursday as he modelled Gemma’s swimwear range during the couple’s very first holiday together

An inside source exclusively told MailOnline that Gemma was meeting with PLT CEO Umar Kamani to negotiate up to a £1million deal.

The couple sparked speculation things were tense between them when Gemma’s social media account handlers did not post any reference to Luca after the Love Island final.

Following Gemma and Luca’s second-place finish, Luca’s family were quick to congratulate the couple, posting a snap of them together with a gushing caption.

It read: ‘Thank you SO much from the bottom of our hearts for all of the support you’ve shown this gorgeous couple. So excited to continue watching your journey from the outside. You really did win by finding each other.’

This was in stark contrast to Gemma’s Instagram, which noticeably only posted solo snaps of the brunette beauty in the lead-up and following the final, with beau Luca noticeably absent.

Sharing a solo snap of Gemma clad in a nude ruched gown, her loved ones penned the caption: ‘Words can’t describe how proud we all are of Gemma.’

‘She has shown the nation how mature, honest and classy she truly is. From the bottom of our hearts thank you for all the love and support…Gemma is going to be SO overwhelmed.

‘We are passing this back to Gemma now… We have loved running her account and being part of her @loveisland journey. We can’t wait for what the future holds.’

Eagle-eyed fans at home were quick to notice this, and took to Twitter to suggest that Gemma’s family were not overly fond of Luca and that they were doing ‘damage control’ to protect Gemma’s brand.

It comes as the couple missed Tasha’s birthday bash, with Andrew Le Page, Indiyah Polack, Dami Hope, Adam Collard and Paige Thorne all joining the dancer to ring in her 24th year at London’s Mnky Hse.

Also missing were winners Ekin-Su Cülcüloğlu and Davide Sanclimenti, who were seemingly up in Manchester, where he lives. 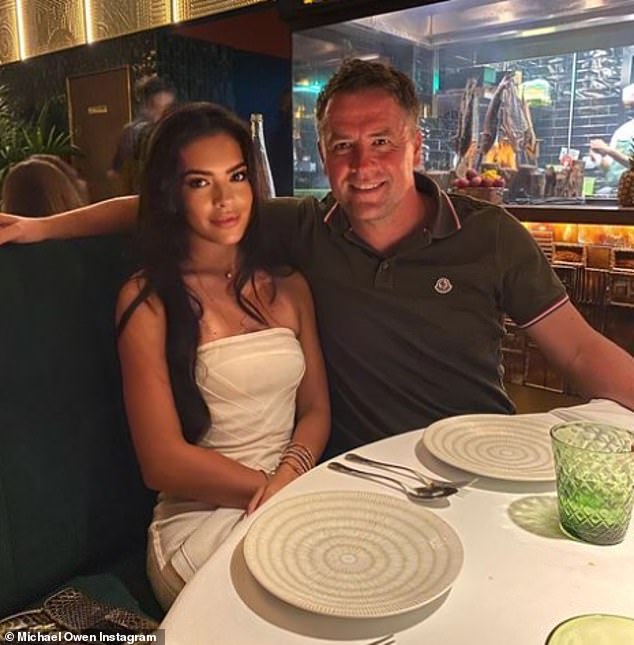 Dad and daughter: Michael has spoken of his pride at Gemma’s stint on reality TV