After 68 years of marriage, and eight years caring for his dementia-suffering wife, Carl Gacono is as besotted as ever.

The 88-year-old retired insurance salesman, adamant to keep 86-year-old Mary Jane from a nursing home facility, has insisted on providing her care.

But his children had no idea how intensely detailed his assistance was, with a step-by-step morning routine that includes arranging her jewelry and picking her undergarments.

Their daughter Becky, 55, learned of the specific ritual six weeks ago when she stopped by their home in Annville, Pennsylvania, one morning to step in so that Carl could go to a routine doctor’s appointment.

Speaking with Daily Mail Online, she explains her father’s adorable schedule, and his incredible love for her mother after six decades together and six children. 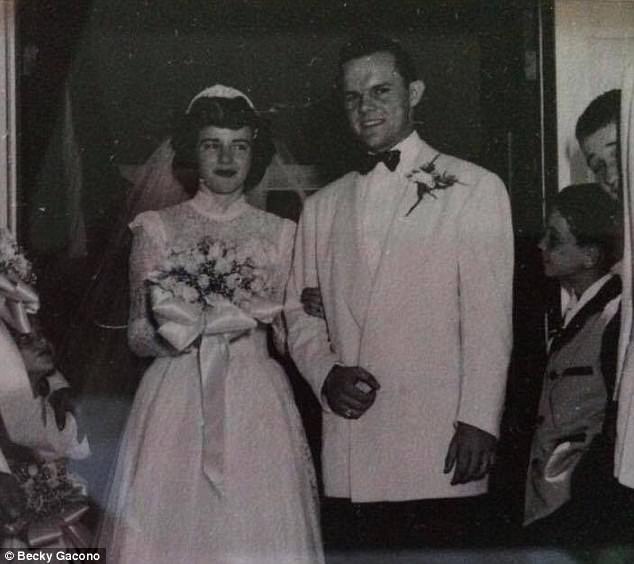 ‘We knew he had a routine,’ Becky said. ‘We assumed he was doing everything but everything down to the detail was what was amazing to me. It made me love him more if that was possible.’

When Becky arrived to her parents’ house at 7.45am, she said her mother Mary Jane was in the shower and her father, who was getting ready for his doctor’s appointment, had already cleaned her glasses and had them waiting for her by the bathroom sink, next to the jewelry she wears every day.

‘He reminds me to put her jewelry on after she’s dressed, explaining which one clips and which one fits over her head,’ Becky wrote in Love What Matters.

She said Carl told her ‘Don’t forget the bracelet with the heart goes on the left with her watch. The other two bracelets go on the right.’

Becky said the next part of his ritual was choosing Mary Jane’s outfit.

On that day, Carl picked out a turtleneck and a red decorative sweater for Mary Jane to wear along with a pair of pants. On the floor next to her outfit were her shoes with a part of Mickey Mouse socks folded on top of them.

‘Her under garments are neatly laid across the back of her waiting wheelchair. He explains each undergarment,’ Becky wrote.

Once Mary Jane is dressed, Carl gets her breakfast and then hangs out with her the rest of the day. 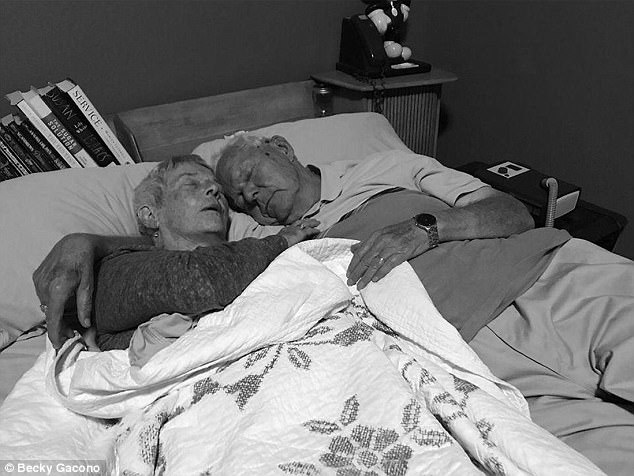 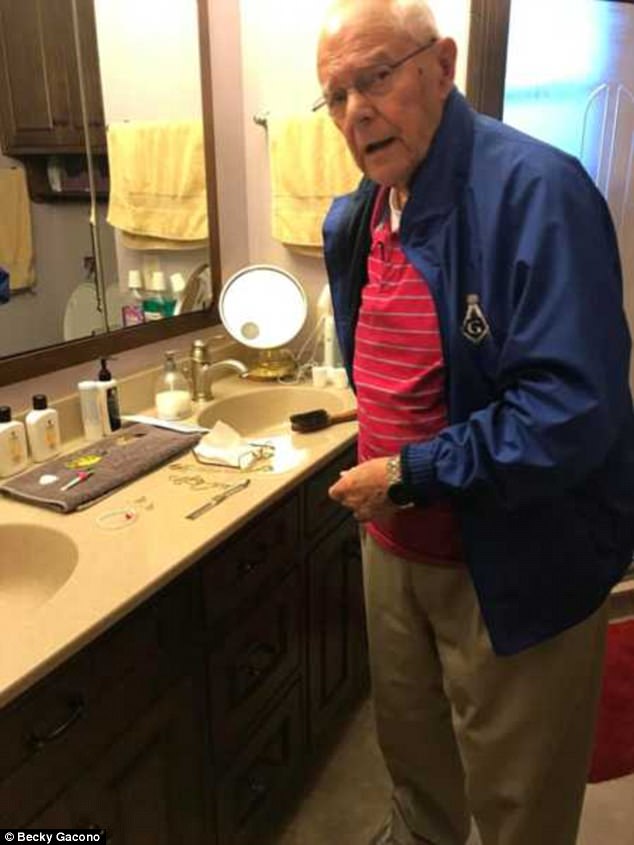 Becky said her parents, who met at high school in New Jersey and have 14 grandchildren and six great grandchildren, always had a deep respect for each other.

Throughout their marriage Mary Jane has always been supportive of Carl, and now he feels like it’s his turn to take care of her.

Although they have caregivers five days a week, who are there during the afternoon until she goes to bed, Carl has made it his mission to help Mary Jane cope with her dementia by laying out a routine that she’s used to.

‘Things that are different tend to rattle her,’ Becky said. ‘She’s more confused when things are not the norm.’

However, Becky said this is taking a toll on Carl, who’s ‘amazingly healthy,’ but exhausted.

She said her father doesn’t get enough sleep due to Mary Jane waking up at different hours of the night.

‘He wants her there with him, so he doesn’t mind,’ Becky said, explaining that her father doesn’t want Mary Jane to end up in a home. ‘He never complains which is amazing to me because I would be telling everyone how tired I am.’

Becky said that caring for Mary Jane, who was a realtor before she retired, is something her father wants to do.

But as her symptoms get worse – ‘she’s becoming more forgetful about basic things like brushing her teeth… brushing her hair’ –  Becky and her siblings plan on hiring a morning caregiver to help ‘relieve Carl of the physical part of getting here ready in the morning.’

Becky, who has created a Facebook page to write about her experience dealing with Mary Jane’s dementia, said she’s touched by her father’s routine and that the love he has for Mary Jane is palpable and inspiring.