Growing stress and weakening levels of control mean low-paid workers no longer enjoy the greater levels of job satisfaction over high earners they did 30 years ago, a new report has claimed.

The Resolution Foundation said that 57 per cent of the bottom quarter of salary earners felt either ‘mostly’ or ‘completely’ content with their jobs in 2018-19 compared to more than 70 per cent in the early 1990s.

This is despite the introduction of the National Minimum Wage significantly boosting workers’ pay and higher wage earners being substantially more likely to report their work being stressful.

Hard times: The study found that since the late 1980s, more employees have reported their jobs to be permanently or often stressful

Top earners have seen their job satisfaction rates remain broadly stable over the last three decades, though the global financial crisis impacted overall job quality before rebounding modestly to 56 per cent from 2017 to 2019.

The study found that since the late 1980s, more employees have reported their jobs to be permanently or often stressful, with the largest increase among skilled manual workers, and more have said they felt ‘used up’ at the end of the day.

There have also been major rises across all socioeconomic groups in those saying they are working very hard, under tension and at speed.

However, there has been significant growth among those saying their job is interesting, helpful to others, contains prospects for advancement, and is useful to society.

‘Our findings demonstrate, then, that job quality has not deteriorated wholesale over the past 30 years: the majority of employees remain satisfied with their job and have greater affinity with their employers than in the past,’ the report stated.

‘Beneath the headline figures, however, and across a range of indicators, the subjective experience of work for low earners has deteriorated at a faster rate than for those who earn more.’ 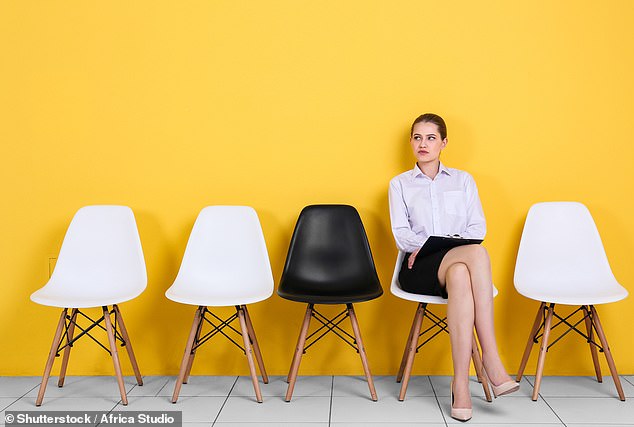 Problems: ‘Across a range of indicators, the subjective experience of work for low earners has deteriorated at a faster rate than for those who earn more,’ the report stated

It further noted that poorly paid workers had seen the biggest proportional drop in those feeling they have a say in their profession. Hospitality and retail workers have are among those which have seen a particularly large decline.

This has come as trade union membership has plummeted since the 1980s, though the Resolution Foundation states that the link between the two is not firmly correlated.

The report, titled Work Experiences, forms the first part of the think tank’s Economy 2030 Inquiry, a three-year-long project aimed at examining what has driven changes in the economy in recent decades.

Changes include an increase in female, graduate and migrant workers, a decline of manufacturing, and overhaul of HR and management practices, said the organisation. 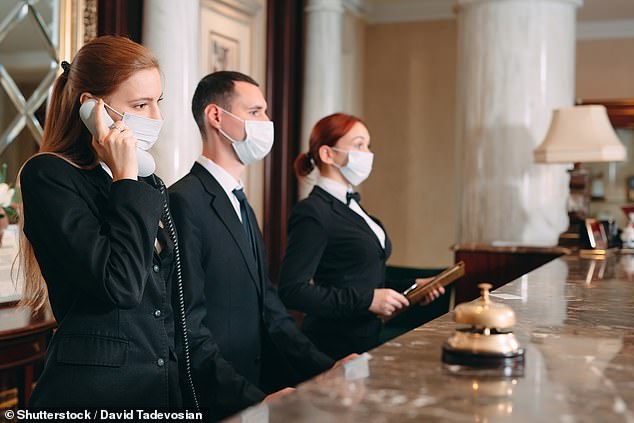 Little voice: Hospitality and retail workers have are among those which have seen a particularly large decline in those feeling they have a say in their profession

Resolution Foundation researcher Krishan Shah said: ‘The world of work has changed completely over the past 30 years, from the decline of manufacturing to the growing use of computers, as well as new HR and management practices.

‘While some commentators have described this as the rise of so-called ‘bullshit jobs’, in fact, workers appear to have a greater sense of pride and purpose in the jobs they do today.

‘However, work has also become more intense and stressful in recent decades, particularly for Britain’s low earners. This has had a ‘levelling down’ effect across Britain’s workplaces, with low earners losing the ‘job satisfaction premium’ they once enjoyed over higher-paid staff.

‘As Britain edges towards a post-pandemic economy, we need to focus more on these wider measures of job satisfaction if we’re to boost workers’ wellbeing, as well as their pay. Low earners, in particular, need to have a greater say over the work they do.’

The think tank also warned today that about 40 per cent of households on Universal Credit will face a 13 per cent rise in energy bills just as their income is cut by £20 per week from early next month.

From the start of October, the energy price cap will rise by £139 a year for gas and electricity customers, but pre-payment meter consumers will see a £153 increase.