‘It’s a pity he wasn’t there at the start’: Lucas Torreira’s agent hints Arsenal star could have joined Napoli if Carlo Ancelotti signed sooner for the club

Lucas Torreira’s agent has admitted that Napoli’s summer unrest led to them missing out on signing the Arsenal midfielder.

The Gunners won the race to sign the Uruguay international during the transfer window, spending £25million to land him from Sampdoria.

But according to Torreira’s agent, his destination could have been much different had Napoli been quicker to tie down Carlo Ancelotti as their manager over the summer following the departure of Maurizio Sarri.

Arsenal signed Lucas Torreira from Sampdoria in the summer for £25million

‘It’s a pity, I’m sorry Ancelotti wasn’t there at the start of the negotiation,’ Pablo Bentancur said.

‘He’d have been a great help for Torreira, he has tremendous international experience.

‘But then Lucas called me and he confirmed to me that negotiations with Arsenal were too advanced for any second thoughts. 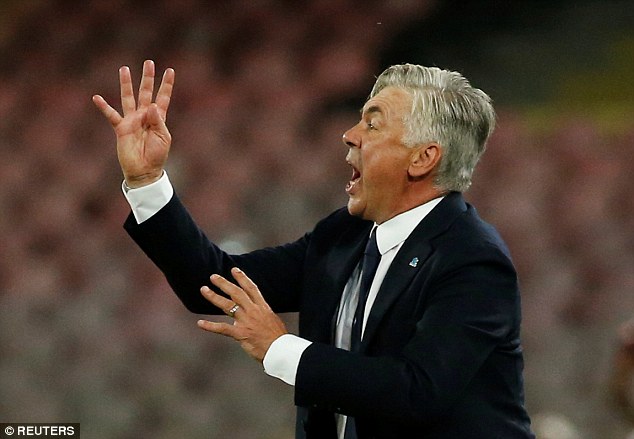 ‘If Arsenal had collapsed then Napoli would have been perfect. He’s adapting well to the Premier League, he’s settling well and he’s happy.’

Torreira has yet to make his Premier League debut for the Gunners as manager Unai Emery eases him into the first team set-up.

However, he has featured in all three of Arsenal’s Premier League games this term, playing 99 minutes in total.

Torreira was also a star at this summer’s World Cup where he helped Uruguay reach the quarter-finals. 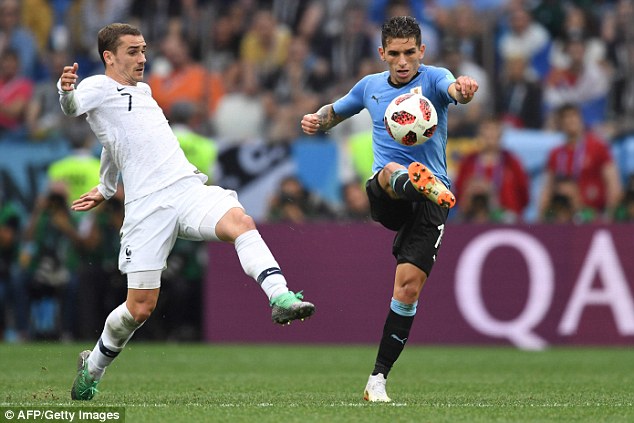