Lucia Evans, 36, speaks out about the difficult decision to press charges against Harvey Weinstein

Lucia Evans, 36, announced that she is pressing charges against Harvey Weinstein in an interview on Thursday

Lucia Evans has confirmed that she is pressing charges against Harvey Weinstein, who officials say will turn himself in to authorities on Friday.

The disgraced movie mogul is expected to be charged with rape and criminal sex acts stemming from incidents with two separate women, one of them believed to be Evans.

The 36-year-old former actress said she had struggled with the decision to make a formal complaint against the disgraced movie mogul in an interview published by The New Yorker on Thursday evening.

‘At a certain point, you have to think about the greater good of humanity, of womankind,’ she told Ronan Farrow.

Evans was one of the first women to speak out about Weinstein’s alleged abuses last fall.

She claims that the 66-year-old had forced her to perform oral sex on him in 2004.

Early Friday morning the New York Post reported that Weinstein would face a criminal sex act charge in connection with Evans’ allegations, as well as charges of both first-degree rape and third-degree rape with the other unidentified woman. 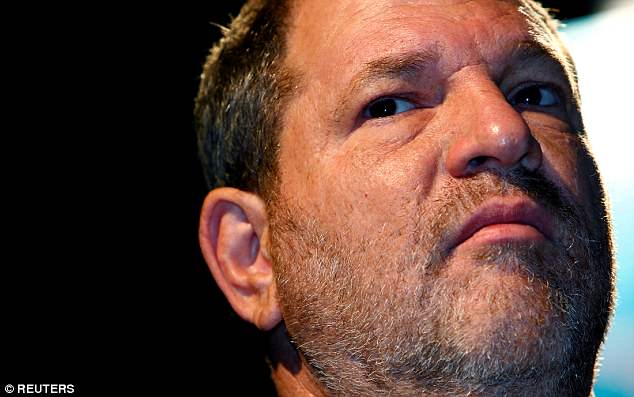 Evans was one of the first women to accuse Weinstein of sexual misconduct last fall, claiming that the 66-year-old had forced her to perform oral sex on him in 2004

Evans said Thursday that she felt proud initially after filing the complaint, but then fear set in and she realized it ‘could be a long and bruising process.’

She had first detailed the alleged sexual assault in an interview with The New Yorker last October.

The aspiring actress was about to begin her senior year at Middlebury when she met Weinstein at a club in 2004.

Weinstein soon invited her to come in and read for a female casting director at his Miramax office in NYC.

When Evans arrived she was taken to meet him in a small room littered with empty takeout boxes and exercise equipment.

The two spoke for a bit and then, according to Evans, Weinstein pulled out his penis and forced her to perform oral sex on him inside the office.

‘I tried to get away, but maybe I didn’t try hard enough. I didn’t want to kick him or fight him.’

Weinstein was ultimately able to overtake Evans and she helplessly gave in to his demands.

‘I just sort of gave up. That’s the most horrible part of it, and that’s why he’s been able to do this for so long to so many women: people give up, and then they feel like it’s their fault,’ Evans said.

After the incident Evans says Weinstein acted as if nothing had happened, and began calling her at night asking to meet up – but she repeatedly turned him down.

Nearly 15 years later Evans says she still has nightmares about the meeting.

‘I had an eating problem for years. I was disgusted with myself. It’s funny, all these unrelated things I did to hurt myself because of this one thing,’ said Evans.

‘I ruined several really good relationships because of this. My schoolwork definitely suffered, and my roommates told me to go to a therapist because they thought I was going to kill myself.’

A grand jury has been hearing evidence against the former Hollywood kingmaker for several weeks, but charges have not yet been filed.

The 66-year-old has been accused of decades of sexual harassment, assault and rape by more than 100 women, but has denied all allegations.

When the news broke that Weinstein would finally be facing criminal charges, many of his accusers including Rose McGowan and Asia Argento shared their relief and gratification on social media.