In a competition so dominated and weighted in favour of the elite, it has become a little difficult to identify underdogs in the Champions League.

It is 14 years since a team outside of the grandees of European football won the trophy, when Jose Mourinho’s Porto did so in 2004. Since then the cup with the big ears hasn’t strayed outside the four major leagues always being won by traditional heavyweights of the game, other than Chelsea in 2012, a club funded by Russian billionaire.

In recent years the most impressive team doing things well on a relatively small budget (relative to Barcelona, Real Madrid or Manchester United) was Monaco, a club which nestles in tax haven and is funded by another Russian billionaire who was arrested last month and has been charged with corruption. Atletico Madrid have done extraordinarily well but are the third biggest team in Spain with a wage bill to match Paris Saint Germain.

Comparatively, Borussia Dortmund will have to make do as the Champions League underdog 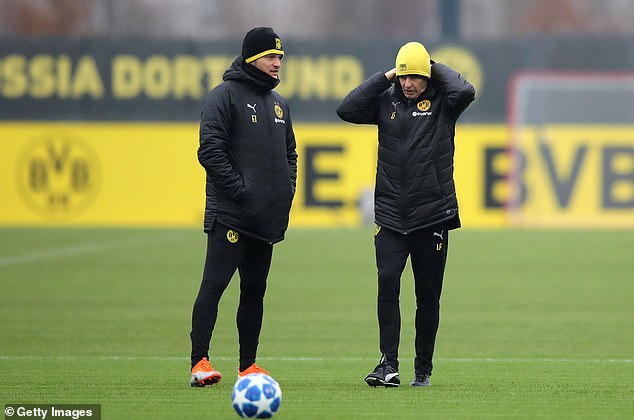 You could make an argument that Ajax’s progression through to the knock out stages last night as the biggest achievement of the opening stages. It’s the first time they have managed that since 2003 and in Matthijs de Ligt and Frenkie de Jong (wonderfully named after Frankie Goes to Hollywood, according to Simon Kuper) have the most-coveted young players in Europe in a way Monaco did in their run to the 2017 semi-final, propelled as it was by Kylian Mbappe, Benjamin Mendy, Bernardo Silva and Thomas Lemar.

There are echoes here of a recent past which already seems like ancient history, the time when Ajax could dominate the tournament in the 1970s or win it 1995. Lyon also look impressive this year and Porto, the original outsiders, are pretty much the model of how to run a leading club from a medium-sized European league: they have reached the knock-out stages more times than Manchester United have in the last five years.

But for a team that might go deep into the tournament and upset some of the giants of the game, Borussia Dortmund will have to make do as the tournament underdog.

Yes, they are the second biggest team in the continent’s economically most powerful nation and a team with a proud Champions League history having won it in 1997 and reached the final in 2013. 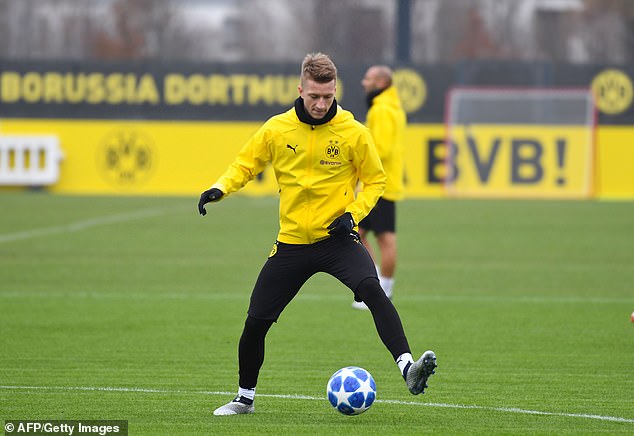 Favre has energised Marco Reus, who looks to have rediscovered some of his old fervour

Still, they come in 16th in the league table of football club’s salaries, according to the highly-respected Global Salary Survey of wages, so if they get past the last 16 they will be punching well above their weight. They sit just below Everton (15th) and just above West Ham (17th) in that league, which might be food for thought for those two clubs. (Roma, last year’s semi-finalists, at 19th on the list, and Napoli, under Champions League specialist Carlo Ancelotti, at 20th, also merit a mention as teams that can threaten the giants).

Premier League clubs can legitimately argue that you can’t simply compare like-for-like with wage bills. Outside investment in the Premier League has created an artificially competitive environment that doesn’t exist in Germany or France. Everton in the Bundesliga would probably have a shot at going for fourth and qualification for the Champions League. As such they would be able to attract better players.

Nevertheless it would have been intriguing had Everton followed up their interest in Lucien Favre back in 2016, when their dithering meant he joined Nice instead. 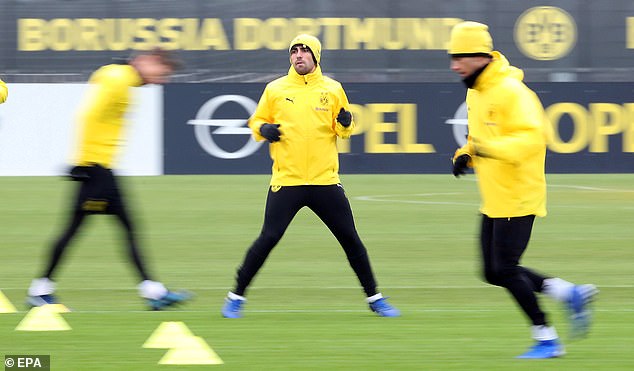 He is the Swiss coach behind the current Dortmund renaissance. Maybe they fretted that hiring a man who had resigned from Borussia Monchengladbach a few months previously after losing the opening five games of the season would appear a touch desperate.

That though simply appears to have been one of those outliers in form which affects even the best managers (Jose Mourinho at present, Jupp Heynckes and Louis van Gaal at frequent points in their careers). He re-discovered his mojo at Nice (and re-discovered Mario Balotelli’s as well in the process), taking them into the Champions League, something he had also done at Hertha Berlin and twice at Monchengladbach, a club he had initially saved from seemingly-certain relegation when he joined them in February 2011.

Favre at 61 is no bright young thing but he has created the biggest buzz in Dortmund since Jurgen Klopp departed. Dortmund are undefeated in the Bundesliga after twelve games, a new club record, and top, nine points clear of Bayern in fifth. 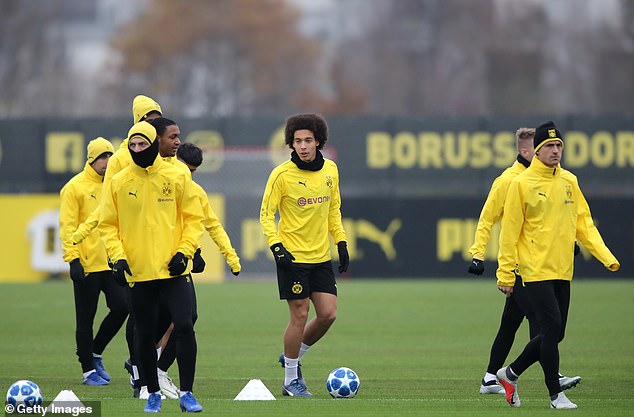 If inevitably domestic coverage focuses on Jadon Sancho (his rise is the reason why Dortmund can consider Chelsea’s bids for American star Christian Pulisic), there is a clearly more to their success than the Englishman abroad.

Paco Alcaer, the on-loan striker from Barcelona, broke the 54 year-old record of Gert Dorfel at the weekend for the most amount of goals scored (nine) in the least amount of minutes (237) in the Bundesliga. Eight of his nine goals have come after coming off the bench. Mario Gotze, scorer of the winning goal in the 2014 World Cup final is often preferred but thus far nowhere near as effective.

Dortmund are also the kings of the comeback, their second half performances almost always superior, as they were against Bayern where they went from 1-0 at half time, 2-1 down on 52 minutes, to win 3-2. 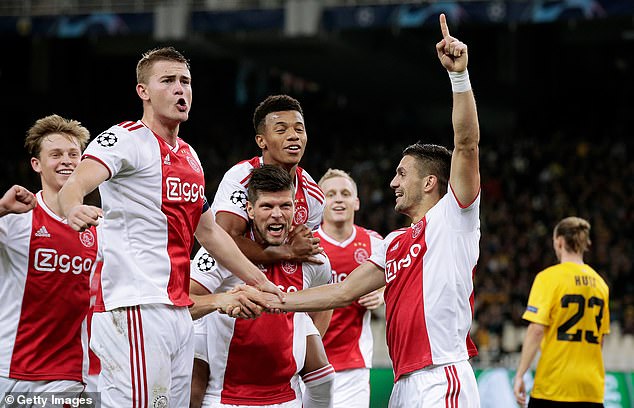 Other than Dortmund, Ajax have reached the knockouts for the first time since 2005

Other than Alcacer, the revelation has been the re-emergence of Marco Reus. There is a connection: Reus worked with Favre as a teenager at Monchengladbach and he has always described Favre as one of the great coaches.

The Swiss seems have energised Reus; in 55 starts under Favre (with Monchengladbach and Dortmund) Reus has assisted or scored 52 goals. He seemed to be on the verge of being one of the greats of world football in 2014. Yet a knee ligament injury in a World Cup warm-up game robbed him of the chance of a starring role in the Germany team that went on to win the World Cup.

Who knows what kind of psychological demons that left? But Reus is now the driving force of the team with Axel Witsel anchoring midfield, something of an anomaly for Dortmund, in that they signed him from Chinese club Tianjin Quanjian at the age of 29, which is outside the parameters of their usual recruitment strategy. Apart from Gotze and Reus, only the veteran Polish right back, Lukasz Piszczek, remains from the Klopp era. 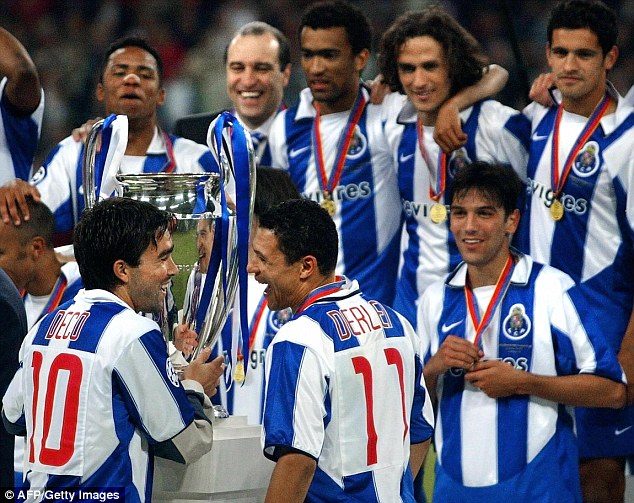 Favre teams favour possession (55 per cent thus far this season) but not to the point of Pep Guardiola’s obsession. In fact, like Klopp, he has a good record against Guardiola, securing a famous 3-1 win with Monchengladbach in 2015 and drawing 0-0 at home. The same kind of attacking, front-foot football characterises his teams, though he is happy to counter attack when necessary and inevitably does so more when with smaller teams.

No-one can currently match Klopp for charisma in the European management game, so Favre would be foolish even to try, but he may yet match some of Klopp’s achievements at the Westfalenstadion.

Much will depend on whether momentum can be maintained after the long winter break in the Bundesliga, but it might not be quite Ajax ’95 or Porto 2004. But it would be a welcome if someone could even temporarily topple the behemoths of the game.