A lucky Australian shopper has scored $255 worth of meat for $27 at a Coles in Brisbane, Queensland.

The smart saver bagged 14 different meat products, plus three cheese wedges for the low price and said she visited the store in the early evening when a staff member heading to markdown meats beckoned for her to follow.

The shopper was delighted with her savings, and shared her impressive haul on the Facebook group Markdown Addicts Australia. 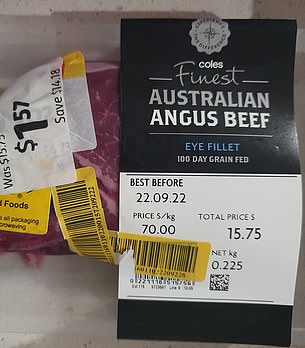 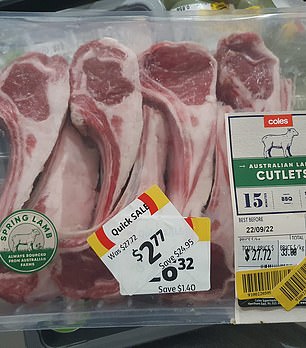 The thrifty spender said that this is the ‘first time’ she has gotten a discount this good.

If you buy raw chicken meat in bulk, it’s likely that you will need to freeze some of it for use later.

Each time you freeze and thaw chicken meat it loses moisture which can affect eating quality, but it is safe to do so, if you follow these tips.

Throw out meat that has been thawing for more than a day.

How long can you keep chicken frozen before use?

Check the instructions on the door or lid of your freezer for how long poultry, meat etc will last.

From a safety point of view you can store frozen meats for years; however with time there will be a loss in nutrient value and quality. 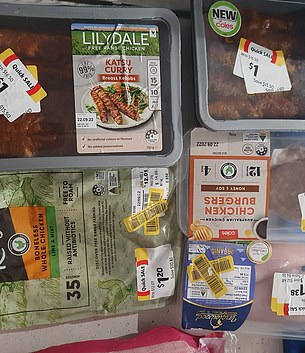 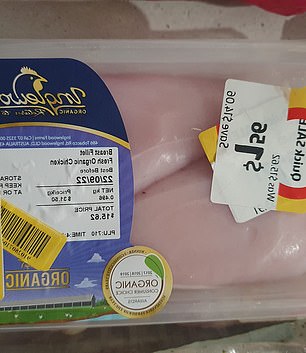 The shopper was the envy of fellow savers in the Facebook group.

One user commented: ‘I’m always jealous looking at other peoples discounts’, however she added ‘lucky you, that’s an amazing haul.’

She explained that she never bags such low discounts on meat, with a recent boneless leg roast still costing $12.43.

A helpful user advised that she may not be getting good savings because its not the day of expiry. 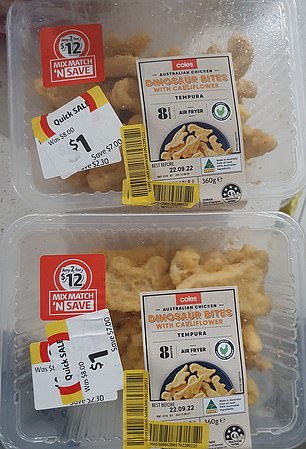 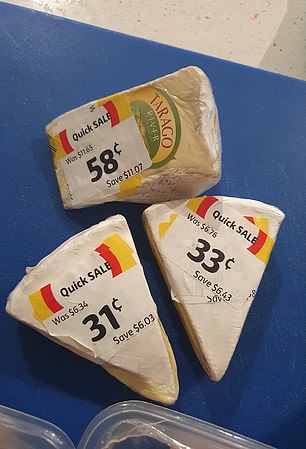 Why you shouldn’t wash raw chicken

Chicken: it’s super tasty and a great source of protein. But it can also play host to nasty bacteria, and all food handlers must be careful preparing it.

For starters, don’t wash raw chicken. The bacteria on its surface can spread in tiny droplets that splash around your kitchen – contaminating surfaces, equipment and other food.

Also, when you’re preparing raw chicken remember to wash your hands before and after handling, and use separate chopping boards and utensils to avoid bacteria spreading to ready-to-eat food.

Playing it safe with food only takes a few seconds.

It’s always worth it.

‘You only get the good discounts on the day of expiry’.

She also suggested asking the staff to mark the product down further in the evening before the shop closes.

Previously a thrifty mum shared how she managed to score almost $60 worth of groceries for less than $5 – and how she nabbed a free roast chicken from Coles.

The Adelaide shopper spent just $4.81 on marked down pasta sauce, chocolate milk, pastries, yoghurt and a whole roast chicken that at full price would have otherwise totalled $59.10 when she went into the store at 5:30pm.

She was given a complimentary chicken thanks to Coles’ policy that awards customers a voucher for a free chook to redeem on their next shop if there are none left. 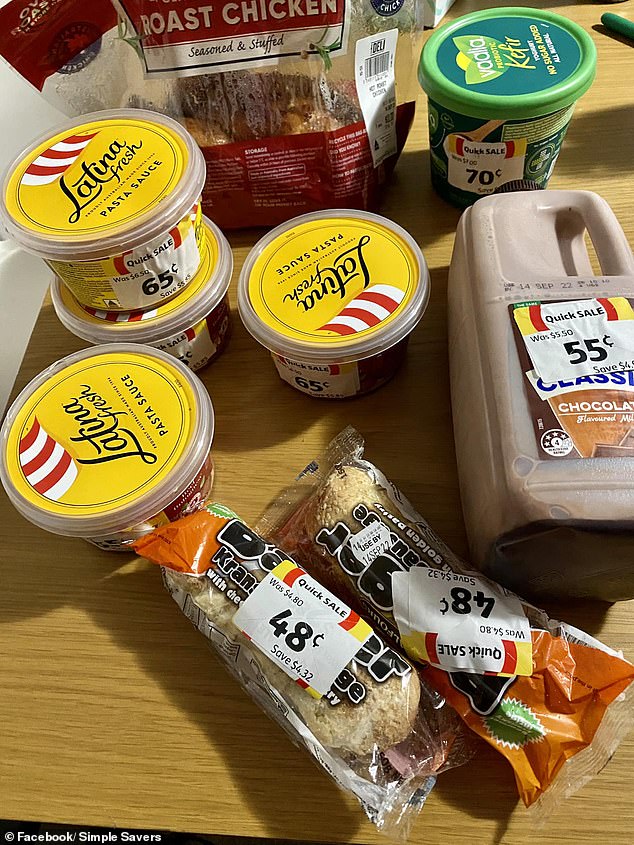 A money-saving mum, from Adelaide, has shared how she scored $59.10 worth of groceries for just $4.81 and a free roast chicken from her local Coles

Posting to the Facebook group, Simple Savers, the bargain hunter went into the store to pick up her free chicken and found some ‘way bigger markdowns’ that she had seen at her local store before.

The woman found a range of items for 90 per cent off including four tubs of Latina Fresh pasta sauce for just 64 cents, two pastry-covered cheese sausages for 48 cents each, a litre of chocolate milk for 55 cents and yoghurt for 70 cents.

She said the buys aren’t usually items that fit into her grocery budget and she bought the ready-made chicken with a voucher.

Some Coles stores offers shoppers a coupon valid for seven days for a complimentary chicken if they are out of stock within certain hours determined by each store’s managers. 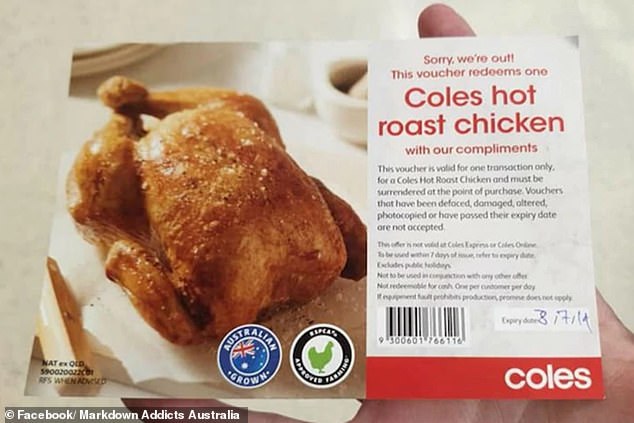 The money-saver’s post received lots of attention from fellow group members who were impressed with the budget food haul.

‘I get so envious when I see people’s bargains! Is there a particular day or time that people find are best for markdowns?’ one woman asked.

‘I don’t normally shop at night. This was 5:30pm. Specials change tomorrow. Maybe that’s why? These are best before tomorrow not today,’ the savvy shopper responded.

Others were thankful for the tip about the complimentary chicken coupons to which she replied she rarely buys them but got lucky one shop.

‘The irony is I buy a cooked chicken maybe once a year. I just happened to be standing by the warmer when a lady grabbed last one and she caught my attention with a gorgeous shirt,’ the mum said.

‘Then I saw the sign. So I asked. And got two vouchers by accident.’