Lucy Hale showed off her long, toned legs after her workout on Thursday, September 30.

The actress, 32, wore tight black athletic shorts that barely reached the middle of her thigh as well as a baggy purple sweater.

She had round sunglasses on and a face mask that she’d pulled down off of her nose and mouth and left wrapped around her neck.

Working up a sweat: Lucy Hale showed off her long, toned legs after her workout on Thursday, September 30

She finished off her ensemble with white Nike sneakers that had just a hint of purple and yellow on them.

The Truth or Dare actress isn’t dating anyone currently though it’s unlikely she’ll stay single for long given how much she is working out. 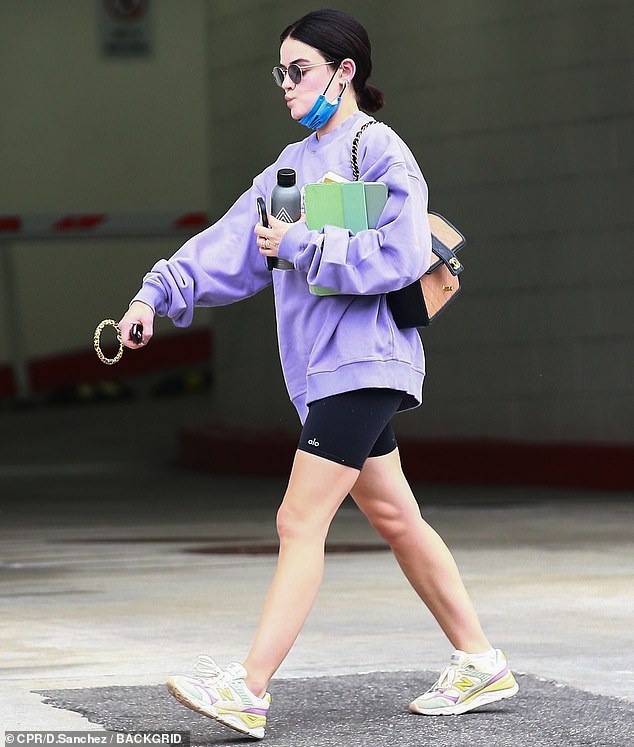 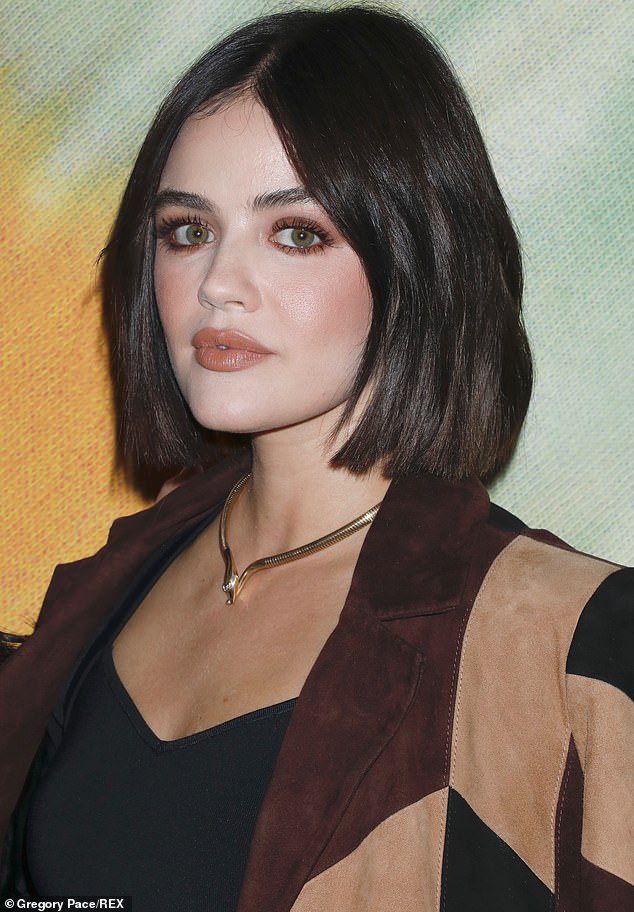 Nothing too serious: The relationship with Ulrich fizzled out after only a few months; pictured September 10

Hale began a relationship with Riverdale actor Skeet Ulrich in February, but the two broke things off not long after.

According to E! News sources the relationship wasn’t too serious.

‘Her and Skeet had a very brief romance and were seeing each other for about a month, but aren’t dating. They are still friendly and in touch, but it’s nothing serious.’

The insider went on to say, ‘They aren’t consistently seeing each other, and Lucy is focusing on herself right now. She’s very much single but thinks Skeet is a great guy.’ 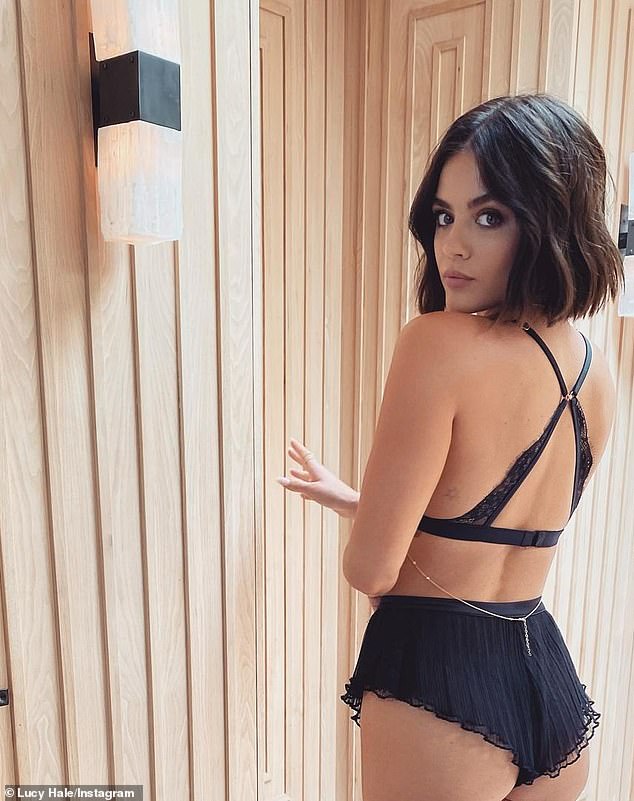 Single and loving it: The Hating Game actress has been single for sometime but doesn’t seem to be in any rush to jump into a relationship; seen on Instagram this week

The star has a number of professional projects on the way as well including Big Gold Brick which has been completed and Borrego which is in post-production.

She is also set to star in The Hating Game, a movie based on the critically-acclaimed novel of the same name.

The story will center around a young woman, played by Hale, as she competes with a male co-worker who she slowly becomes attracted to. 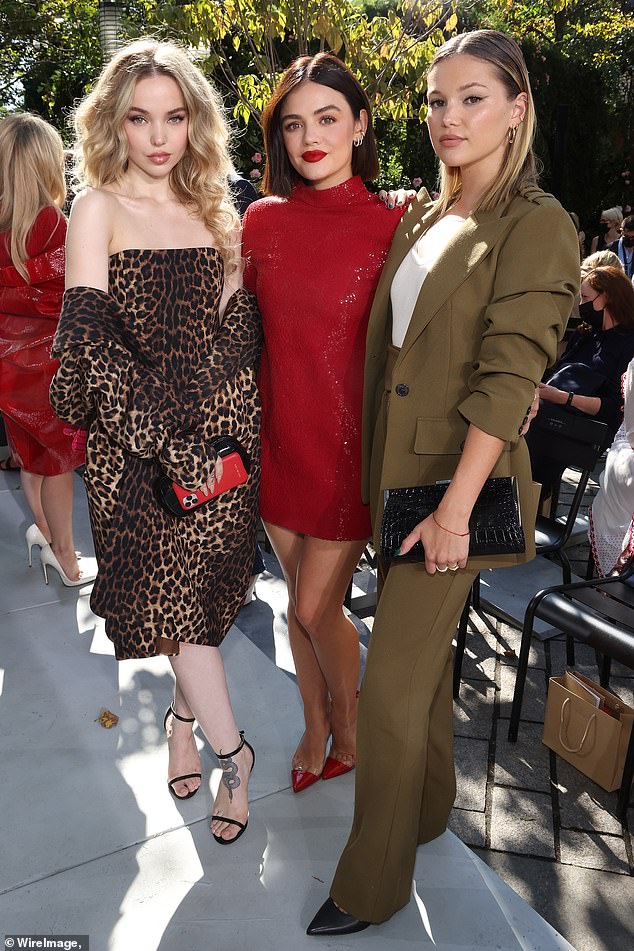 Busy actress: The 32-year-old has a number of movies coming out including The Hating Game, a movie based on the novel of the same name. Seen with Dove Cameron, left, and Olivia Holt, right, at the Michael Kors S/S 2022 fashion show during New York Fashion Week at Tavern on the Green on September 10, 2021 in New York City