Malcolm Turnbull’s wife Lucy has been pictured helping tradesmen shift her husband’s prized possessions out of a van and into their $52million Point Piper mansion.

The move comes exactly one week after Mr Turnbull sensationally stepped down from the top job and was replaced by Scott Morrison who became Australia’s fifth prime minister in five years. 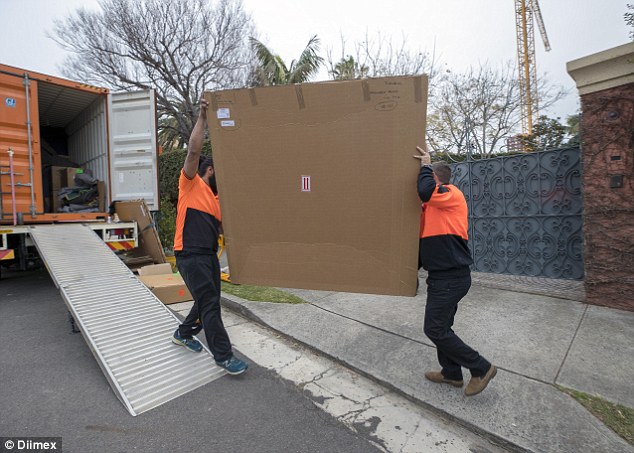 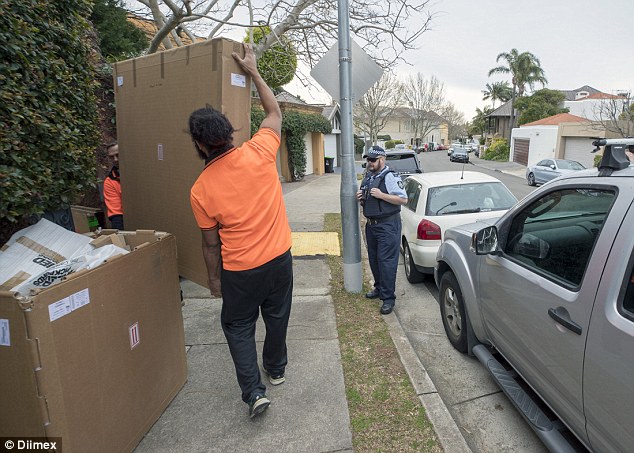 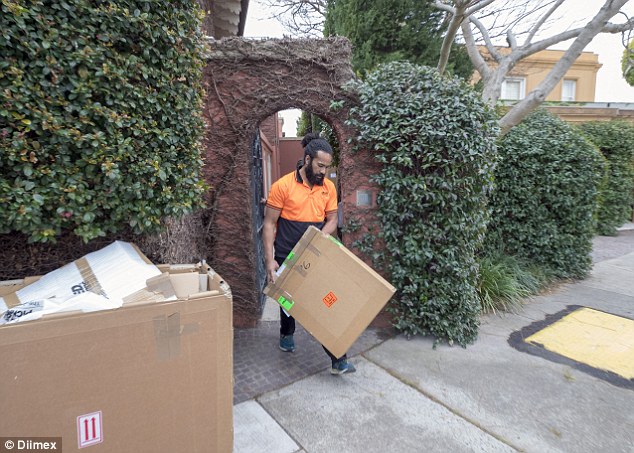 On the day he announced his resignation, Mr Turnbull’s belongings were seen turfed out of Parliament House and into the back of a removal van before being delivered to his door in Sydney’s affluent eastern suburbs.

His wife Lucy was pictured overseeing the chaotic move, speaking with removal workers and police officers who kept watch.

When elected as Australia’s prime minister in 2015, Mr Turnbull opted to stay at his sprawling mansion instead of joining the long line of Australian leaders who called Kirribilli House home.

Unlike prime ministers before him, Mr Turnbull would have had to downsize his residence in order to move to Kirribilli House. 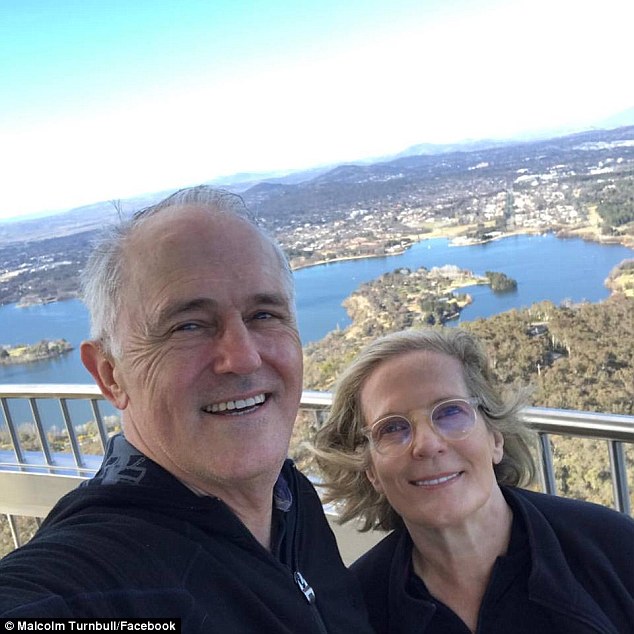 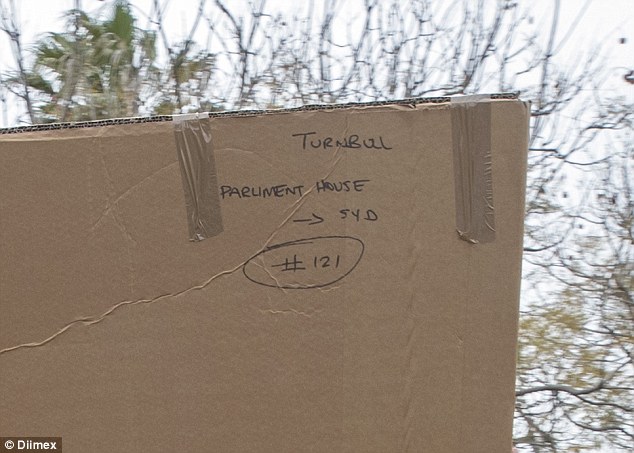 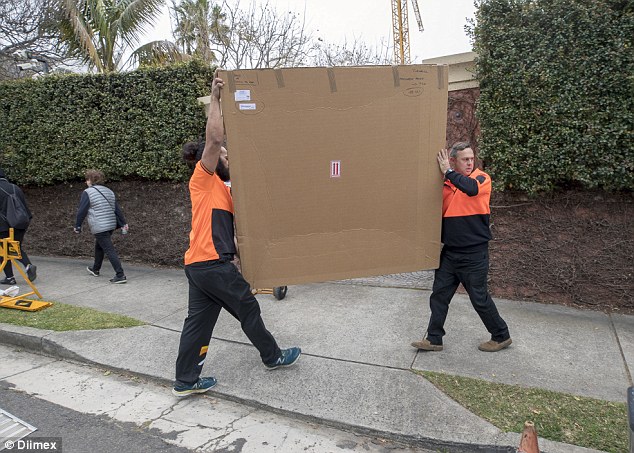 Members of the public seemed unfazed by the sight of the removalists, walking past them on a footpath outside the Point Piper mansion 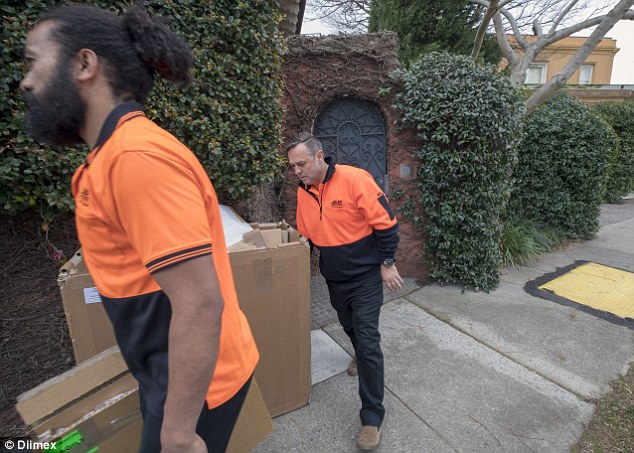 ‘Lucy and I will continue to live in our house in Sydney which is agreeably close to our grandson, but Kirribilli House, as you know, has been used by prime ministers,’ he said at the time.

However the former prime minister will not have much time to devote to his grandchildren as he and Lucy plan to wave goodbye to Australia for an overseas holiday.

Mr Turnbull announced he and Lucy would flee the political madness in favour of a few weeks’ holiday in New York, where the pair own a two-bedroom Manhattan apartment they bought for $4.5 million in 2012. 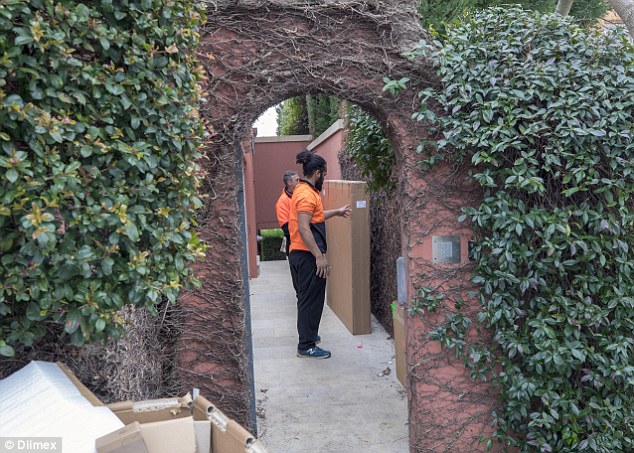 The large boxes containing Mr Turnbull’s prized possessions were then placed inside the property, located in Sydney’s affluent eastern suburbs 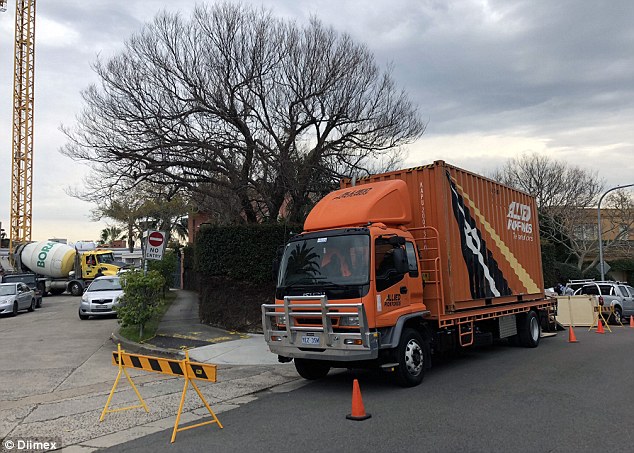 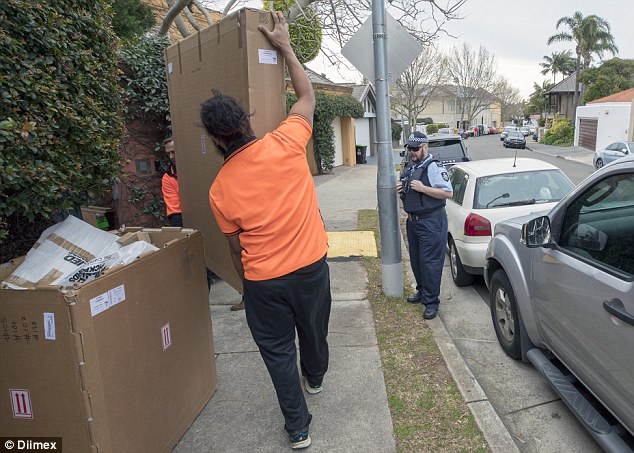 As well as Lucy Turnbull on site to assist with the move, a police officer was also at the mansion to keep watch 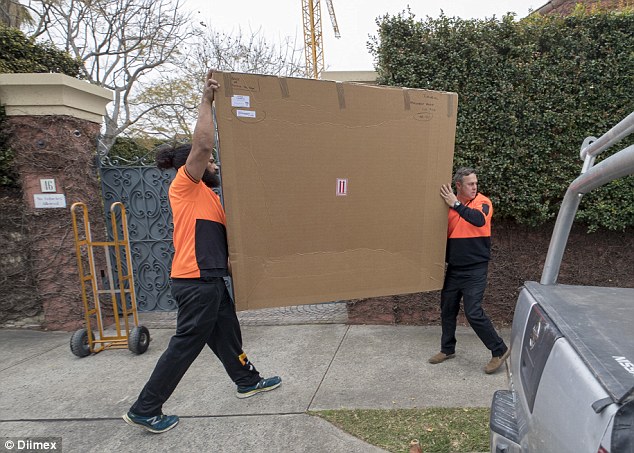 Mr Turnbull’s resignation from federal parliament will spark a by-election in his blue-ribbon seat of Wentworth, which could threaten the government’s one-seat majority.

The Liberal party dropped in the latest poll, in a sign voters could punish the government for knifing Mr Turnbull.

Mr Turnbull will choose the overseas vacation over joining the Liberal’s campaign to retain the seat, although the polls suggest Wentworth could fall to Labor for the first time in history.

The by-election is expected to be held in October.

Christine Forster, the sister of Tony Abbott, the man Mr Turnbull had ousted as prime minister, is in the running for Liberal preselection in Wentworth.

Mr Turnbull, who said it was best former prime ministers do not remain in parliament, had held Wentworth since 2004. 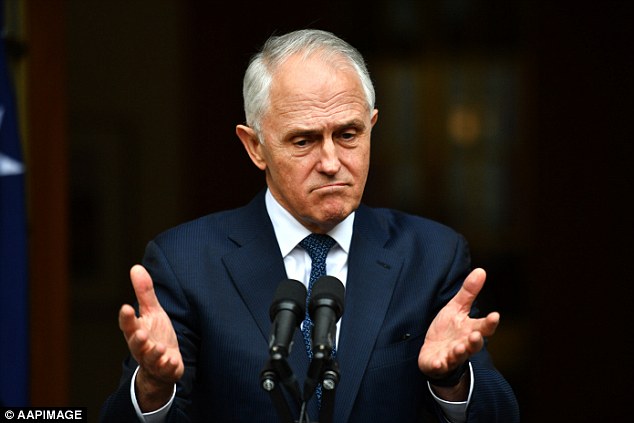