Former SBS soccer commentator Lucy Zelic has ruffled fans’ feathers by revealing that Cristiano Ronaldo’s megabucks contract to play for a Saudi Arabian team has made her ‘sad’.

The former Manchester United star has put pen to paper on a two-year, $310million-a-season deal to play for the Al-Nassr team in the Saudi Pro League in a decision that effectively ends his career in the top level of the sport.

The team announced the 37-year-old’s arrival on social media with the words: ‘The world’s greatest athlete has officially signed for Al-Nassr.’

That news didn’t sit well with Zelic, who tweeted, ‘This just makes me sad for a variety of reasons’ above a link to a story about the Portuguese legend’s new job. 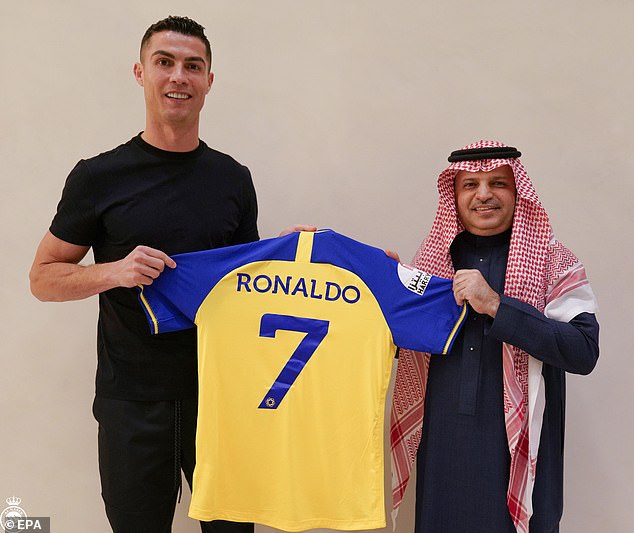 The outspoken soccer expert didn’t elaborate on why Ronaldo’s move had that effect on her, but fans were quick to guess money was at the root of her problems with the switch as they told her they didn’t share her concerns.

‘So nominate all of these justified reasons that you believe mean he can’t make money for his family. I’m not a fan of his, but I can only applaud him for finding a way to get a contract like that at his age,’ wrote one football supporter.

‘Why – it’s bloody amazing for him and his family and reward for all his hard work and amazing performances over the past 20 years!’ added another.

‘Would you be sad if another network offered you 200 Euros (sic) to work there? I’m sure Cr7 doesn’t give a stuff what others think,’ another fan pointed out.

‘Why? He is an all time great who is past his prime and unable to be the main man for a top team, which doesn’t sit well with him. So he’s taken a chance to make an obscene amount of money. Can guarantee you’d accept if they offered the same,’ said another.

Other fans joined Zelic in being critical of Ronaldo’s new deal, asking whether he really needs the money or should have taken a pay cut to keep playing in Europe.

One branded him a ‘mercenary’ and warned the Saudis would use him to ‘sports-wash’ the activities of the regime that runs the country.

Zelic’s tweet didn’t sit well with many fans, who applauded Ronaldo for making the most of his career while he still can 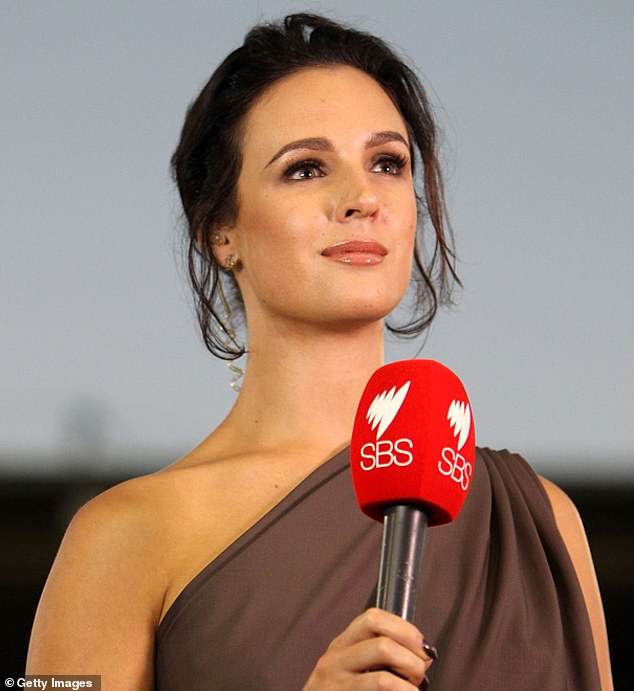 Why? He is an all time great who is past his prime and unable to be the main man for a top team, which doesn’t sit well with him. So he’s taken a chance to make an obscene amount of money. Can guarantee you’d accept if they offered u the same

It is thought Ronaldo had hoped to secure a switch to a Champions League club but was unable to.

It has also been claimed part of his role will require him to be an ambassador for the country in its joint bid with Egypt and Greece to host the 2030 World Cup.

Zelic has spoken out about a range of issues in football recently.

In November she lashed out at the organisers of the Qatar World Cup in November, saying she didn’t want to be a ‘cheerleader’ for the tournament due to the ‘unnecessary tragedy and controversy’ around it due to the deaths of migrant workers in the gulf nation.

Zelic also said Aussie soccer fans only want to hear from ‘rich, ethnic’ former stars of the game as she defended columnist Peter FitzSimons after he lashed out at the Socceroos’ tactics in their Cup-opening loss to France.

She then accused the A-League of selling its soul with its ‘turd’ of a decision to hold the men’s and women’s grand finals in Sydney for the next three years in a $10million deal with the NSW Government.