Barcelona star Lionel Messi and Luis Suarez were pictured enjoying dinner together as the duo continued their holiday in Ibiza with their families.

The Argentine and Uruguayan were spotted on a lavish yacht on Friday with their wives and children having fun on their getaway before they return to Champions League action.

Now Suarez’s wife Sofia Balbi has taken to Instagram to post a couple of photos without the children of her enjoying a meal with her husband, as well as with Messi and his wife Antonela Roccuzzo, and tagged the post with the word ‘memories’. 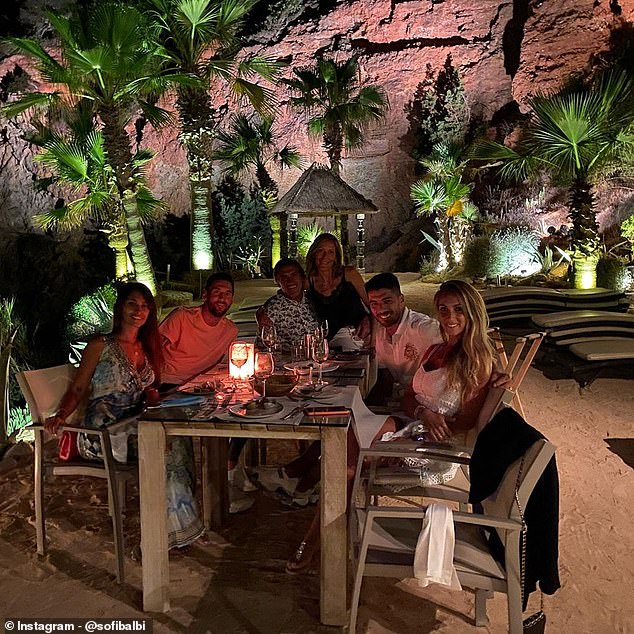 Both Messi and Suarez have been enjoying a much-needed break after LaLiga finally concluded last week, having been delayed by three months due to the COVID-19 crisis.

But having lost out on the league title to arch rivals Real Madrid, the duo will hope to set things right by winning the truncated Champions League which is due to take place in Lisbon next month.

Their first test will be to overcome Napoli in their last-16 tie, after the first leg ended in a 1-1 draw in Naples, a game which took place before matches were postponed.

The duo have not won the Champions League since 2015, when they beat Juventus in Berlin. 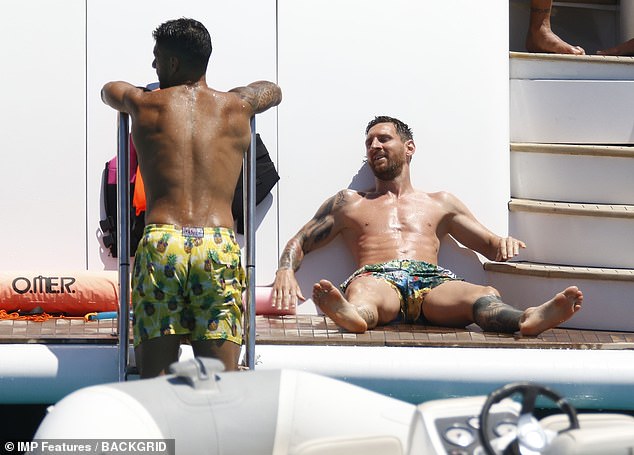 Messi launched a vicious attack on on-the-field matters after it was confirmed the Catalan giants could not win the league, with rumours of a move to Inter Milan intensifying ever since.

But Barcelona president Josep Bartomeu insisted that he believes that Messi will see out his career at the Camp Nou.

‘Messi has said on several occasions that he wants to retire here and I have no doubts that he’ll renew [his contract],’ Bartomeu told Mundo Deportivo.

‘I have a very close relationship with him, as I do with all the captains.’ 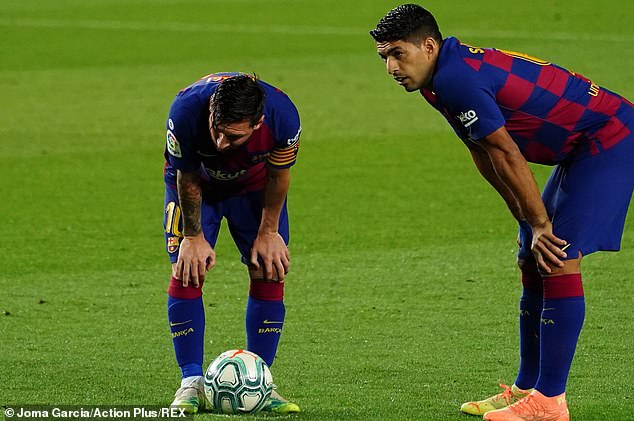 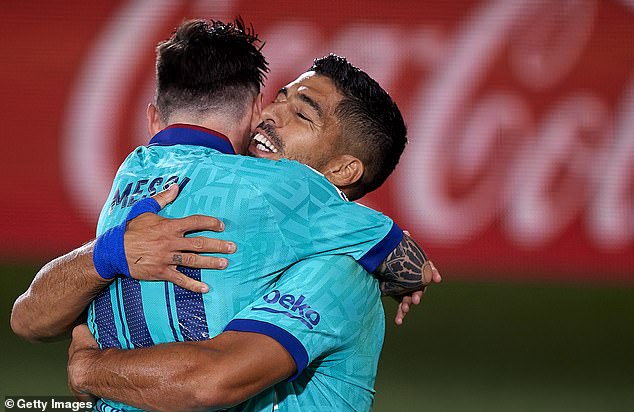