Luis Suarez has revealed that his remarkable Copa America outburst was due to a feeling of helplessness whilst watching Uruguay be eliminated from the competition, following a 1-0 loss to Venezuela.

Suarez, who was struggling with a hamstring injury picked up whilst on club duty for Barcelona, was left out of Oscar Tabarez’s match day squad for Friday’s crucial fixture.

As a result, the former Liverpool striker was forced to watch from the bench as Salomon Rondon’s first-half strike guided Venezuela through to the quarter-finals at the expense of the 15-times champions. 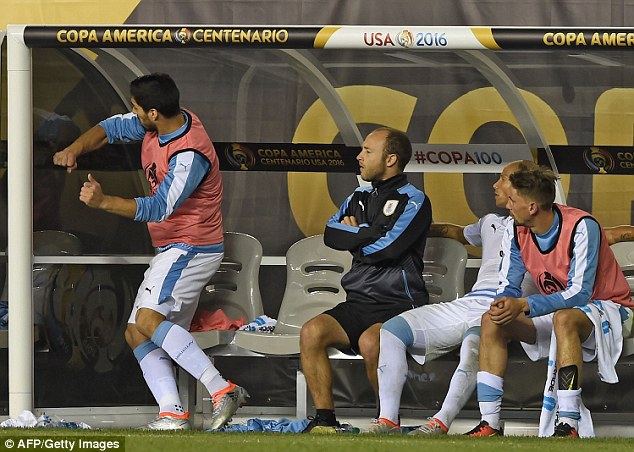 Suarez showed his anger by punching his team’s dugout during the game but insists his outburst was due to his own frustration and that he holds no grudge against Tabarez.

‘I want to clarify many things that have been said and are untrue,’ Suarez told a press conference on Saturday.

‘I am not even at 90 per cent of what I can give. The anger comes from the helplessness of not being able to do anything and seeing that we were being eliminated. 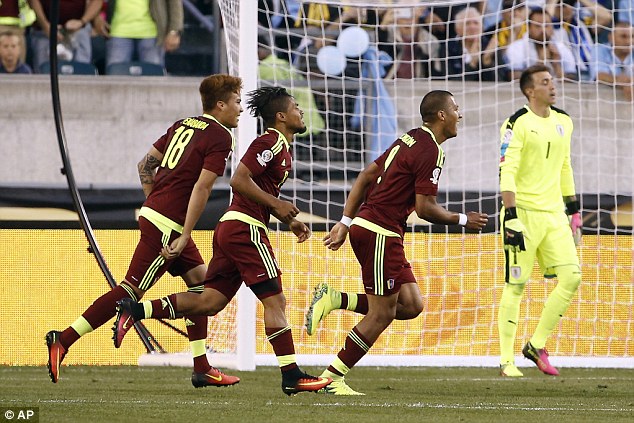 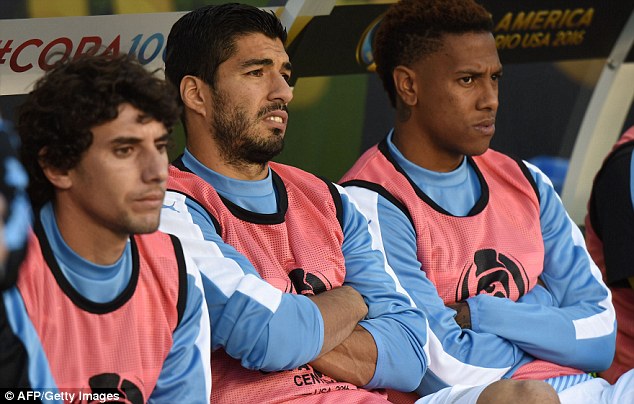 With Uruguay now eliminated from the competition, Suarez believes Argentina and Brazil are now the two firm favourites to win.

‘I think the favourites are Argentina, but Brazil are also at a high level as they showed with the 7-1 win against Haiti,’ he said.

‘We have to see how they do when playing against better rivals.’ 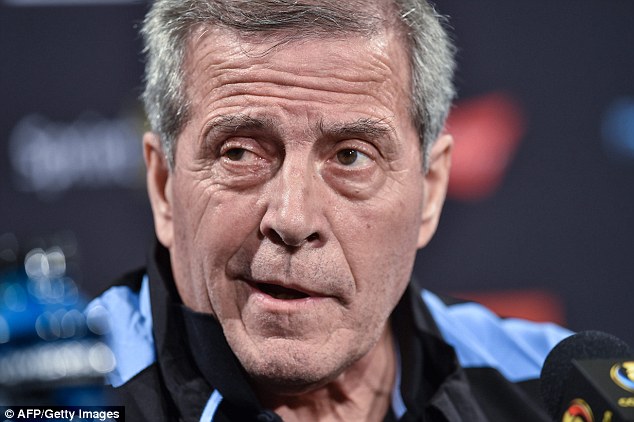