‘I don’t apologise for that’: Luis Suarez refuses to say sorry for the goal line handball that sent Ghana crashing out of the 2010 World Cup after a journalist called him the ‘devil’… and insists it was Ghana’s fault for missing their penalty!

Luis Suarez has refused to apologise for deliberately stopping a goal-bound ball with his hands during Uruguay’s 2010 World Cup quarter-final with Ghana.

Suarez was asked about the incident – which denied Ghana an extra-time winner and ultimately sent them crashing out of the 2010 tournament – during his press-conference earlier today.

Instead of apologising for his actions, Suarez blamed Asamoah Gyan for missing the subsequent penalty and said their exit from the tournament was not his fault.

A Ghanaian journalist raised the topic during Thursday’s press conference ahead of Uruguay’s final Group H clash with Ghana.

The reporter said that people in Ghana regard him as ‘the devil himself’ and that they look forward to retiring him.

Suarez responded to the comment by saying: ‘The first time, I don’t apologise about that. I take the handball – but the Ghana player miss a penalty, not me. 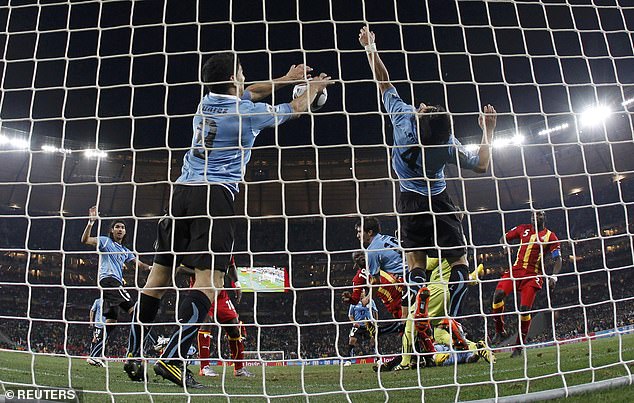 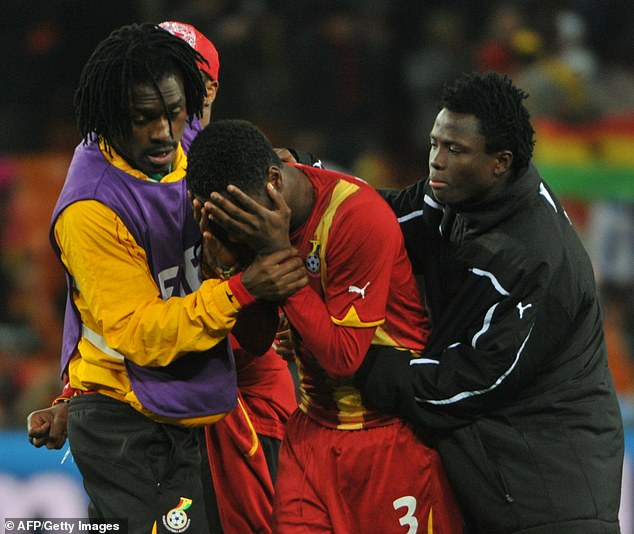 ‘Maybe I apologise if I injure a player but in this situation, I take a red card, the ref say penalty, it’s not my fault.’

All the painful memories from 12 years ago have come flooding back for Ghana as they are set to face Uruguay one the World Cup stage once again. 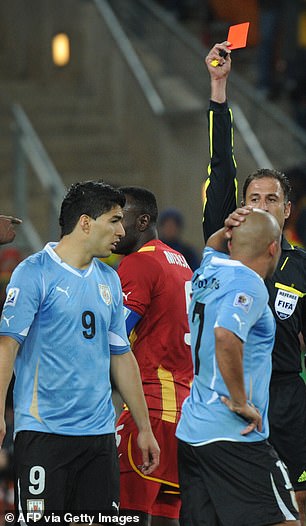 On Friday, the Africans will take on the South Americans knowing a draw should be enough to take them through at their rivals’ expense.

Additionally, it is a chance for revenge after their dramatic 2010 quarter-final in South Africa was eventually won on penalties by La Celeste.

Ghana came close to scoring an extra-time winner during the game in 2010 but Suarez once again displayed the lengths he is willing to go to win by punching a header off the line.

Suarez was duly sent off as a result of his actions and Ghana were handed a penalty. However, Gyan missed his spot-kick.

Suarez’s celebration added to Ghana’s misery as he jumped for joy before heading down the tunnel.

The game ultimately went to penalties and it was Uruguay who emerged victorious – winning 4-2 after Sebastian Abreu, Andres Scotti, Mauiricio Victorino and Diego Forlan scored their spot-kicks.

Nevertheless, the handball during the game left a bitter taste for a heartbroken Gyan — and nation — and placed Suarez firmly in the role of public enemy No 1.