Uruguay’s Copa America Centenario hopes hang in the balance as they take on Venezuela, but star striker Luis Suarez is still not fit to spearhead the team.

He watched on from the bench, frustrated, as Mexico romped to a 3-1 victory over La Celeste in Arizona, and will have to do the same again in Philadelphia on Thursday night.

Venezuela saw off Jamaica in their first game thanks to Salomon Rondon’s strike and will have the bit between their teeth as they seek to confirm their qualification from Group C. 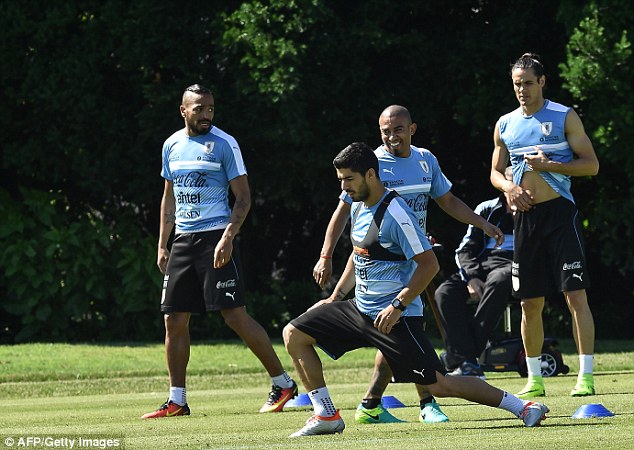 Edinson Cavani will have to struggle on up front for Uruguay without the top quality support Barcelona striker Suarez offers.

‘Suarez is doing his rehabilitation. He is on day 17, and he has not finished that rehabilitation yet. Until that happens, he will not be used in the team,’ said coach Oscar Tabarez on Wednesday.

Suarez injured his hamstring in the Copa del Rey final and cried on the bench during the rest of the game, as he was forced to think about another summer unable to help his national team. 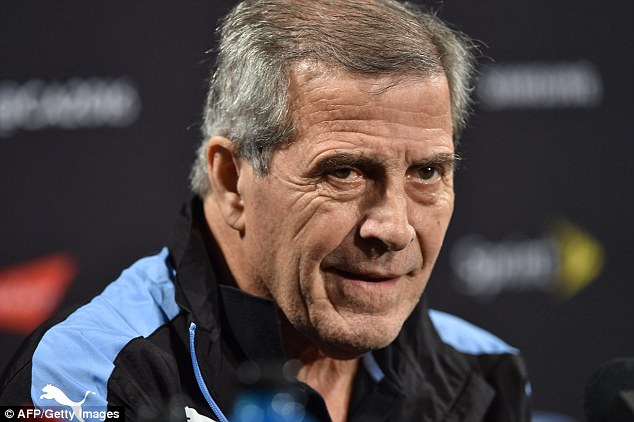 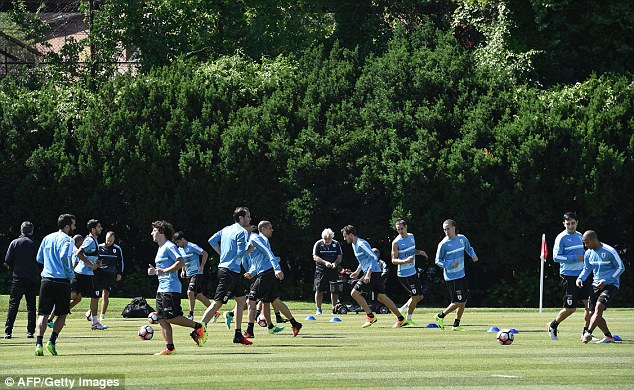 He missed the 2015 Copa America because of his suspension for biting Giorgio Chiellini and only made his international comeback in March of this year.

For Suarez to get a chance to play this summer, Uruguay must avoid defeat against Venezuela, at the very least. Tabarez is confident of success.

‘I’ve got a good idea about the team I will pick and the situation we’re in. We know what to do to win this final,’ he insisted.

Elsewhere in Group C, Mexico take on Venezuela in Pasadena, California, with tens of thousands of El Tri fans set to arrive at the venue, with a predicted crowd of more than 80,000.

Mexico can reach the next round if they beat the team they overcame in last year’s Gold Cup final.

Coach Juan Carlos Osorio will look to take Jamaica on at their own game. ‘We are selecting a very athletic team, as athletic a team as we can pick,’ he said. 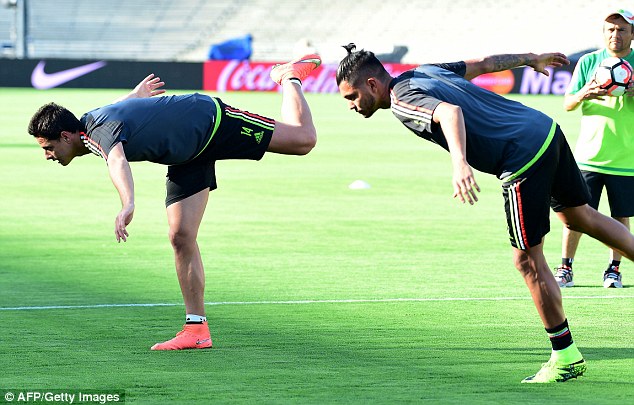 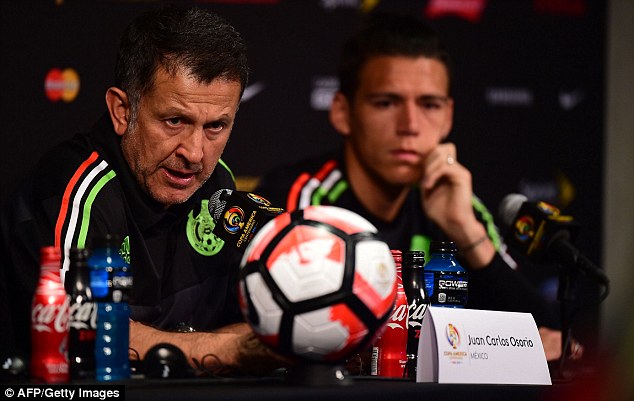 ‘We think that we will have, in the first 11, six players that are very good in the air. We will try to defend in a proactive way, rather than a negative way. Instead of going toward our goalie, we will go toward their goal.’

Osorio will need to pick a replacement for Andres Guardado, who was sent off in his team’s win over Uruguay, but didn’t confirm who he would pick as the PSV midfielder’s replacement.

Regardless, Mexico know they can rely on the vocal support of their fans as they take on the Reggae Boys. Centre-back Hector Moreno said he was grateful for it.

He explained: ‘Every time we play here in the United States, we are very privileged. We are blessed to have the support of people here. Whether it’s Los Angeles or any major city [in the USA], they come to support us, and we use it as extra motivation.’

If Mexico win on Thursday night, roared on by their fans, they will cement their status as one of the favourites for the tournament.

If Uruguay can do the same then they will be giving themselves the best chance possible, handing Suarez a platform to make an impact when he returns.