Gareth Bale’s closest friend in the Real Madrid dressing room, Luka Modric, put the case forward for him being included in Tuesday’s Champions League team against Juventus, but Zinedine Zidane was giving no clues as to his starting line-up in Turin.

Speaking before the first-leg both men were asked about Bale who scored twice in Saturday’s 3-0 win over Las Palmas but could lose his place in the starting line-up against Juventus.

Modric said: ‘Gareth is happy at the moment. It’s been a difficult season for him with injuries but he is training well, playing back to back games and scoring goals. 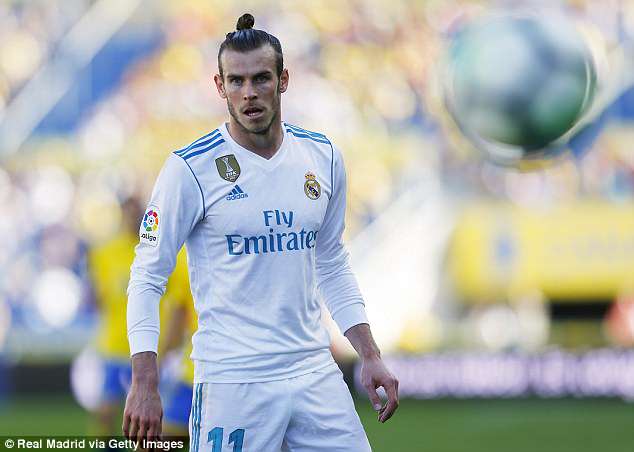 ‘We all know what he brings to the team. When he is physically right he shows his quality. He is very important for us. He pace and direct running helps us and that is why it is so important that he is fit for us.’

It was Modric who played the pass that sent Bale racing clear on Saturday to score his first goal and the two have connected at Madrid just as they did at Tottenham.

But asked about Bale’s biggest rival for a starting place, Isco, Modric added: ‘If we play with one or the other the important thing is that we are together on the pitch. If Gareth plays or if Isco plays it’s the same. Isco is a fantastic player. Both give a lot of quality to the team.’ 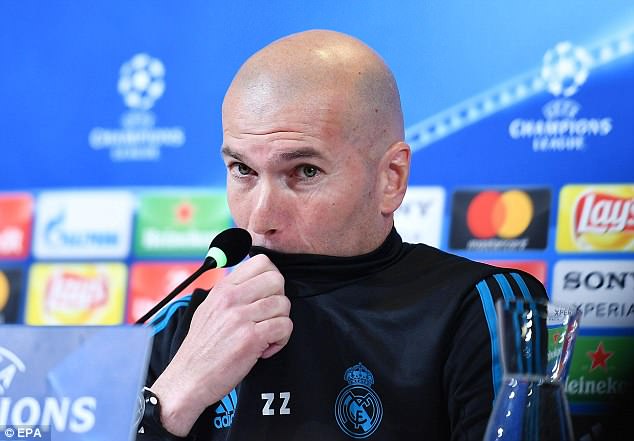 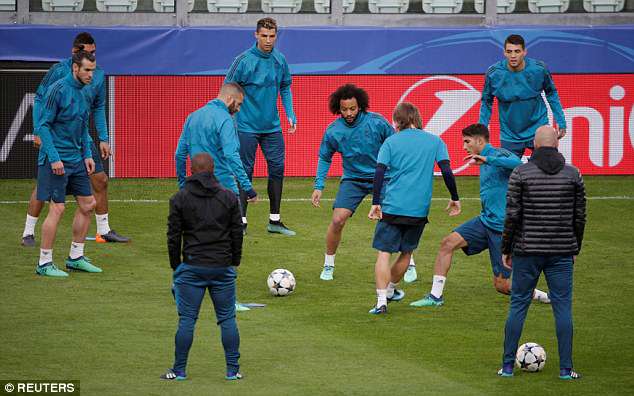 Zidane knows that if Isco gets the nod then he will be repeating the line-up he used in the Champions League final in Cardiff but he said: ‘What happened 10 months ago has nothing to do with this game. This is another set of circumstances. A lot of time has passed so it’s not relevant and we could play a different team or the same one..

‘Our league season has not been as good as we had hoped. But we have all our players back now apart from Nacho [out with a hamstring strain] everyone is available. While that gives me a selection headache, it’s good for us.’

Zidane has upset both Bale and Isco this season as Lucas Vazquez and Marco Asensio have moved ahead of them in the pecking order. But the French coach is expected to leave Vazquez and Asensio on the bench for this game and start with Isco or Bale. He denied a rift with either player. 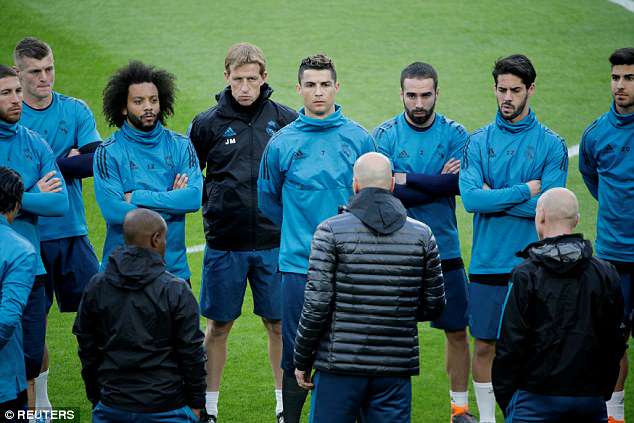 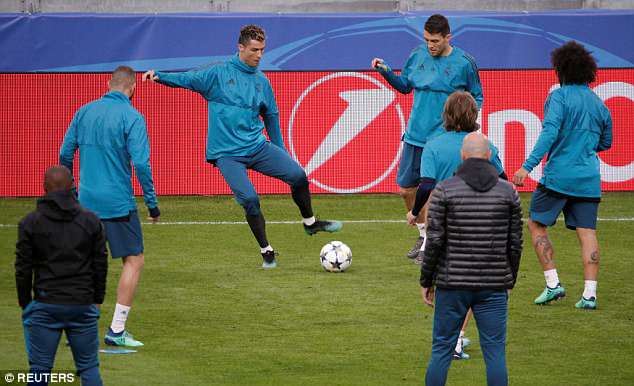 Cristiano Ronaldo passes the ball during a passing drill

‘There are no reserves or first-team players here,’ he said. ‘That’s really what I believe. Some play more than others depending on the moment. All my players should feel that they are important. Isco plays more with Spain but they have maybe seven games and we have over 50.’

Isco did not play at all at the weekend but is fully fit so he is expected to start. That will relegate Bale to the bench unless Zidane springs a surprise and drops Karim Benzema.

Asked about the French forwards lack of goals this season Modric added: ‘He has scored some important goals but there are other things that he brings to the team.’