Luke Shaw jokes after pushing Jean-Pierre Nsame off the pitch

‘Just look at it as a last dance mate’: Man United defender Luke Shaw jokes after pushing Jean-Pierre Nsame off the pitch as Young Boys striker tried to waste time as he was substituted

Manchester United earned a narrow win over Young Boys thanks to a late winner from Maruoane Fellaini to secure a spot in the next round of the Champions League.

With the score level at 0-0 until late on, Young Boys were hoping for a draw, and turned to a few classic time wasting tactics to run out the clock.

In the 82nd minute, Jean-Pierre Nsame was substituted for Nicolas Moumi Ngamaleu, and United player Luke Shaw wasn’t a fan of how long Nsame was taking to leave the pitch. 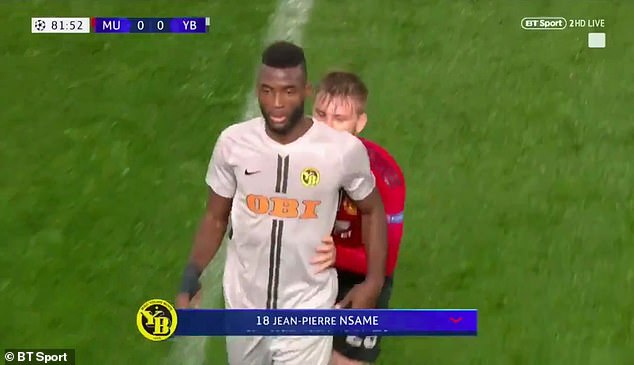 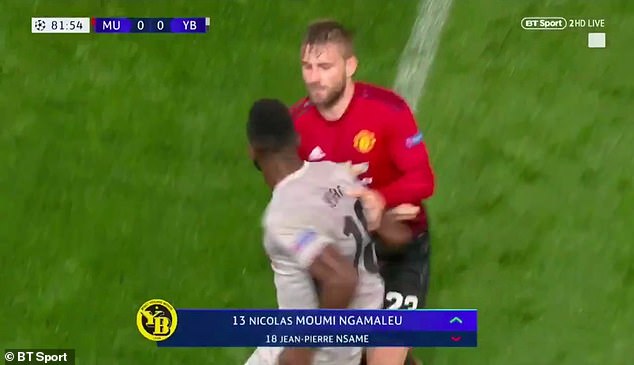 Luke Shaw took to Twitter, along with the joking caption ‘Just look at it as a last dance mate’

Shaw gave Nsame a helping hand by pushing him towards the sideline, and an angry Nsame turned around and pushed him off.

Luke Shaw then poked fun at the incident on Wednesday, posting a video to Twitter along with the caption ‘just look at it as a last dance mate.’

They certainly did look they were in the middle of a dance routine at one point, as Shaw held Nsame around the waist from behind. The violence at the end probably wouldn’t have received a very good score from the Strictly Come Dancing judges however. 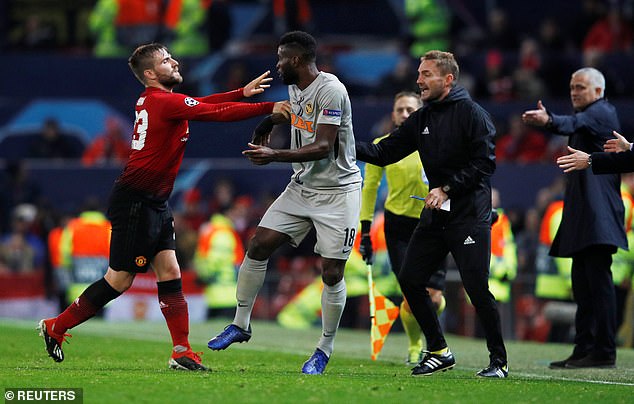 And it was indeed a last dance for Nsame, as Young Boys won’t be participating in the next round of the Champions League. Manchester United and Juventus are the teams Group H who’ll be progressing.

Luke Shaw recently signed a new five-year deal to stay at Old Trafford. He’s played in all five Champions League games this season, and has a goal and an assist from his 11 games in the Premier League.