Inter lost 2-1 at home to Barcelona and their exit from Europe’s premier competition means they will now enter the knockout stages of the Europa League.

There is a subsequent chance that Inter could be drawn against Manchester United when the draw for the next round is made on Monday in Nyon. 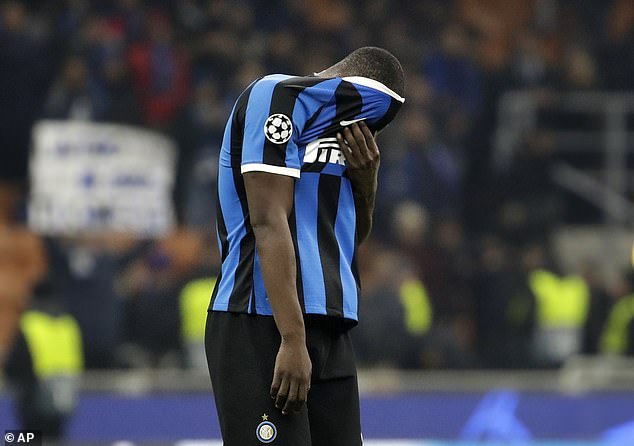 And that gave Shaw plenty of reason to mock former United team-mate Lukaku just a couple of hours after Inter’s defeat at the San Siro.

He tweeted an old post of Lukaku’s, which showed a picture of the striker smiling followed by the smiley emoji and a caption that read: ‘UCL’. 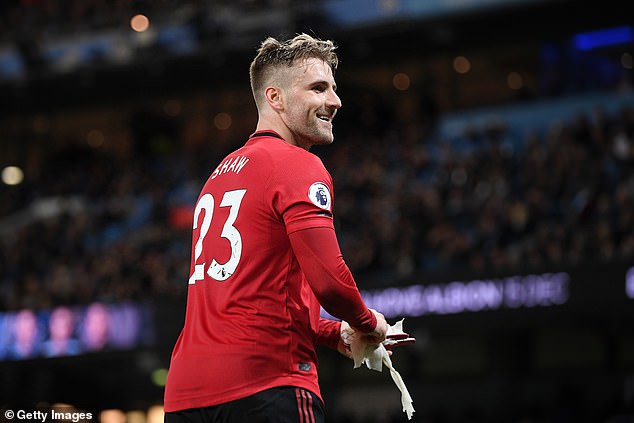 You sense that Shaw had been waiting to get his own back for some time after Lukaku tweeted the sprinting stats for the whole of the United team at the start of the season.

Lukaku’s post, which happened before he left for Italy, revealed that Shaw had the slowest sprint speed of 31.03kmph, which was slower than more senior players such as Juan Mata and Nemenja Matic. 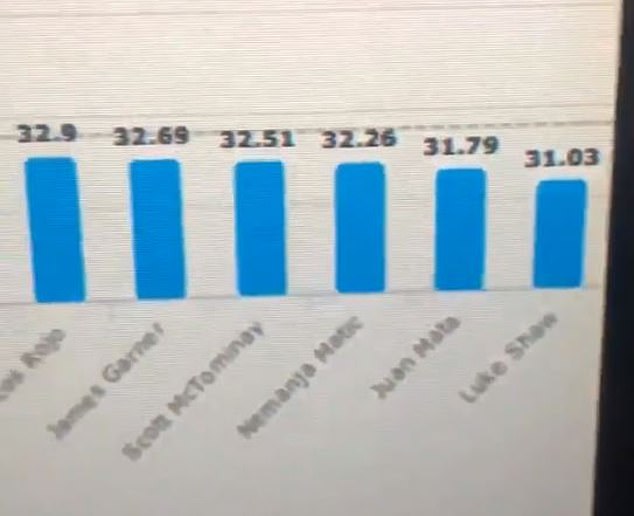 ‘Thanks for finally showing the world that I’m quicker than Luke Shaw bro,’ wrote Mata on Twitter at the time.

Shaw did chip in and added he wasn’t going at 100 per cent in the session: ‘They only wanted me to go 70 per cent don’t let me start speaking on you boy.’