An urgent warning has been issued by the Australian Federal Police over counterfeit money brought into the country as gifts for Lunar New Year.

The ‘joss paper’ and Chinese Training Notes are printed so they resemble Australian bank notes and are used as part of Lunar New Year ceremonies.

However, there are concerns the ‘fake cash’ could be circulated as legal tender.

Shopper and retailers are being warned to keep an eye out for the security measures on regular notes.

‘The differences between imitation notes used in these celebrations and Australian currency may appear obvious to most, however we’ve seen over $500,000 face value of joss paper, which appears to replicate Australian currency, passed through an assortment of retailers, licensed venues and family run businesses over this same period,’ she said.

‘We are reminding the public to be aware of the security features that are present on all genuine Australian banknotes and help to determine if it is real currency.

‘Australian currency is also made from more durable materials, specifically polymer, compared to paper-based currencies that these fake notes usually consist of.’

Security features on banknotes include 3D images, a number that reverses when the note is held on a certain angle, and a rolling colour effect that presents images when the currency is moved in the right way.

Detective Superintendent Crossling said the AFP and Reserve Bank of Australia work closely together to manage the threat of counterfeit money.

‘Penalties for offences within this Act range from fines, not exceeding $2,000, up to a maximum of 12 years imprisonment,’ he said.

‘If a member of the public believes they have been victim of such offences, we encourage them to report it to local or federal authorities.’ 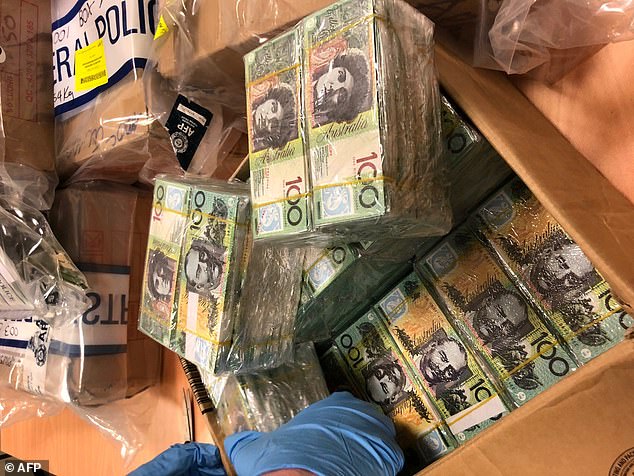