Lunch fit for a hero of the Empire

General Sir Charles Napier was, in many ways, a curiously enlightened imperialist. A soldier and statesman whose military career started at the tender age of 12, he helped give the Frogs a jolly good bashing in the Peninsula War, where he was wounded, left for dead and taken prisoner. Most men would have called it a day, but Napier was made of sterner stuff.

He returned to the Iberian fray, had two horses shot from under him, bashed a whole lot more Frogs and received a fistful of medals. India was next, as Major General of the Bombay Presidency of the Indian Army. There was the usual subjugation of those ever-restless natives, mainly the quelling of endless insurrection in the Sindh province. But Napier being Napier, he went further and conquered the whole province. 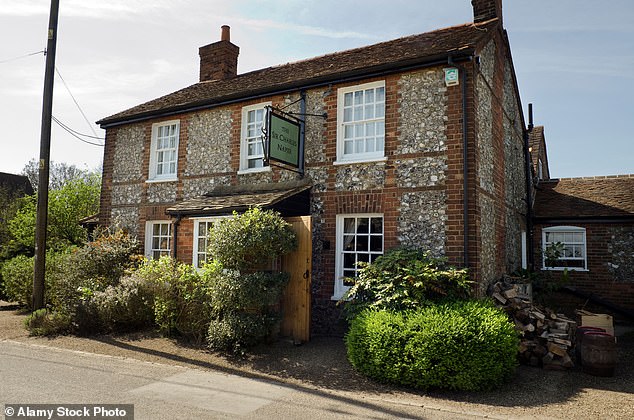 The Sir Charles Napier in Sprigs Holly, Oxfordshire, is a red-brick, wood-beamed place far removed from the hurly-burly of dusty battle and an empire long passed

‘Peccavi,’ he was said to have written in a telegram home. The Latin for ‘I have Sinned’. Or Sindh. Geddit? Anyway, so far so colonialist, I hear you cry. But not only did Napier stridently oppose sati, the tradition of burning widows alive on their husband’s pyre, but slavery too. By the time he was made Commander-in-Chief in India, he clashed with the self-important Lord Dalhousie (India’s Governor General) over the latter’s policy of burning villages that had failed to pay their taxes. ‘This was as impolitic as it was dishonourable to the character of British soldiers,’ Napier cried, with vehemence.

And once home, in his splendidly named book Defects, Civil And Military, Of The Indian Government he fired off one last posthumous salvo, aimed at the arrogance of English colonial powers. ‘The younger race of Europeans keep aloof from Native officers… How different this is from the spirit which actuated the old men of Indian renown.’ He argued that British officers should learn the local lingo, and that Indian soldiers should be treated with respect. ‘The Eastern intellect is great, and… they must be placed on a par with European officers.’ Amen to that.

There’s a statue of Napier in Trafalgar Square, and a New Zealand town named in his honour. There are also ten or so pubs, one of which, The Sir Charles Napier in Sprigs Holly, Oxfordshire, is a red-brick, wood-beamed place far removed from the hurly-burly of dusty battle and an empire long passed. Deep in the Chiltern Hills, it has an exuberantly flowering garden, where oversized bronze foxes and snails gaze out over an immaculate lawn. We drink pints of local IPA, as small planes scrawl vapour trails across brilliant blue skies, their low drone melding with the growl of distant tractors.

We move, as slowly as those gastropods, from garden bench to small wooden table, in the cool shade of the trellis. And eat fat strands of immaculate crab, picked that morning, fresh as a saline-scented breeze. The delicacy of the white meat offers sweet contrast to the marvellously murky depth of a brown crab mayonnaise. There’s a sly honk of horseradish, and intense tomato consommé that seems to contain the very essence of southern summer. 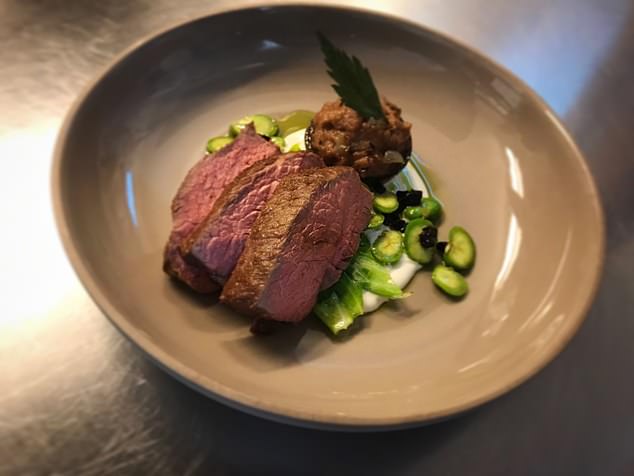 Rump of lamb, yoghurt and broad beans. Service is as sweet as the home-made ice cream

Sara’s salmon reminds me quite how beautiful the fish can be, all gentle cured, vivid amber translucence, coated in a slip of herbs. A lone asparagus adds a last gasp of late spring, the splodge of Avruga caviar a gentle salty kick. It’s a dish of immaculate poise and balance, as pretty as a Fabergé brooch. Even chicken, one of those meats I tend to avoid in restaurants unless it’s deep fried and squawking with chilli, is memorable, poached soft and tasting of a life well lived. The sauce, spiked with vin jaune, is both rich as a Home Counties Porsche dealer and as light as the cut of his jib. Morels add honeycombed extravagance, Jersey royals their ephemeral scent of virgin soil. Like the salmon, this is English summer deluxe, cooked with the most delicate of hands.

When it comes to the steak, though, there’s no mucking about: a great hunk of chewy, well-bred rump, cooked rare and oozing macho minerality. Big fat chips beg to be dunked in a peppery salsa verde, while onion wings are clad in the most billowing of batters. As for a side order of braised baby gem with crisp chicken skin… it’s what every side dish should dream of being when it grows up. Service is as sweet as the home-made ice cream. So yup, this is a gastropub, albeit one wearing handmade Lobbs. And like its namesake, it melds the traditional with the quietly modern. It’s a lunch worthy of this exquisite English country garden. Sir Charles would be proud.

Dinner with old mates Haydn and Jax at Spice I Am in Surry Hills, Sydney. Fiery larb, khanom jeen, jungle curry and much else. For real Thai, Sydney rocks.

Back to Melbourne. Long day on set, then some serious wagyu shabu-shabu at Wagyu Ya in South Yarra.

Natto, then home-made noodle soup with lots of chilli and XO sauce. Made in my hotel room.