Lurnea, Sydney: Horror as a six-month-old puppy is deliberately set on FIRE while locked in a cage

A six-month-old puppy has been euthanised by police after allegedly being deliberately set on fire by its owner while locked in a cage.

Emergency crews were rushed to a unit on Wonga Road in Lurnea in Sydney’s south-west just after 3.20am on Friday morning after reports of a unit fire.

The blaze – which caused significant damage to the unit – was extinguished and the puppy was then found in a cage on the balcony suffering from severe burns.

Police allege the puppy, believed to be a Staffordshire Bull Terrier, had been set alight.

A six-month-old puppy, believed to be a Staffordshire Bull Terrier, has been allegedly deliberately set on fire by its owner (file image)

The puppy has been humanely euthanised, a New South Wales Police spokesman said.

The 39-year-old male occupant was arrested and taken to Liverpool Police Station. 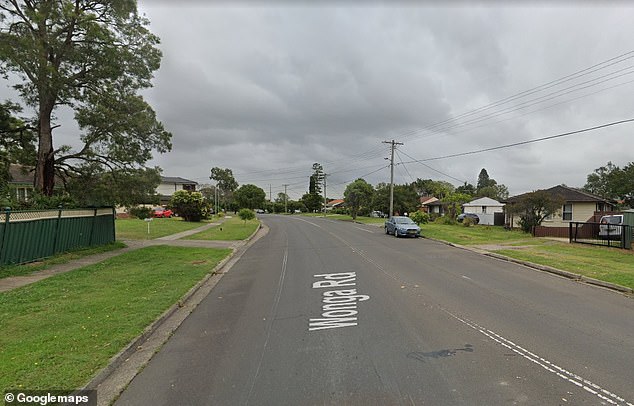 The puppy was found suffering from severe burns in a unit on Wonga Road in Lurnea in Sydney’s south-west after emergency crews extinguished a fire at the apartment just after 3.20am on Friday morning

Authorities though have yet to verify the exact breed of the puppy.

There have been no further reports of injuries.

A crime scene has been established as inquiries continue.