High-end fashion brands are more likely to rely on forced labor factories to manufacture their products that are then sold to consumers in the West, a new study has claimed.

A nonprofit group called KnowTheChain ranks companies based on the extent to which they have reformed their supply chains so that products are not made by exploited labor.

It found that luxury brands like Prada, Salvatore Ferragamo, Fendi, and Christian Dior were more likely to use workers who are vulnerable to exploitation in textile factories, according to Fast Company.

Popular names in apparel simply do not provide enough information about their supply chains because they often use an opaque web of factories and recruitment agencies whose practices are considered exploitative, KnowTheChain says.

Workers in poor countries are often made to pay thousands of dollars in recruitment fees that are deducted from their salary.

As long as the fee is not paid, the factory could hold the employees’ passports or other key documents.

If workers don’t earn enough money to pay back the fee, they are essentially slaves.

Brands simply don’t provide enough information about their supply chains because they often use an opaque web of factories and recruitment agencies whose practices are considered exploitative, according to a nonprofit. A bags factory in Shenzhen, China is seen above

KnowTheChain studied one audit which found that an apparel company in Taiwan charged migrant workers $7,000 for a job at a fabric mill.

Another factory in Taiwan reported that 82 per cent of its workers had their passports confiscated.

Brand names like Celine and Rimowa normally use European workers to manufacture their products, but these employees have also been subjected to harsh conditions, including ‘staggeringly low wages’ and limited time off in places like Bulgaria, Macedonia, Moldova, Romania, and Turkey.

Other luxury brands, including Burberry, Ralph Lauren, and Kering – the owner of Gucci, Balenciaga, and Saint Laurent – have fared better in maintaining an ethical supply chain, according to KnowTheChain.

The companies that have done the most to ensure that factory workers are treated fairly according to Western labor standards are athletic apparel brands such as Adidas, Lululemon, and Gap.

KnowTheChain notes that Adidas trains its suppliers on ethical employment in factories that span Vietnam, Indonesia, China, and Taiwan. 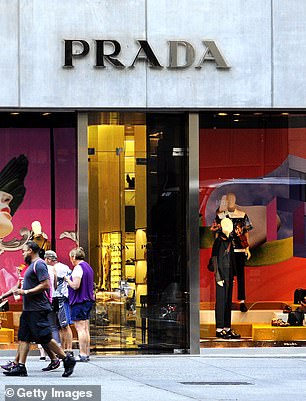 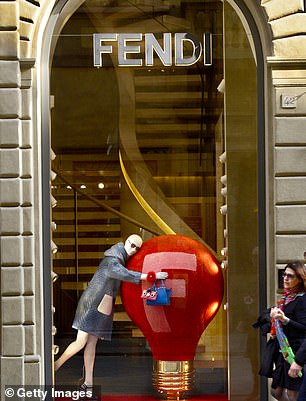 Lululemon has made significant efforts in making sure passports are returned to workers in its factories.

Both Adidas and Lululemon no longer use recruitment agencies from supply chains.

Instead, factories that work with these companies must hire workers directly.

Workers at these factories can also file complaints through a company hotline that allows them to circumvent the factory.

Other apparel brands like Nike and Puma fared above average, though not on the same level as Adidas and Lululemon.

Other brand names that received good marks from KnowTheChain are Gap (which includes Old Navy and Banana Republic), Primark, and H&M.

Both Primark and H&M use mandatory ‘modern slavery’ training at their factories.

Walmart did slightly below average, but still better than a lot of luxury brands.

KnowTheChain grades companies on the transparency of their supply chain, as some brands may use factories that outsource part of their work to other factories.

Companies are encouraged by KnowTheChain to hire workers directly rather than using recruitment agencies.

Brands need to know how their products are made in the supply chain. Otherwise, they receive a lower score.