New footage from a 2016 interview with police of Sherri Papini, who mimicked the plot of ‘Gone Girl’ by attempting to execute her own kidnapping, shows the mother of two speaking to police with a swollen and bandaged nose in the immediate aftermath of the ordeal.

In a clip that aired Friday morning on Good Morning America, Papini, 39, is seen with a bandage across the bridge of her nose as she told law enforcement officers she was hesitant to discuss the kidnapping with them because she doesn’t know if they’re ‘in my corner.’

‘I know my husband. I know my husband is in my corner, but you know, there was a lot of other things and I know that you guys know everything about everything. It’s embarrassing and yucky and that’s weird for me.’

Papini, a mother of two, faked her kidnapping in 2016, including a number of self-inflicted injuries that she presented to police and medical examiners

Her plot was ultimately foiled when law enforcement discovered she had been sheltering with her ex-boyfriend, who helped her inflict some of the wounds she re-emerged with 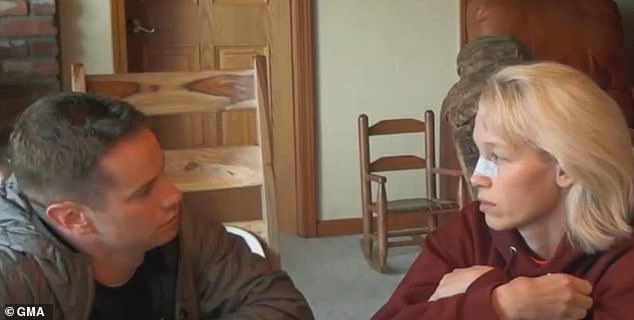 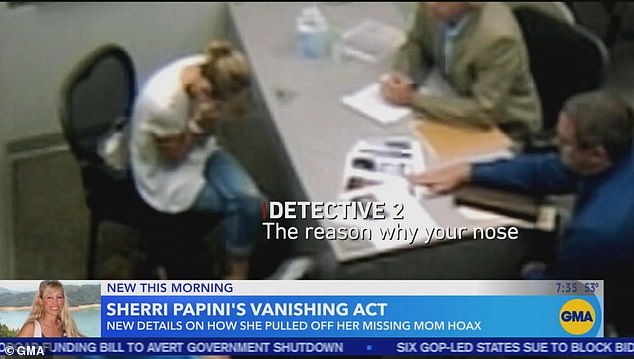 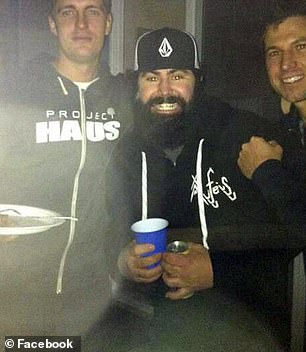 James Reyes told police that Papini caused self-inflicted injuries while staying with him, including hitting herself to create bruises and burning herself on her arms

ABC will air a new episode of 20/20 entitled The Vanishing Act on Friday night that focuses on Papini’s hoax that had the country fooled for years.

In November 2016, Papini disappeared from her Redding neighborhood while out for a jog. The married mom of two returned weeks later, almost hundreds of miles away, ‘dazed, battered and bruised,’ and insisted she was held captive for 22 days by two Latina women.

When Papini was found, she had bindings on her body and self-inflicted injuries including a swollen nose and blurred ‘brand’ on her right shoulder. She had other bruises and rashes on many parts of her body, ligature marks on her wrists and ankles, and burns on her left forearm.

Nearly six years later, Papini’s kidnapping plot unraveled and she was charged in March for perpetrating the hoax.

She ultimately pleaded guilty to one count of fraud and one of lying to a federal office.

‘I am deeply ashamed of myself for my behavior and so very sorry for the pain I’ve caused my family, my friends, all the good people who needlessly suffered because of my story, and those who worked so hard to try to help me,’ she said in court.

‘I will work the rest of my life to make amends for what I have done,’ Papini said.

She was sentenced earlier this month to 18 months in prison, more than double the amount of time requested by the prosecutors, and will be forced to pay more than $300,000 in restitution for funds the state spent on her investigation.

The mother of two must turn herself in by November 8. In addition to her prison sentence, Papini will undergo 36 months of probation.

Papini’s husband, Keith Papini, filed for divorce from his wife of more than a decade in April, after sticking with her for the past six years since the alleged kidnapping.

He has filed for sole custody of their two children, Tyler, 9, and Violet, 7.

He has also filed to be awarded sole use of the couple’s rented home in Redding, California, their three cars, a Ford Majestic motorhome and a Correct Craft Wakeboard boat.

The divorce papers show she and Keith split up the same day she was arrested this year and describe how Papini was ‘literally tackled’ by law enforcement officers during the arrest outside her children’s school. 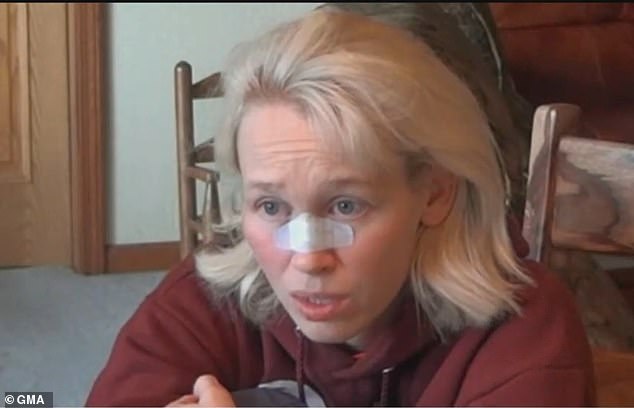 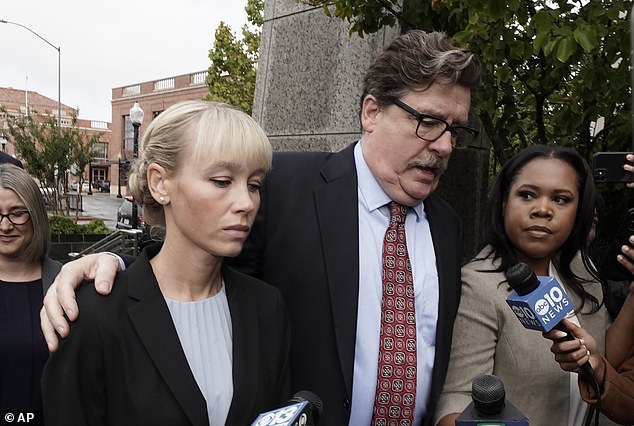 Papini arrives at the federal courthouse for sentencing accompanied by her attorney, William Portanova, in Sacramento, her sister now says that Papini has no remorse or guilt for her actions 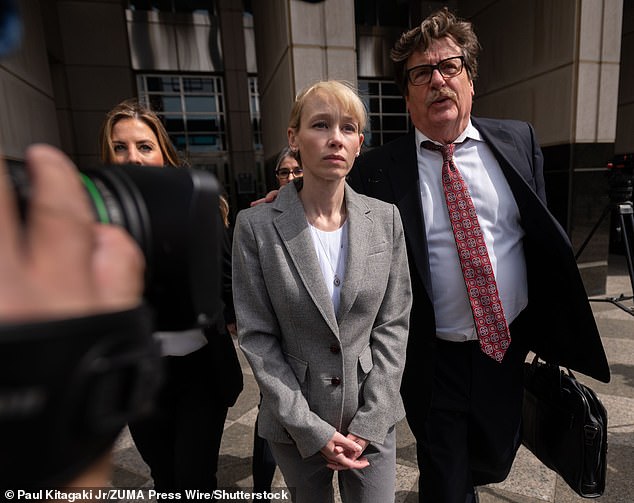 Appearing before a judge in April, Papini, 39, broke down in tears as she admitted faking her own abduction six years ago 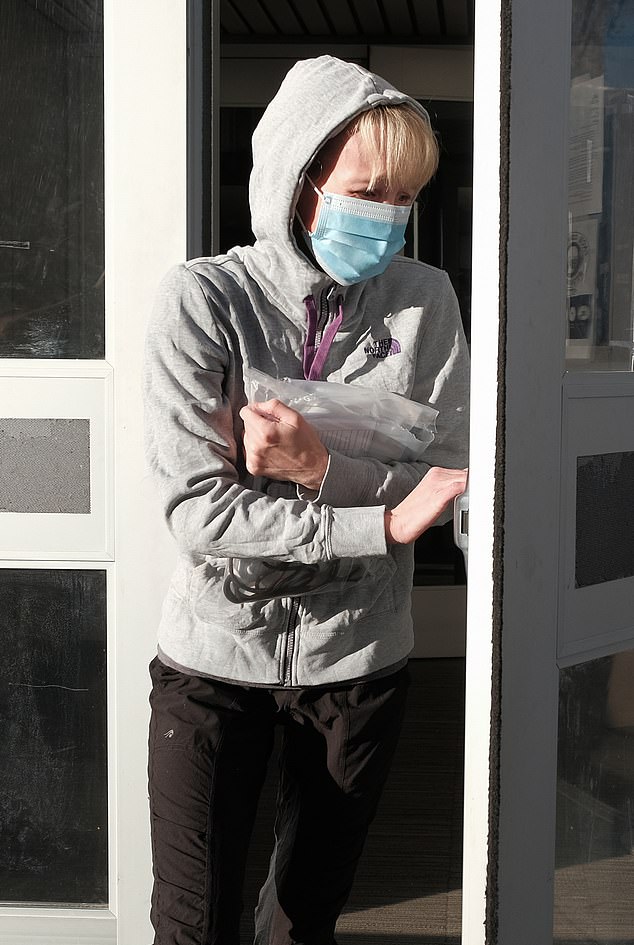 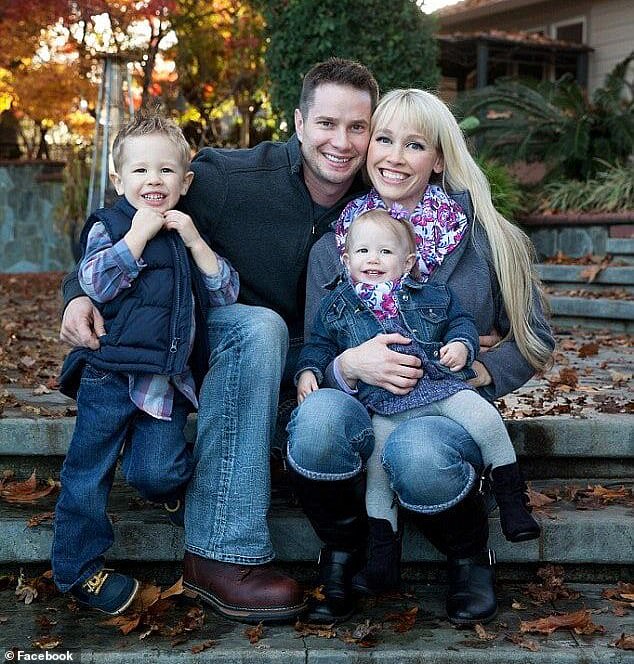 Keith – with whom she shares children Tyler, 9, and Violet, 7 – filed for divorce on Wednesday – two days after she pleaded guilty 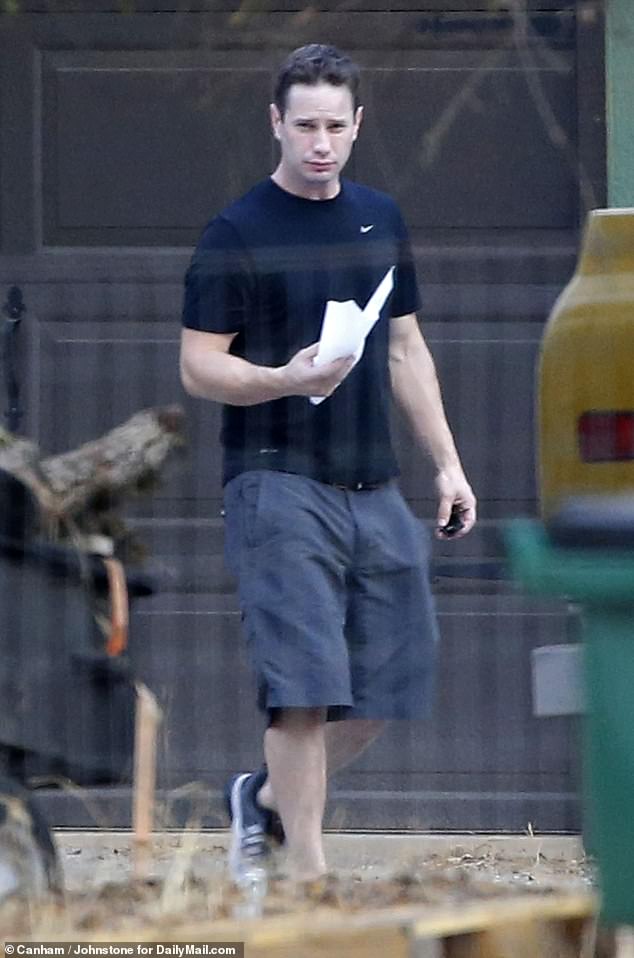 Court papers seen by DailyMail.com reveal Keith (pictured in 2017) claims Sherri is ‘not in a position to provide good parenting’ to their son and daughter 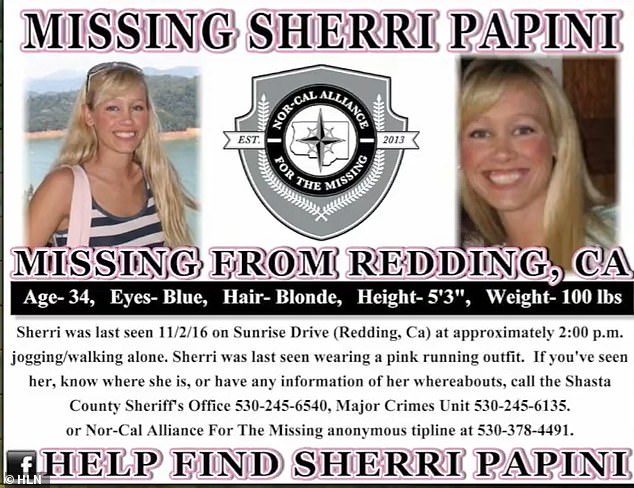 Police and the world were on the lookout for Sherri when she went missing in 2016. When Papini arrived back in 2022 she told the hoax of her disappearance and convinced the world of her story before she was formally charged earlier this year