Lyle Menendez has told how he will spend his first Christmas in 23 years with his brother Erik since the siblings were convicted of killing their parents in their Beverly Hills mansion.

In an exclusive prison interview with DailyMail.com, Lyle said he and Erik will ‘definitely’ spend Christmas Day together and hopes the festive period will be ‘special’ and a ‘little less dark.’

The Menendez brothers are serving life sentences without the possibility of parole for fatally shooting their parents Jose and Kitty Menendez in 1989 after suffering years of horrible abuse.

The pair had an emotional reunion in April this year after almost 22 years apart and have been inseparable since being moved into the same prison together.

Reunited: Lyle (left) and Erik (right) Menendez (pictured in 1990) will spend Christmas together behind bars for the first time since 1996. The brothers, who were convicted of murdering their parents in 1989, were reunited at the same facility in April this year 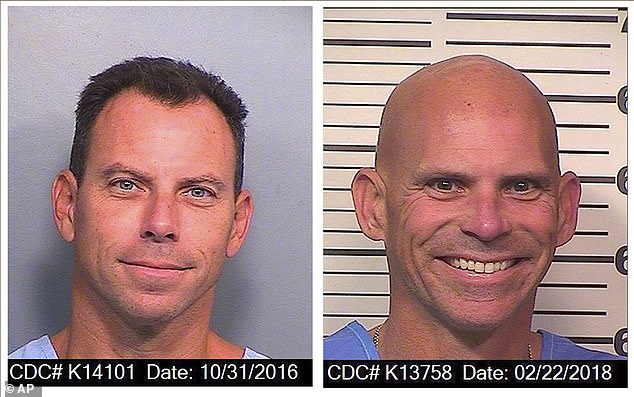 Prior to their reunion the last time they saw each other in person was September 10, 1996 following the end of their second trial at which they were both found guilty of first-degree murder.

And now Lyle, 50, has opened up about how he hopes to have a Christmas dinner with his 48-year-old younger brother and share ‘family time’ while hanging out at the prison.

The pair is being held in the same unit, Echo Yard, within the R.J. Donovan Correctional Facility in San Diego, California – a modern facility which focuses on rehabilitation.

Lyle says he and Erik ‘see each other every day’ but he expects Christmas to have a ‘different’ feeling.

‘Prison is pretty compact, everybody’s kind of in a little beehive here together so I see him throughout the day,’ Lyle said.

‘And it’s definitely going to be a different feeling on Christmas, I think, it’s interesting.’

Lyle says he and Erik have joined the EastLake Church while behind bars after it opened up a branch within the prison recently.

And he said the pastor gave a sermon last week about not losing faith in really dark times and still having hope.

He said: ‘It made me think that every Christmas – it’s generally a difficult time for people in prison, separated from their family and loved ones and maybe thinking about why they are here, but really for me it was really especially so separated from Erik and so I think this one, I just couldn’t help but think it’s going to be a little bit less dark. 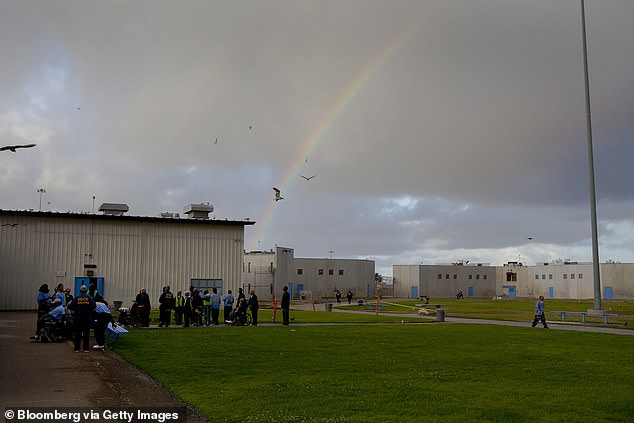 This is the prison in San Diegowhere the two brothers have been doing time since April this year. The Echo Yard facility focuses on rehabilitation and for Christmas this year, it will be hosting a holiday play for the inmates and a meal 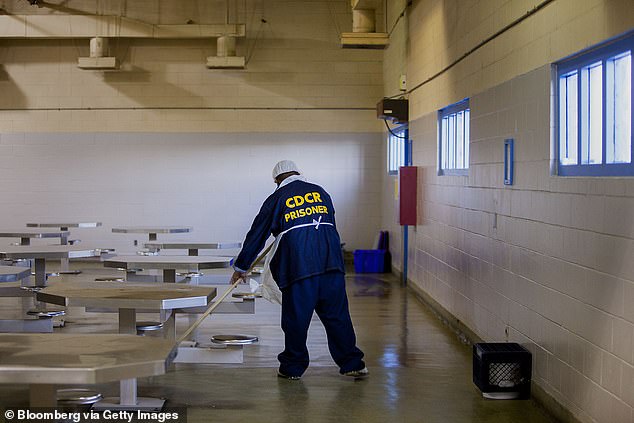 Although Lyle and Erik are in the same facility, the two are in different programs but try to see each other as much as they can

‘I told the pastor that afterwards, you know, and it’s a constant realization that, wow, my brother is here with me and it’s a little different this year, so we’ll see what Christmas is like.’

Lyle says for the most part December 25 will be a regular day in prison life but he hopes it will be ‘special’ having his brother with him for the first time in two decades.

Lyle’s wife is also coming down from Sacramento to visit him which he says is ‘wonderful’.

He says other inmates at the facility are throwing a holiday play but neither he nor Erik are taking part.

‘I’m not in the play, I’m not going to be a reindeer in the play, there were some openings for reindeers, but I’m not gonna… I’ll go watch with my brother and they do a holiday meal.

‘Sometimes the warden comes and eats with the inmates and we’ll see, it’s my first one here.’

Asked if he had a gift for brother Erik or whether he had made him a festive card, Lyle responded: ‘I haven’t done anything like that, but that’s not a bad idea maybe I will.’

He added: ‘I think for us the gift is just being here together. It can be bittersweet, right, because being together brings back a lot of memories and things from the past… it’s like seeing a family member that you have so much history with, not all of it good.

‘But at the same time it’s just, two decades being separated, every day is sort of shocking. So to just see my brother is just sort of a shock, so I don’t think it’d be any different on Christmas.’ 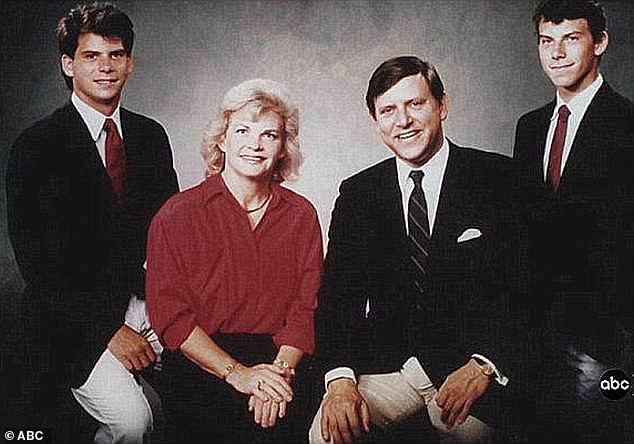 The brothers, who were 21 and 19 at the time, gained notoriety after killing their parents Kitty and Jose Menendez (center) in 1989 in their Beverly Hills mansion 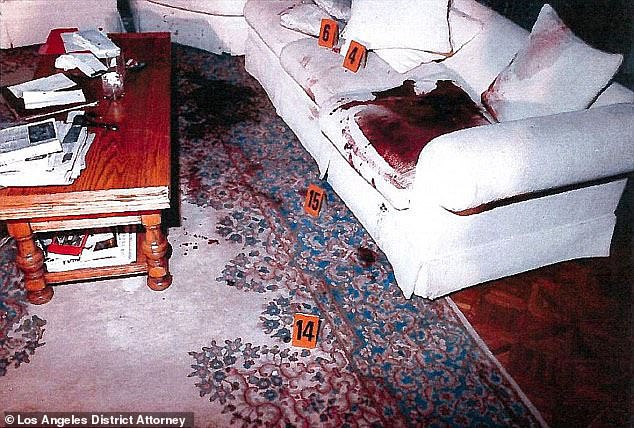 Lyle – prisoner K13758 – said he and Erik – prisoner K14101 – had settled in well at R.J. Donovan and are both busy with the various rehabilitation programs and ‘freedoms’ on offer there.

‘It’s always interesting to adjust to a new place. So, so far, you know, I think, so good. I definitely like it here in San Diego.’

He added that he and his brother have plenty of opportunity to see each other.

‘We’re both in different programs. I try as much as I can to make contact with him throughout the day,’ Lyle explained.

‘I try to at least exercise with him every day, so we’ll try to figure out a time to do that.

‘So that becomes a time where we can meet up and then we can go to meals together and then we have the same job as an NDA worker, an assistant caregiver worker where you push wheelchairs and help some of the guys that have disabilities so we can meet up for that everyday in the evening. So we find time.’

Asked whether things have changed in their relationship since being reunited Lyle said his brother – who was a teenager when he first arrived in prison – had ‘grown’ and become more ‘confident’ as an adult in the prison system, but it’s something they haven’t had chance to talk about.

He said: ‘At some point I imagine he’ll talk about that. We’ll talk about it together, but right now we’re just sort of, I’m just happy to be with him and you know, it’s definitely a very loving brotherly bond and it’s amazing how the separation doesn’t change that at all.’

In April, speaking exclusively to DailyMail.com, Lyle revealed the moment he was reunited with Erik after 22 years apart.

He said he tightly embraced his younger brother and said to him, ‘finally’ as they both burst into tears. 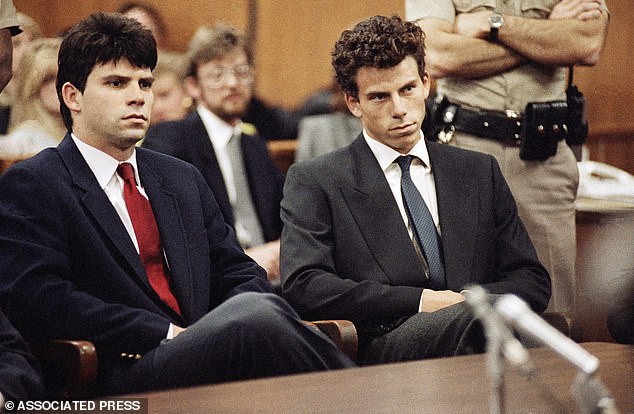 The brothers argued that they were driven to murder their father and mother after a lifetime of physical, emotional, and sexual abuse

Lyle said: ‘It’s been 22 years. So it was just something I wasn’t sure was ever going to happen.

‘It was just a remarkable moment for me and my whole family who’s had to visit us in separate prisons in two parts of the state.’

Lyle said the ‘sudden separation’ in the ‘dead of night’ had been difficult to deal with in 1996 when the pair was removed from their jail cells and sent to two different prisons.

He said the separation was ‘hugely traumatizing’ for both of them.

‘We just always knew that one of the things we wanted to do was try to be reunited,’ he said.

It has been nearly 30 years since Lyle and Erik shot dead their wealthy parents in Beverly Hills.

On August 20, 1989, the brothers walked into the den of their $5million Beverly Hills mansion and shot their father Jose point blank in the back of the head, then shot their mother Kitty in the leg as she tried to run out of the room.

In the end they shot their father five times and their mother nine, with the final bullet for each going into their kneecaps in an attempt to make the murders look like a mob hit.

It was not until March of the following year however, that police had enough evidence to arrest them, and the two were not convicted for the murders until 1996, with both given life sentences.

The brothers argued that they were driven to murder their father and mother after a lifetime of physical, emotional, and sexual abuse.

Erik said that he was sodomized by his father for the first time when he was six-years-old, and Lyle testified that Jose also made him molest his own brother when they were children. 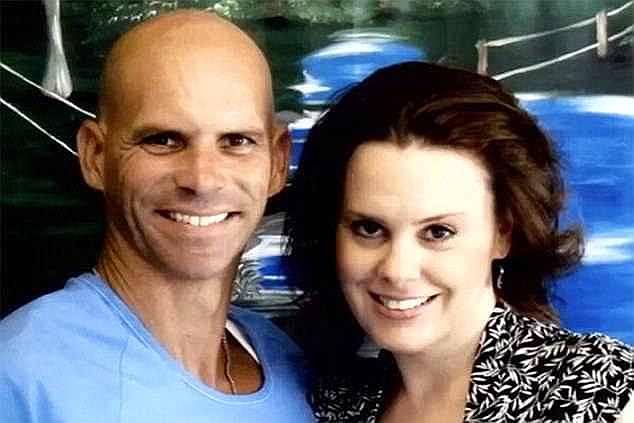 Lyle said that in addition to his father, his mother also sexually molested him.

He also testified that his father forced him to perform oral sex on his mother multiple times and sodomized him when he was just a child.

While the juries were deadlocked the first time the brothers were tried, they did not get the desired result in their second trial.

On March 20, 1996, the brothers were found guilty of first-degree murder, receiving life sentences and being spared the death penalty.

They appealed their case all the way up to the US 9th Circuit Court of Appeals but were denied every time.

At the time of their conviction in 1996 the judge in the case, Superior Judge Stanley Weisberg, and the Los Angeles District Attorney were under a huge amount of pressure after OJ Simpson was acquitted in the murder of Nicole Brown and Ron Goldman the year before.

The feeling at the time was that they needed a win.

And many believed that ultimately this affected the outcome of the second Menendez trial – also a huge a case.

The Menendez brothers are being held in Echo Yard at the R.J. Donovan Correctional Facility, which houses around 800 men, is bordered by 70ft high concrete walls with ground-floor doors leading into cell blocks.

Echo Yard, classified by the CDCR as a ‘non-designated programming facility,’ runs a special program that doesn’t follow the usual prison rules.

Cells are a racial mix, sex offenders and transgender inmates are housed with everyone else and gang affiliations are banned.

All the inmates take educational and rehabilitation courses and prisoners publish a monthly newspaper, perform music in bands and raise service dogs for wounded veterans and autistic kids.

There are yoga sessions, art classes, and correspondence courses in geography, history and other subjects.