A Massachusetts elementary school teacher says she spent a year having her severe stomach pain, vomiting, and other symptoms dismissed by doctors as anxiety and acid reflux before finally being diagnosed with stage 4 lymphoma.

Heidi Richard, 47, from Worcester, told Today that doctors repeatedly shrugged off her symptoms as indicative of less serious problems — and it took her demanding an MRI for her to get her cancer diagnosis.

‘I believed them, even though I knew something wasn’t right. I was always asking to be seen or asking somebody to listen to me. It was frustrating,’ she said.

Now a year and a half in remission, Richard is preparing to run the Boston Marathon on April 18, and has raised over $11,000 for an early detection nonprofit.

Heidi Richard, 47, started experiencing severe stomach pain, vomiting, and night sweats in the spring of 2019. She went to several doctors, who gave her antacids and anxiety medication 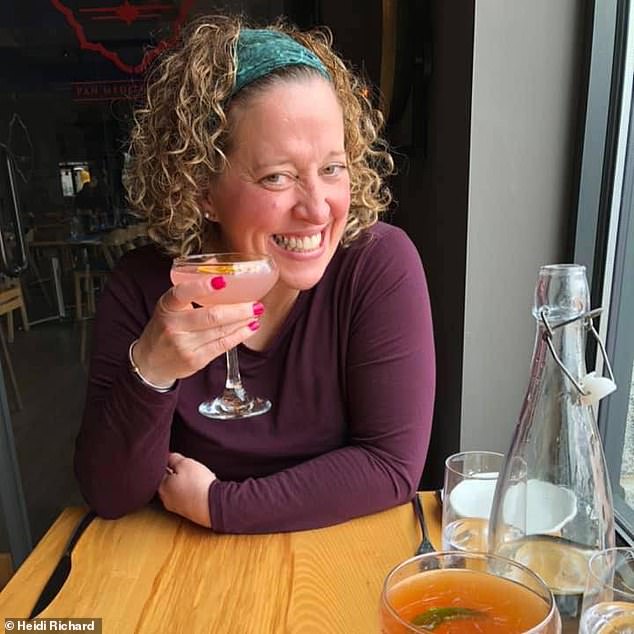 Finally, she demanded an MRI, which led to her diagnosis of stage 4 diffuse large B-cell lymphoma, a type of non-Hodgkin lymphoma, in April 2020

Richard has always been a ‘really healthy person,’ dating back to her days as a high school athlete.

But two years ago, she began getting severe stomach pain, vomiting, and night sweats at night and saw a doctor about the issues in March 2019.

Her concerns were dismissed. Richard said the doctor did some blood work, but chalked her pain and vomiting up to ‘stress or anxiety’ and gave her an antacid.

But the pain and vomiting continued, and grew so bad she was unable to eat, losing 30 lbs. without trying to.

Richard saw another doctor, who encouraged her to keep taking the antacid and also gave her anxiety medication, speculating that her issues were stress-related.

‘Something wasn’t right, I said. I know my body, I told them. But the replies came back with authority. You’re young. You must be anxious. You’re under stress. Maybe it’s mono. It could be acid reflux,’ she told Boston.com.

The symptoms only got worse. They were now no longer just at night, but in the daytime, too — and she also experience fatigue, back pain, and swelling on the side of her neck. 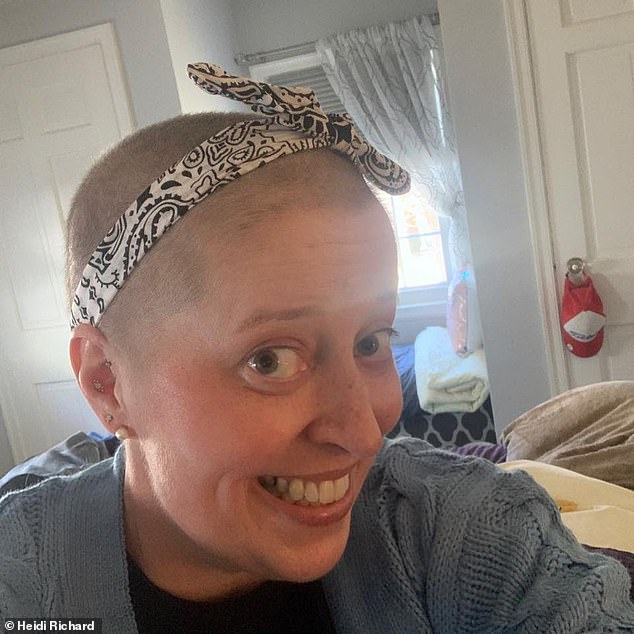 Once again, she saw a doctor, who also dismissed it as nothing serious, suggesting that she pulled a muscle and prescribing her a muscle relaxer.

This time, though, Richard didn’t accept the diagnosis, insisting that she get some sort of imaging test. She was given a CT scan, which led to a biopsy.

Finally, in April 2020, she diagnosed with stage 4 diffuse large B-cell lymphoma, a type of non-Hodgkin lymphoma. By then, it had spread to her abdomen, spleen, bone marrow, sternum, lungs, groin, and neck.

The mass in her abdomen was also pushing her intestines, which was causing her stomach pain.

Richard is frustrated that she wasn’t taken seriously from the beginning.

‘I often wonder if I would have been taken more seriously if I were male,’ she told Today. ‘Doctors kept saying, “Oh, it’s anxiety or you can’t handle the stress of your job or you’re overreacting. It’s not a big problem.” I don’t feel like they would have said those things to me if I had been a man.’

She now wonders what would have happened if she hadn’t demanded the MRI during that one doctor’s visit. 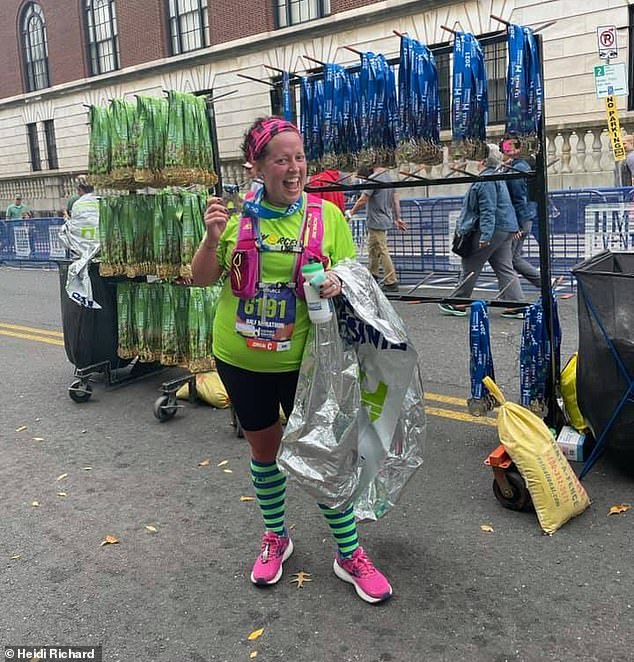 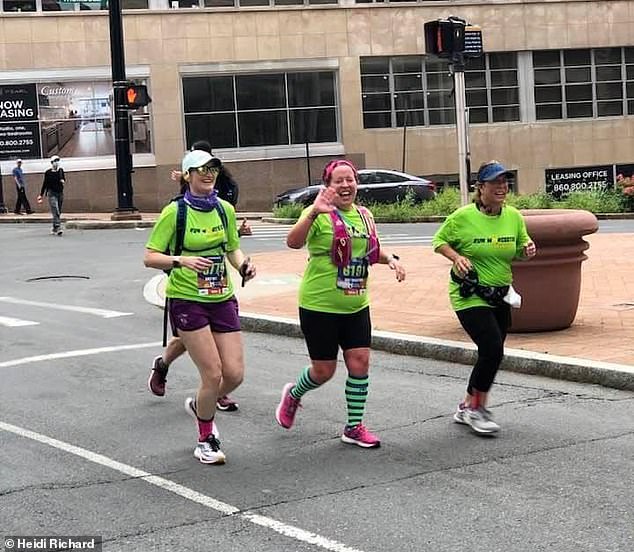 Richard’s treatment included months of chemotherapy and an autologous stem cell transplant, and she has been in remission for a bout a year and a half. She is also getting immunotherapy.

She is back to running, and is training for this month’s  Boston Marathon, even though immunotherapy makes her tired

‘I’m not as fast a runner as I used to be. I get tired more easily, so I have to take walking breaks. But no matter what happens, I know I’m going to finish,’ she said.

With her run, she is raising money for DetecTogether, a nonprofit that advocates for early cancer detection.

‘Running a marathon was an analogy that one of my nurses and I used during my treatment to help me gauge where I was,’ she said.

‘She would say, “You’re at the 10-mile mark right now,” or “You’re in the final five miles.” So to run a marathon after using that analogy throughout my treatment feels like coming full circle.’